With February 6th 2017 marking the UN International Day of Zero tolerance to Female Genital Mutilation, Professor Aisha K. Gill discusses the value of outreach services and awareness raising-initiatives, along with the need for diverse responses to be integrated, rather than applied in an either/or manner.

FMG/C1 is a deeply entrenched social convention among some ethnic groups and, as such, also carries consequences, not only when it is practiced, but also when it is not: girls and families who conform to the practice acquire social status and respect. Undergoing FGM/C promotes a girl’s honour and allows her full acceptance in the community, also imparting a sense of pride and coming of age. In some societies, the link between FGM/C and value is explicit: girls who undergo FGM/C often receive rewards in the form of celebrations and gifts, and the bride price for a girl who has been cut is much higher than for one who has not (Wheeler, 2003). For families, fulfilling the cultural expectation that girls should be cut confers status and community membership. Conversely, failure to conform leads to difficulty in finding a husband for the girl, shame and stigmatisation, as well as loss of social status, honour and protection, resulting in the family’s social exclusion from the community.

However, the fact that women may be more vulnerable to coercion or violence within particular cultural groups does not mean coercion and violence are somehow ‘cultural practices’. Politicians now commonly make the point that culture is no excuse for abusive behaviour (Díaz, 2012). Culture is also paramount to one’s identity and influences the subjective orientation for comprehending the world and developing a sense of purpose. When understood in this light, individuals generally feel negatively about being judged as “backward” due to their cultural practices. Utz-Billing (2008) notes that FGM/C is a very delicate topic that is deeply rooted in the tradition and culture of the society practicing it. In many regions, FGM/C is regarded as an initiation ritual to integrate young people into the community. This leads questioning the practice to often be construed as interference in tradition and a dictate of ‘Western lifestyle’. However, culture is not an explanation, at least not if taken in the deterministic sense that it can be said to represent all men in a particular group as violent, or of all women within it as victims. It has to be possible to address abuses of women without promoting cultural stereotypes in the process. When thinking about culture, it is necessary to address the whole spectrum of experiences and modes of thinking, feeling and behaving – as well as the values, customs and traditions – of relevant social formations. Migrants, thus, do not carry culture like baggage. Rather, the traces of their cultures of origin are brought into negotiation with the cultures they encounter in their countries of destination (Gill and Brah, 2014). It is vital that such complexities are taken into account by public support services who are responsible for the wellbeing of diverse communities.

Since 31 October 2015, regulated health and social care professionals and teachers in England and Wales have been required to report to the police any ‘known’ cases of FGM/C in under 18s that they visually identify or have verbally disclosed to them during the course of their professional work.2

Regarding this stipulation, the Home Office has published procedural information on the following:

·         the duty of health and social care professionals, teachers and the police to ensure they understand the legal requirements placed upon them

·         an overview of the action that may be taken if professionals fail to comply with that duty.

The above procedural information also aims to give the police an understanding of these duties and the following steps to be taken on receipt of a report. These obligations do not, however, apply in relation to cases classed as ‘at risk’ or ‘suspected’, or in those where the woman is over 18. In these circumstances, professionals are required to follow existing local, safeguarding procedures.

What can we do to tackle FGM in the UK?

In many diasporic communities, especially those in European and other countries where FGM/C is condemned, the incidence of the practice is decreasing. This has been helped by educational campaigns across Europe and the Horn of Africa, led chiefly by women’s groups (such as Daughters of Eve and Plan UK), which are reducing tolerance for this harmful practice. Even though this condemnation is central to the rejection of the practice, understanding how change comes about – especially from within affected communities – is vital in creating effective policies to eradicate FGM.

Outright repulsion and a lack of understanding in host communities and the service providers working within them risks making women feel that they are not understood. This can make it harder for them to seek help or engage in a dialogue on the issue. It is vital to carefully consider how women experience the portrayal of FGM/C both in the media and in interactions with service providers. Concerned professionals, such as health workers (nurses, midwives, antenatal and those providing postnatal care) and judicial and government officials (police officers, lawyers, judges, teachers and social workers) can play an important role in combating FGM/C, but only if they are trained to deal sensitively with those they are trying to help.

Many of the organisations and NGOs working in the area of FGM have stressed the positive aspects of recently introduced civil remedies. However, they have also made the case for the need for a diverse range of responses to FGM/C and related abuses. Specialist outreach services, education and awareness-raising work in schools and the community, welfare services and childcare facilities, along with the provision of specialist refuge spaces are all necessary if FGM/C is to be tackled effectively. Unfortunately, the recent legislative developments concerning FGM/C have not been accompanied by additional funding for these types of work. The Government needs to invest in promising practices and organisations such as the ones described above if they are to achieve maximum effectiveness. Moreover, in exploring both the promise and limits of criminal and civil remedies for FGM/C, it is important to recognise that diverse responses need to be integrated, rather than applied in an either/or manner. This will be essential if the UK is to successfully identify and punish the perpetrators of FGM/C while simultaneously assisting victims.

2 This duty does not apply in cases where the woman is over 18. Here, professionals are required to follow existing local, safeguarding procedures.

Aisha K. Gill Ph.D. (University of Essex) is Professor of Criminology at University of Roehampton, UK. Her current research interests include domestic violence; rights, law and early/child/forced marriage/female genital mutilation; 'honour' killings and 'honour’-based violence in the South Asian/Kurdish Diaspora and femicide in Iraqi Kurdistan and India; missing women; and sexual violence and exploitation. She is a Fellow of the Royal Society of Arts and editorial member of the Feminist Review Collective. Read more about Feminist Review and access the lates volumes, here. 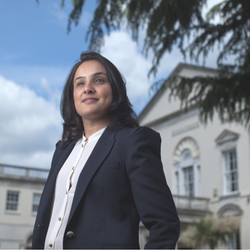