The recent Tokyo Olympics have brought with them many instances for reflection on the state of ‘sporty girlhood’ both in the UK and worldwide. As a researcher combining perspectives in girlhood and physical culture studies, I am particularly interested in the implications of the Olympics for would-be and current participants in everyday sporting cultures. This includes the huge host of girls and young women participating, observing or simply taking part in general discussions around sporty girlhood which have accompanied this ongoing global sporting spectacle.  In my recent book I reflect on both the pleasures and difficulties of ‘being’ a sporty girl and ultimately on the fleetingness of this identity for most young women within the social, economic and political contexts bound up in their ongoing gender projects.

As global spectacle, the Olympics reflect back to us particular ‘stories’ about what it is to be a sporty girl, who might aspire to this and what this might look like.  Many viewers were of course dazzled and inspired by the spectacular performances of young female athletes such as Sky Brown and Bethany Shriever in the new Olympic events of skateboarding and BMX biking.  These performances and their ‘DIY’ ethos (Shriever used a GoFundMe page for training; Brown was already a social media star) seemed to embody new femininities and possibilities combining the fearlessness, agility and determination of the ‘can do’ girl with the unconventional, counter-cultural resistance narratives of these alternative ‘lifestyle’ sports. Brown herself hoped that her performances might encourage a new generation of skaters, stating on Instagram, “I hope there’s some littles [sic] girls out there watching this and thinking I can do this too.” Female performances in these new and relatively underfunded sports might be seen to represent exciting possibilities and different ways of ‘doing’ sporty girlhood that do not necessarily combine overly sexualised discourses still present in some other Olympic sports such as beach volleyball where the Norwegian team were fined for wearing shorts instead of bikini bottoms. At the same time, the introduction of these new alternative sports into the Olympics bring with them important questions about the role of commodification and the institutionalisation of performances that must, within the confines of the Olympic ethos, continually defy the boundaries of human performance.

This year too, we simultaneously encountered indicators of the frailty, limits and ultimate costs of this push to excel, succeed and perform beyond the bounds of our expectations and the possible fallout for female competitors.  Simone Biles, the ‘American Sweetheart’ who has amassed a bounty of US golden Olympic glory with her flawless gymnastics routines, was forced to withdraw from competition, citing her mental health. Disturbingly, news of her withdrawal, while widely met with sympathy, was also met with calls of her ‘disloyalty’ and lack of commitment from some sections of the US press. Biles’ treatment in the media indicates some of the intense levels of scrutiny and critique female elite athletes continue to face. In a similarly cautionary note, Victoria Pendleton, former Olympic cyclist, described the intense pressure she was under in the corrosive British Cycling culture in the BBC documentary ‘Gold Rush’

I raise these examples not to discourage young women from taking part in sport but rather as cautionary questions about the models of ‘sporting girlhood’ made available in our dominant cultural discourses and the implications these might have for girls’ and young women’s experiences of sport.  In my book, ‘Sporty Girls’ I argue that the dominant models of sporting participation, which I describe as ‘talented girl’, ‘fit girl’ and the ‘go girl’ often offer contradictory narratives of sporting participation that do not necessarily engage with girls’ own experiences and subjective motivations for engaging in sport.  As my research and that of others has demonstrated, most girls do not live up to the superhuman expectations of Olympic athletes – yet they need and deserve to take part in sport not because they are necessarily ‘good at sport’ or in order to ‘be healthy’ or even to ‘achieve their best’ but because they might enjoy it, might learn something about their bodies and themselves in doing so. Despite the amazing accomplishments of elite female athletes, it is important to keep in mind that girls continue to experience sexism, racism, ableism and other forms of discrimination both within and as a barrier to sport – and it is this injustice which I believe is worth challenging not simply because one might grow up to be an Olympian.

Sheryl Clark is Lecturer and Researcher in the field of educational studies at Goldsmiths University of London, UK. With a particular interest in gender, sport, identities, youth, schooling and girlhood, Sheryl’s research makes use of qualitative methods working with children and young people in schools and other physical activity settings. 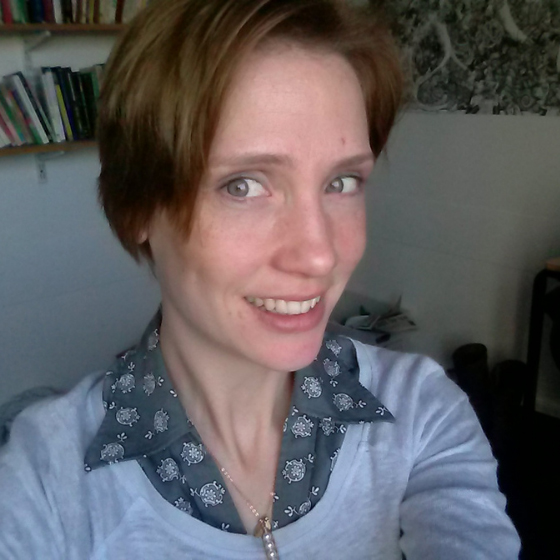