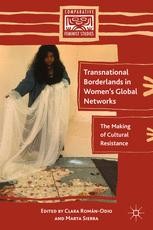 The Making of Cultural Resistance

Transnational Borderlands: The Making of Cultural Resistance in Women's Global Networks investigates the implications of transnational feminist methodologies at multiple levels: collective actions, theory, pedagogy, discursive, and visual productions. It addresses a substantial gap in the field of transnational feminisms; namely, the absence of a voice that links social and theoretical outcomes to the politics of representation in literature, visual art, discourses of rights and citizenships, and pedagogy. The book encompasses three categories of relevance to contemporary transnational methodologies: the politics of cultural representation in literature and visual art, the de-centering of human/women's rights, and pedagogies of crossing and dissent. Given current interest in the cultures of globalization and the role women and other minorities play in them, we expect this book will appeal to scholars in the fields of Women's and Gender Studies, Borderlands Studies, Transnational Studies, and to anyone interested in how transnational processes shape a culture of resistance in women's global networks.

Clara Román-Odio is Professor of Spanish and Latin American Literature and Director of Latino/a Studies at Kenyon College, USA.

“‘Transnational Borderlands is a book about the intricate connections between local and global sites that women occupy in transnational networks’ … . The broad spectrum of this volume will appeal to scholars in the fields of Women’s and Gender Studies, Transnational Studies, Latin American and Middle Eastern Studies, and to anyone interested in the intersection between activism and globalization.” (Enrique Ávila López, Letras Femeninas, 2015)

"Coming mostly from literary perspectives, the authors navigate familiar ground with new instruments and show us new angles. The writing alone makes for an exciting reading of the issues, bringing what is easily obscured in the social sciences into full presence here. I found this to be an exceptional book." - Saskia Sassen, Robert S. Lynn Professor of Sociology, Columbia University and author of Territory, Authority, Rights

"This book is indispensable reading for anyone concerned with freedom under the effects of globalization. Each chapter provides a different optic for recognizing the dimensions of transnational feminism. What is revealed is a particular borderlands methodology that makes liberation a possibility. This book takes us through and beyond theories of coloniality and decoloniality by recognizing women's roles in constructing the borderlands theories and methods necessary for enlivening the heart of coalitional emancipatory politics." - Chela Sandoval, Associate Professor of Chicana and Chicano Studies, University of California, Santa Barbara

"Eloquently addresses the critical intersection between gender, transnationalism, and globalization. Rigorous research, thoughtful planning, and provocative intellectual analyses went into each of the essays in this timely book. Written in a language accessible enough for first-year college students but also sufficiently theoretical to interest advanced scholars, Transnational Borderlands in Women's Global Networks is a vital contribution to the field of gender and women s studies because of its insightful attention to issues of race, class, sexuality, and colonization as they apply to the lives of women." - Guisela Latorre, Associate Professor of Women's Studies, Gender and Sexuality Studies, The Ohio State University