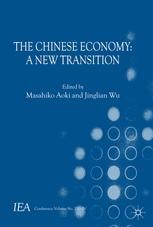 China has enjoyed a higher growth rate for a longer period than any other nation to date. This volume brings together leading economists to analyse this unprecedented economic boom, and discuss prospects for the future. Chapters address a wide range of issues, covering not only financial systems, but also the social and cultural impact of growth.