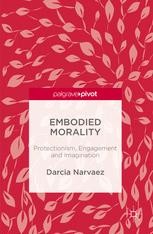 In this book the broad, interdisciplinary theory of Triune Ethics Meta-theory is explored to demonstrate how it explains the different patterns of morality seen in the world today. It describes how human morality develops dynamically from experience in early life and it proposes that the methods in which humans are raised bring about tendencies towards self-protective or open-hearted social relations. When the life course follows evolutionary systems, then prosocial, open-hearted capacities develop but when the life course goes against evolutionary systems it should not be a surprise that self-focused values and behaviors develop such as violent tribalism, self aggrandizement and a binary orientation to others (dominance or submission). Many humans alive today exhibit impaired capacities in comparison to humans from small-band hunter-gatherer societies, the type of society that represents 99% of humanity’s history. TEM is rooted in ethical naturalism and points out how to optimize human moral development through the lifespan—toward the ethics of engagement and communal imagination.

Darcia Narvaez is Professor of Psychology at the University of Notre Dame, USA and publishes on moral development and education. Her most recent book is Neurobiology and the Development of Human Morality: Evolution, Culture and Wisdom. She is a fellow of the American Psychological Association and executive editor of the Journal of Moral Education and writes a blog, Moral Landscapes, for Psychology Today.

“The book … provides copious citations of related research findings from scientists in other fields. Notes and references are provided at the end of each chapter, with an index provided at the back of the book. … The theory and research reported in this monograph raise the standard in the field on what is to count as a science of moral functioning.” (Don Collins Reed, PsycCRITIQUES, Vol. 62 (13), March, 2017)

“In a masterful integration of traditions within developmental science, cognitive science, biology,  and cultural anthropology, Narvaez and colleagues build a case for the Triune Ethical Meta Theory—a provocative new theory of moral development.   The volume provides readers with a thorough overview of the theory highlighting foundational work in neuroscience, research on early care, and existing models in moral psychology.  Complementing this description is a summary of the extensive empirical work generated by the model.  This book will undoubtedly influence how we view and study moral functioning.” (Steve Thoma, University Research Professor and Director, Center for the Study of Ethical Development, University of Alabama)

“Darcia Narvaez offers a brilliant and valuable new look at the nature of optimal moral development. Her triune ethics meta-theory is a much-needed shift away from moral theory grounded in self-interested protectionism. Focusing on ideals, Narvaez shows ways that scholars can return to studying and emphasizing optimal human moral developmental-- by attending to early development according to an evolutionary systems framing, by measuring a variety of moral mindsets, and by studying the supportive environments that encourage relational presence and communal imagination. The book will be a must-read for scholars and all others interested in the essential field of moral psychology.” (William Damon, Professor of Education at the Stanford Graduate School of Education, Director of the Stanford Center on Adolescence)