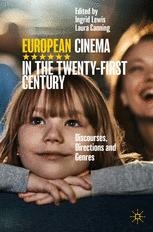 European Cinema in the Twenty-First Century

This book rethinks the study of European Cinema in a way that centres on students and their needs, in a comprehensive volume introducing undergraduates to the main discourses, directions and genres of twenty-first-century European film. Importantly, this collection is the first of its kind to apply a transversal approach to European Cinema, bringing together the East and the West, while providing a broad picture of key trends, aesthetics, genres, national identities, and transnational concerns. Lewis and Canning’s collection effectively addresses some of the most pressing questions in contemporary European film, such as ecology, migration, industry, identity, disability, memory, auteurship, genre, small cinemas, and the national and international frameworks which underpin them. Combining accessible original research with a thorough grounding in recent histories and contexts, each chapter includes key definitions, reflective group questions, and a summative case study. Overall, this book makes a strong contribution to our understanding of recent European Cinema, making it an invaluable resource for lecturers and students across a variety of film-centred modules.

“Two decades into the twenty-first century, it is time to take a look at the recent cinema of Europe, and bring it into the curriculum. And this is what the book does: it presents and analyses the cinema of the new Europe, from riveting migrant documentaries set in the Mediterranean (Francesco Rossi’s Fire at Sea) to contemplative woman’s cinema from small peripheral countries (Athina Rachel Tsangari’s Attenberg). A true constellation of riveting topics and essays written by authors who represent Europe’s true diversity: East and West, North and South.” (Dina Iordanova, Professor of Global Cinema and Creative Cultures, University of St Andrews, Scotland)

“European Cinema in the Twenty-First Century: Discourses, Directions and Genres uniquely places Eastern European cinema in co-equal dialogue with Western European cinema, addressing a gap in current studies. The chapters assembled by Lewis and Canning broach highly contemporary concerns in scholarship of Europe and its cinemas, including migration, ecocriticism, disability studies, biopolitics, as well as auteurship and genre. This is a comprehensive and accessible collection.” (Maria Flood, Lecturer in Film Studies, Keele University, UK)

“Contemporary European cinema is extremely diverse and engages with some of the most relevant issues of modern day life, not least the future of the continent. Responding to intensified scholarly research activity of the past few years, European Cinema in the Twenty-First Century sums up state of the art recent discourses while delivering new insights. Clearly structured and directly addressing lecturers’ needs, this book is a welcome and helpful contribution.” (Claus Tieber, Lecturer in Theatre, Film and Media Studies, University of Vienna, Austria)

“This is a timely volume that makes two interventions: it brings together a range of international scholars who cover film cultures from Central and Eastern Europe, and it offers a refreshing take on art and popular cinema that attests to the heterogeneity of European film in the twenty-first century. Merging the close reading of recent films with industry analysis, among other methods, the volume engages with topical debates in European film studies as it addresses questions of gender, migration, and eco-cinema while also furthering our understanding of transnational authorship, small-nation filmmaking, peripheral cultural production, and genre cinema in a pan-European context. This collection will therefore be a useful resource for scholars and students alike.” (Jaap Verheul, Lecturer in Film Studies Education, King’s College London, UK)