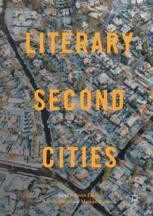 This book brings together geographers and literary scholars in a series of engagements near the boundaries of their disciplines. In urban studies, disproportionate attention has been given to a small set of privileged ‘first’ cities. This volume problematizes the dominance of such alpha cities, offering a wide perspective on ‘second cities’ and their literature. The volume is divided into three themed sections. ‘In the Shadow of the Alpha City’ problematizes the image of cities defined by their function and size, bringing out the contradictions and contestations inherent in cultural productions of second cities, including Birmingham and Bristol in the UK, Las Vegas in the USA, and Tartu in Estonia. ‘Frontier Second Cities’ pays attention to the multiple and trans-national pasts of second cities which occupy border zones, with a focus on Narva, in Estonia, and Turkish/Kurdish Diyarbakir. The final section, ‘The Diffuse Second City’, examines networks the diffuse secondary city made up of interlinked small cities, suburban sprawl and urban overspill, with literary case studies from Italy, Sweden, and Finland.

Markku Salmela is Lecturer in English Literature at the University of Tampere, Finland. Previously published works include Paul Auster's Spatial Imagination and The Grotesque and the Unnatural (ed.).

“Setting ‘second’ cities first, this is an impressive and timely reminder that complex literary cultures exist in many locations beyond more familiar metropolitan capitals.  In a set of exciting interdisciplinary essays Literary Second Cities reminds us of the distinctive character of urban life as conceptualised by writers exploring cities such as Birmingham, Las Vegas, or Narva.  This volume is thus a brilliant and original addition to the growing body of work on urban literary studies.”  (Professor Andrew Thacker, Department of English, Nottingham Trent University)

“Urban literary studies has understandably focused attention on certain major, global cities -- London, Paris, New York, Tokyo -- haut lieux that dominate the spatial imagination. But what of the second cities, smaller, less revered, but perhaps more representative of urban life in the twentieth and twenty-first centuries? The essays in Literary Second Cities address this blind spot by analysing the distinctive space and character of these ’secondary’ places. This is a vital and necessary collection.” (Professor Robert T. Tally Jr., Department of English, Texas State University)

“This volume will appeal to those with an interest in writing on city spaces that are off the beaten paths of world literature. Through its focus on ‘secondariness’ it highlights the importance of social and cultural phenomena that tend to emerge outside of and in tension with centers of power, phenomena that demonstrate the ongoing need for the kinds of representational reconfigurations and interpretive insights that give literary discourse its special power over the real.” (Professor Eric Prieto, French and Comparative Literature, University of California, Santa Barbara)