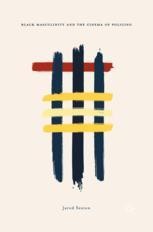 Black Masculinity and the Cinema of Policing

This book offers a critical survey of film and media representations of black masculinity in the early twenty-first-century United States, between President George W. Bush’s 2001 announcement of the War on Terror and President Barack Obama’s 2009 acceptance of the Nobel Peace Prize. It argues that images of black masculine authority have become increasingly important to the legitimization of contemporary policing and its leading role in the maintenance of an antiblack social order forged by racial slavery and segregation. It examines a constellation of film and television productions—from Antoine Fuqua’s Training Day to John Lee Hancock’s The Blind Side to Barry Jenkin's Moonlight—to illuminate the contradictory dynamics at work in attempts to reconcile the promotion of black male patriarchal empowerment and the preservation of gendered antiblackness within political and popular culture.

Jared Sexton teaches African American Studies and Film and Media Studies at the University of California, Irvine, USA. He is author of Amalgamation Schemes: Antiblackness and the Critique of Multiracialism.

“Sexton’s book provides a fresh, renewed discussion on the cinematic representation of black masculinity in an antiblack society during the twenty-first century. Placed in the context of the historical subjugation of black communities, the work provides an expansive analysis of both the representations and cultural politics that define black masculinity in media.” (Kameron J. Copeland, Men and Masculinities, Vol. 22 (4), 2019)

“Jared Sexton’s Black Masculinity and the Cinema of Policing is an astute critique of Hollywood’s anti-black portrayal of African American communities—particularly the figure of the black male protagonist as hero—drawing effectively from history, sociology, and political economy as much as narrative analysis and close reading. This multi-disciplinary study should be required for anyone concerned with demystifying the tyranny of patriarchal racial capitalism in an era of daily killings. Read this important work!” (Mark A. Reid, author of Black Lenses, Black Voices: African American Film Now)

“Jared Sexton has the uncanny ability to marry razor sharp critical analysis of contemporary racial formation to an unrelenting ability to see and define both the barriers and possibilities that adhere to the idea of Black liberation. Black Masculinity and the Cinema of Policing locates the centrality of visual culture in the policing of Black masculinity and underscores such masculine custody and captivity as a pivotal question whose latest iteration is mass incarceration but one that has been present since enslavement.” (Amy Ongiri, author of Spectacular Blackness: The Cultural Politics of the Black Power Movement and the Search for a Black Aesthetic)

“Sexton rigorously examines the sociopolitical functions of commercial films in post-civil rights America, offering an intriguing and timely investigation of the contradictory yet interconnected ways black masculinity functions in cinematic narratives and in the public sphere. Despite examples of black empowerment, achievement, and authority in political and cultural arenas, we find that the predominant images in mainstream culture remain those of black male criminality, dysfunction, and pathology.” (Mia Mask, author of Divas on Screen: Black Women in American Film)