When abortion rights are restricted, governments not only restrict women's choices – to be free of domestic violence, to earn a living, to be autonomous – but they also increase women's criminality and their contact with the police, the courts and jails.

Within the first month of Donald Trump’s presidency the new administration reinstated and massively expanded the so-called ‘global gag rule’, also referred to as the Mexico City policy. In doing so the executive order barred US foreign aid from going to any NGO that either provides safe abortion services, or even discusses it with patients as a family planning alternative. This comes alongside President Trump’s suggestion that he will seek to overturn Roe v Wade – the landmark ruling on access to abortion in the USA – and repeated threats to defund Planned Parenthood, a non-profit organisation providing reproductive health services both in the USA and around the world.

With this new policy of refusing to fund organisations that provide reproductive counselling, we face the risk of increasing female criminality, merely because a woman may no longer have access to timely contraception or timely sex education. Women are being failed by the system twice – through the failure to provide adequate education and advisory services, and then failed by the withdrawal of services which would otherwise provide safe abortion.

By ceasing funding to these organisations, which provide other reproductive services in addition to abortion services, many of them will close their doors all together so that the issue of unplanned and unwanted pregnancies becomes a live issue once again. It should be clear that the withdrawal of funding from abortion services not only reduces the number of safe abortions that may be performed, but will run the risk of a rise in unsafe abortions. When George W. Bush reinstated the rule during his presidency (which was later repealed by President Obama) Sub-Saharan Africa saw a sharp rise in the number of abortions, owing to the simultaneous withdrawal of contraceptive services.

Do we want to go back to a past when women abandoned their newborns or had no choice but to sell them to babyfarmers? Let this awful history be a lesson to us when we reflect on women’s reproductive rights.

Annie Cossins is Associate Professor in the Faculty of Law, University of New South Wales, Australia. 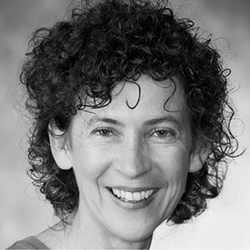