Karen Wilkes, author of Whiteness, Weddings, and Tourism in the Caribbean, discusses the need to challenge the political, economic and social attitudes that are undermining hard won gains

It is often claimed that women are the ideal neoliberal subjects. The arrival of International Women’s Day on 8th March, is an opportunity to continue to interrogate this notion. For neoliberal subjects in the Global North, meeting the demands of the free market means pursuing ongoing self-transformation in an age of insecurities – scarce employment, limited welfare and uncertainties in intimate relationships. These realities contrast sharply with neoliberal claims of freedom, in which women are expected to meet the demands of the free market, work long hours and continue to be responsible for childcare and domestic work in the household. In the article Colluding with Neoliberalism, in which I drew on Barbara Ehrenreich and Arlie Hochschild’s scholarship, I remarked on the fact that the responsibilities for childcare, domestic work and paid employment continue to be presented as matters that are principally the concerns of women, and despite the prevailing view that men (in the Global North) do more in the home, the research conducted on these matters bears a different story of men who profess equality in the home, yet in practice do not step up and share the workload.

The social and economic gains of the feminist movement have provided women with increased access to the workplace and in the case of middle- and upper-class white women, access to high status professional employment. This economic independence is often cited in accounts of ‘look how far we have come’ when gender equality is the topic of discussion – attention is largely paid to the material gains and status of professional women in their role as consumer citizens. My book, Whiteness, Weddings and Tourism in the Caribbean: Paradise for Sale, calls attention to the way in which neoliberal vocabularies encourage women of privileged means to spend and enjoy their economic resources on the romantic fantasy of being a princess bride in ‘paradise’. What makes this practice significant, are the visual discourses used to promote and sell the Caribbean region, that draw on colonial narratives of servitude and centrally position the white female as a carrier of entitlement to luxury.

Given that being a princess, in the traditional fairy-tale narratives is a passive existence, based on Eurocentric ideals of beauty, the new incarnation of the economically independent post-feminist princess bride does not undermine patriarchal principles that a woman’s value is principally based on her appearance. What if the bride is not considered to be beautiful? Where does her value lie then? Neoliberal projects encourage the pursuit of individualism, consumption and total commitment to the free market, yet doing so has not produced improved living conditions for working class women of all ethnicities who have been worst affected by global economic restructuring and the dismantling of welfare and public services. The focus on what affluent women can consume and how they should continue to transform themselves in response to economic demands, have been distractions from the work that needs to be undertaken to transform political and economic systems and to hold policy makers to account.

Globally, women continue to earn less than men for the same types of employment, and are rarely the decision makers in terms of social and economic policy. One of the consequences of this has been that governments have boldly abandoned women in the name of austerity and privileging of corporate power. Where is the expansion of public services, in proportion to women’s social and economic contributions to society? There are challenges to the patriarchal principals that eulogise gender equality, yet deny women equal rights as full citizens – the Sisters Uncut campaign in the UK, the #blacklivesmatter movement in US, spearheaded by black women, and the recent women’s marches in South Africa, India and Australia all demonstrate the need to challenge the political, economic and social attitudes that are undermining hard won gains – rights can (and are being) repealed.

Karen Wilkes is Lecturer in Sociology at Birmingham City University, UK. Her book chapter, From the Landscape to the White Female Body, was published in the edited collection Mediating the Tourist Experience (2013). Her journal article, Colluding with Neoliberalism, was published in Feminist Review in July 2015. 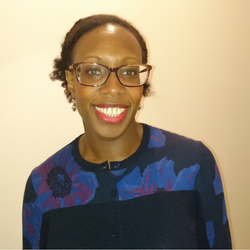