Why Explore Gender, Sex and Culture through an Asia Frame?

What real-world or scholarly debates does this combination address? And, which Asia?

The Gender, Sexualities and Culture in Asia book series is a new forum for monographs and anthologies focusing on the intersections between gender, sexuality and culture across Asia. The series provides a distinctive space for the exploration of topics of growing academic concern, from non-normative cultures of sexuality in Asia, to studies of gendered identities cross the region. Series editors Stevi Jackson (The University of York), Olivia Khoo (Monash University) and I call for an urgent rethinking of Asia, not only in terms of a geographical location but also within diaspora and migration flows. Informed by inter-Asian theories and debates, we want to assert our position that reading across Asian sites is actually an increasing necessity in addressing gender and sexualities. Titles in the series include multi- and interdisciplinary research by scholars within Asia as well as in North American, European and Australian academic contexts. At this stage, we intend to cast the net widely in terms of topics, and to consider Asia not through a narrow geographic lens but as part of a shifting terrain that will include diasporic Asia and West Asia. Interdisciplinarity and intersectionality is the strength of the series.

Book titles in the series include Alicia Izharrudin’s Gender and Islam in Indonesian Cinema and Pai Erh-Ya’s Making Lesbian Families in Taiwan. Izharrudin examines the portrayal of gender in the Islami film genre released between 1977 and 2012 and situates gender within cultural representation circulating in the Indonesian public sphere. The book proposes that diverse images of masculinities and femininities emerge at the meeting point between contrasting interpretations of Islam and other public discourses of (trans)-nationalism and modernity. Izharrudin shows how shifts in the image of Muslim femininity and masculinity in the film Islami genre underline the political and social changes, which align the transition from Sukarno’s ‘Old Order’ (1945—1965) to Suharto’s New Order and the end of the latter.

Drawing on a qualitative study of lesbian couples, Pai explores how lesbians form their relationships and develop their notion of family. The book looks at how lesbians recognised same sex attraction and how that differed from identifying as lesbian. Pai studies the ways Taiwanese lesbians built up communities and group norms, negotiating sexuality in their families of origin and their relations with their partner’s families of origin. She argues that a close examination of lesbian couples’ relationship practices and their domestic arrangements, including differing degrees of equality that they achieved and how gender role-playing influenced these decisions is key to understanding the making of lesbian families in Taiwan. 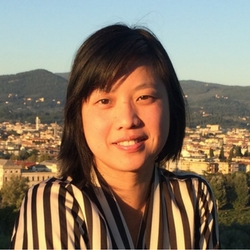 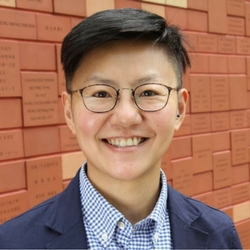 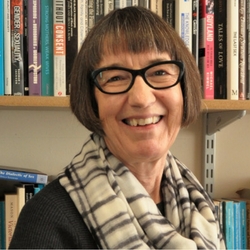 Books in the Gender, Sexualities and Culture in Asia Series