Marriage Equality, Now What? Ugena Whitlock on Eight LGBTQ Issues and Why They Matter

Ugena Whitlock, one of the editors of the Queer Studies and Education series, writes the final article for LGBT History Month with an overview of eight key issues that must be addressed in the establishment of LGBTQ equality.

On July 26, 2015, The U.S. Supreme Court ruled in favor of marriage equality. This ruling, following arguments in Obergefell v. Hodges, was a landmark decision that many in the LGBTQ community had waited a lifetime to hear. The fight for marriage equality, a term that had emerged over the decades from the now antiquated sounding same-sex marriage, had been a long one for activists and non-activists alike. With it, came issues related to partner benefits, healthcare visitation rights, and social and cultural capital. Obergefell granted rights and benefits automatically by marriage—to all married people. Marriage equality, however, is not full equality, and although the Supreme Court ruling may have temporarily overshadowed them, many LGBT issues remain that demand attention.

During Palgrave’s LGBT month campaign, we’ve discussed “big” issues across a variety of subjects. We’d like to end with key issues that must not be set aside now that LGBT people can marry. What follows is a compilation of eight such issues from a variety of news and blog sites. We should note that they are not the only issues, and we have not made an attempt to rank them in any order. They were chosen because they were held in common across sources. Following the list of issues, we have provided links to the original sources and encourage you to visit them. As you can see, we still have work to do.

The statistics around this population are staggering. Approximately forty percent of homeless youth identify as LGBTQ; sixty-eight percent of them were kicked out of their homes because if their sexual and/or gender identities; Fifty-four percent of them report being abused by their families (Buzzfeed). Such a large percentage means there are insufficient numbers of shelters, so kids end up on the streets, having no access to wellness care or healthcare.

Related to homeless LGBT youth is the issue of unfair criminalization. For example, in many states, running away is considered a criminal offence. Each year, nearly 300,000 LGBT youth are detained or arrested. Of these, almost 200,000 are Black or Latino. Queer and transgender youth are estimated to make up between five and seven percent of the U.S. population, yet they make up approximately fifteen percent of youth who are detained or imprisoned (Colorlines).

2.    Violence Against Queer and Trans People:

Of the 5,462 hate crimes committed in 2014—or, single-bias incidents as they are classified by the FBI—one-fifth, or 1,115, were motivated by sexual or gender identity. Fifty-four percent of those were against gay men. In fact, according to FiveThirtyEight, only two specific groups were targeted more than gay men: Black people and Jewish people. Of course we know that these groups are not mutually exclusive. Taking into account the size of the U.S. LGBT population and based on FBI statistics, they are targeted at a rate higher than other groups. It should be noted that transgender people, especially trans women of color—suffer disproportionately high rates of violence and homicides. According to the Southern Poverty Law Center, in January and February of 2015, a transgender woman of color was murdered in the U.S. on average of one a week (Rolling Stone). In 2013, more than half of all LGBT homicides were transgender women of color (LGBTMAP).

Poverty remains a key issue for LGBT people, and it directly relates to other issues. The Kaiser Family Foundation cites a recent Pew Research Poll on overall socio-economic status of LGBT populations. Although there is variance between sub-groups, LGBT people are disproportionately poor compared to the general population. About 39% earned $30,000 or less, compared to 28% of the general U.S. population. Further, more than one in four lesbian and bisexual women are poor, and just over 1 in 5 gay and bisexual men, compared with 21% of heterosexual women and 15% of heterosexual men, respectively. Transgender people are four times as likely as non-transgender people to have an annual income of less than $10,000 (KFF.org). Given the systemic and historic racism in the U.S., people of color experience more income disparity.

In October 2016 the NIH designated LGBT people as a health disparity population. While marriage equality expanded the rights of LGBT people to have access to partner’s healthcare plans, disparity in healthcare remain and are significant. For example, LGBT people are more likely to rate their health as poorer than heterosexual people. Lesbian and bisexual women report higher rates of cardiovascular disease, and gay and bisexual men report more cancer diagnoses and lower survival rates than their heterosexual counterparts. Transgender people are the least likely among LGBT populations to self-report their health as ‘Very Good’, while they are two times more likely to report limitations to daily activities due to health problems (KFF.org). Gender identity discrimination prevents transgender people from obtaining insurance coverage for services such as mental health care, surgery, and hormone therapy (KFF.org). According to the LGBT Movement Advancement Project and the Williams Institute, forty one percent of trans people have attempted suicide in their lifetimes, compared to the less than five percent of the rest of the population.

For the harrowing statistics on AIDS, please refer to the brief on Health and Access to Care and Coverage for LGBT Individuals in the U.S. from the Kaiser Family Foundation link at the end of this list. HIV/AIDS is no longer a death sentence in the U.S., and it is for this reason that it must be included in this list of ongoing issues. Advances in preventative and treatment measures have led to complacency, yet in recent years new infections in gay and bisexual men have grown, especially in young men. Three men in 10 report that they have never been tested for HIV; for those under thirty-five, the percentage climbs to forty-four percent. In 2010, Black men accounted for more than one-third of new HIV infections; more than one in four transgender women are HIV positive (this includes trans women of color) (KFF.org).

Over the last two years, there has been unprecedented progress toward LGBTQ rights and equality, both in the U.S. and abroad. And, just as hatred, violence, and discrimination continue at home, so do they continue globally. For an overview of the global equality movement, see the HRC publication, Equality Rising: 2015 Global Equality Report. It reports that while LGBTQ populations are more visible, the increasing movement toward equality has resulted in intensified backlash politically and legally, often sanctioned and promoted by governments. Again, transgendered people are the group most affected by this violence; between 2008 and 2014, over 1,700 transgender people were murdered around the world.

Examples include “Religious Freedom,” limits to transgender rights, marriage refusal bills, health services, and adoption laws. According to the Huffington Post, over 100 bills across 22 states, falling into the above categories, attempt to weaken the June 2015 ruling. Seven states have “religious freedom” bills to justify denying services to people. Sixteen states have enacted other marriage-related exemption laws. Nine states have active “bathroom” bills aimed at regulating and criminalizing transgender people. In 2016 Tennessee passed a bill that allowed therapists and counselors to reject patients they felt would violate “sincerely held principles” (Huffington Post); it is as yet the first state to pass such a law.

The New York Times reports that in 2013 there were almost a million LGBT immigrants in the U.S., nearly a third of whom were undocumented. The current administration has made claims about immigration policy that have made it a heated topic of ongoing conversation in the U.S., but it is unlikely anyone has thought about the almost 300,000 LGBT undocumented immigrant population. These people face increased risks of violence and harassment. Detention centers do not provide adequate medical care, such as HIV meds or hormone treatments (NY Times).

Looking again at the above issues to which we must give attention, one glaring thread is common. Transgender people are disproportionately affected by all of them. Without transgender equality, there is no LGBTQ equality.

Ugena Whitlock is Associate Professor of Curriculum & Instruction and Gender & Women’s Studies at Kennesaw State University. Alongside William Pinar and Nelson M. Rodriguez, she is a series editor of Palgrave’s Queer Studies and Education series 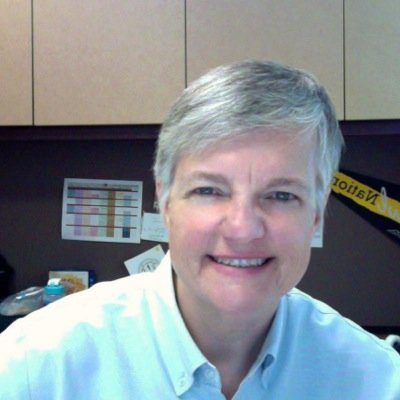 Books in the Queer Studies and Education series