Helen Sauntson and Allyson Jule on Their New Series

Helen: So, Ally, what is the Palgrave Studies in Language, Gender and Sexuality series about?

Ally: The series focuses on a range of new developments in the study of language, gender and sexuality. It aims to be fairly interdisciplinary and we aim to attract the best contemporary scholarship in the field. It’s our hope that the series will be inclusive of both established leading and emerging scholars in order to maximize the range and quality of contributions.

Helen: This topic emerged as a field of study within linguistics (particularly sociolinguistics) in the 1970s and, since then, has grown exponentially to become one of the most popular areas of study for undergraduate students of linguistics and related disciplines. Language, Gender and Sexuality modules are commonplace on Language and Linguistics (and similar) Bachelor’s degree programmes and on an increasing number of postgraduate linguistics programmes. There continues to be an increasing scholarly interest in the field as evidenced through the introduction of two journals dedicated to the topic in recent years (Gender and Language; Journal of Language and Sexuality) and the increased expansion of the field’s main professional network – the International Gender and Language Association (IGALA). So it seems like there is an appetite and need for a series entirely dedicated to the field. I hope that the series will be well-positioned to bring together new and leading-edge work in the field in a more systematic way than has been possible before through the creation of a series which is diverse and rich, yet coherent.

Helen: Who is the main target audience for the series?

Ally: I think the primary market for the series will probably be academics, graduate and undergraduate students in linguistics. Many undergraduate linguistics courses in the UK and North America (and elsewhere) contain specific modules on Language, Gender and Sexuality (or similar). That’s certainly the case in the institutions where we work. Some postgraduate courses in linguistics also cover work on gender and sexuality, especially  those programmes which focus on sociolinguistics and applied linguistics. Postgraduate courses in Gender Studies might provide a further market as these interdisciplinary programmes often include work from the field of linguistics.

Helen: It would be great if the series was also accessible and useful to academics, graduate and undergraduate students in other disciplines who have an interest in gender and sexuality studies. I’m thinking, for example, of those working in Sociology, Gender Studies, Queer Studies, Cultural Studies, Anthropology and Education.

Ally: Yes, and we also expect that some books could be developed for specific audiences, events and impact (e.g. Pivot books for use at workshops, short courses and summer schools).

Helen: Okay, so if the series is supposed to be focusing on new developments in language, gender and sexuality, what new topics would you like to see addressed?

Helen: I think there’s a lot of ongoing interest in issues of sexism and homophobia in language, along with other forms of discriminatory language practices. What I’m finding particularly exciting at the moment is the emergence of more research on language and ‘minoritised’ sexualities (e.g. bisexuality, asexuality, polysexuality, marginalized forms of heterosexuality) as well as an expansion of work concerning transgender and language. I would love to see this kind of work included in the series. There’s also a lot of interest in the intersectional dimensions of language, gender and sexuality (work which incorporates considerations of other social dimensions such as class, race, ethnicity, age, nationality and religion) and, for me, that is going to be very important to include in the series. Given that the series can include Pivot publications, it would also be great if some of the contributions could speak directly to activist campaigns and initiatives by being policy and practice-oriented in their focus.

Helen: What do you think makes this series stand out?

Ally: The series clearly addresses an existing gap in the market. The series will be international in its scope, authorship and readership. It will draw together theoretical and empirical work from a range of countries and contexts. A key advantage of having one co-editor in North America and another co-editor in Europe is that different networks and can be utilized when soliciting contributions. The series will comprise innovative, high quality research and will provide a platform for the best contemporary scholarship in the field of language, gender and sexuality. Contributions to the series will be inclusive of both leading and emerging scholars in the field.

Ally: What do you hope the series will achieve?

Helen: I want it to inspire and engage a wide spectrum of those committed to gender and sexuality equality within and outside academia. I see the series as becoming the main place where theoretical developments within the field of language, gender and sexuality take place, but I also see it as having a socially transformative aim – it has to help to improve people’s lives. What are your hopes for the series?

Ally: I’m with you, Helen! I think the series can contribute a lot to the language and gender field because there are so many new contexts that haven’t been well researched. I’ve always felt that the study of language and gender is an important area of study because of how it affects everyone’s life and how the awareness of such can transform relationships, workplaces, home life, politics, education, theory, media, religion, etc. We both have been involved in this area of scholarship for many years; it’s really exciting to see all the new developments that this series can bring to the field. I like working on it together, too!

Allyson Jule is Co-Founder and Co-Director of Trinity Western University's Gender Studies Institute, is co-chair of the Gender Studies Minor program, and is on the Advisory Committee for the International Gender and Language Association (IGALA). 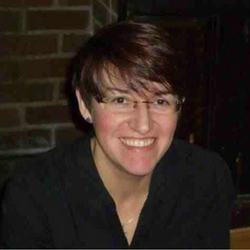 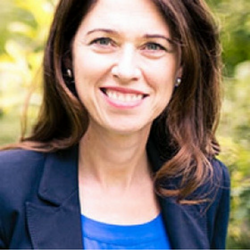