Bojan Bilić, editor of LGBT Activism and Europeanisation in the Post-Yugoslav Space and Intersectionality and LGBT Activist Politics discusses the need for clearer, more inclusive and locally rooted political platforms.

The ongoing Serbian anti-homophobia campaign Biće Bolje (It Will Be Better), organised by the Belgrade party brand Loud & Queer and supported by the Government of Serbia Office for Human and Minority Rights, features a young man telling a story about his transformation from a hooligan who attacked the 2010 Belgrade Pride Parade to an overtly gay person and activist for LGBT emancipation. Both this personal “evolution” and an institutional backing of an equality initiative are indicative of intense and diverse engagement for the advancement of LGBT rights that has been taking place after the wars of the Yugoslav succession and the authoritarian regimes that promoted nationalism, misogyny and homophobia throughout the 1990s. Since the beginning of the 21st century, the post-Yugoslav states have made important – if contentious – strides in passing anti-discrimination laws (Slovenia and Croatia have gone a step further by institutionalising civil partnership), and Pride Parades increasingly seem to be a matter of course in many of them.

In spite of such developments, levels of homophobia, including biphobia, lesbophobia and transphobia, remain high and are exacerbated by rampant poverty, soaring (youth) unemployment rates, inefficient and insufficiently independent judiciary and omnipresent corruption. These elements, along with the global financial crisis, substantial migrant inflows and the pan-European rise of the radical Right, converge to solidify the relevance of populist and clerical groups, and reveal the homonormative and homonationalist character of many legislative interventions that have a hard time destabilising deeply entrenched patriarchal values. In this regard, our recent activist research volumes identify, engage with and offer ideas for tackling some of the challenges that the current political constellation poses for LGBT liberation in the post-Yugoslav region.

More specifically, our first volume LGBT Activism and Europeanisation in the Post-Yugoslav Space: On the Rainbow Way to Europe interrogates the increasingly potent symbolic nexus that has developed between non-heterosexual sexualities, LGBT activism(s) and Europeanisation(s) in all of the Yugoslav successor states. Discursive tools disseminated through the long EU accession process create a linkage between “Europeanness” and “gay emancipation” which elevates certain forms of gay activist engagement and non-heterosexuality, more generally, to a measure of democracy, progress and modernity while relegating practices of intolerance to the LGBT “community” to the status of non-European primitivist Other. Such a development leads to multiple distinction axes not only between the post-Yugoslav countries and the EU, but also within the post-Yugoslav space and the regional activist “scene(s)” embedded in different “(EU) temporalities”. Through detaching the increasingly NGO-ised and professionalised activist organisations from their “constituency”, the EU-LGBT conceptual linkage – not devoid of neo-colonialist overtones – destabilises the grassroots ownership of activist initiatives and alienates the non-heteronormative emancipation endeavours from the domestic political arena.

Moreover, the second volume Intersectionality and LGBT Activist Politics: Multiple Others in Croatia and Serbia not only looks for a language that uncovers experiential facets of multiple oppressions and voices fear and frustration that accompany exclusionary practices, but it also seeks to amalgamate currently disparate strands of activist undertakings and reinvigorate the critical potential of intersectionality to generate the basis of non-oppressive coalitional politics. Contributions to this book include pioneering chapters on trans, bisexual, asexual, and queer sexualities as well as on non-heterosexual workers and homeless people. They combine empirically oriented and theoretically grounded reflections and call for intersectionality-sensitive activist initiatives cognizant of the processes through which the ascendency of neoliberal capitalism delegitimises the Yugoslav socialist project and masks precarity and uncertainty as matters of individual choices and developmental opportunities.

In both books we argue against conservative and heteronormative hierarchisations of political needs and issues, and assume that non-heterosexual struggles are not exclusively identitarian, particularistic enterprises supposed to emancipate specific groups, but rather part and parcel of universal human striving towards freedom and justice. With this in mind, mobilisations for equality in the post-Yugoslav space, including LGBT liberation, need a clearer, more inclusive and locally rooted political platform that would go beyond the mere insistence on individual human rights. Social acceptance of non-heterosexual sexualities as well as the recognition that they are often accompanied by other forms of exclusion are hardly possible without a heightened sense of activist representational responsibility which can be forged through politicising activism, paying attention to the class dimension of exclusionary practices and entering in a more intense contact with LGBT people themselves and other oppressed groups. While it is clear that many supposedly de-hierarchized activist initiatives remain intimately bound with power accumulation and often operate on the basis of domination and fragmentation, nascent leftist voices should not replicate their antecedents’ masculinist and patriarchal features. Instead, the revival of leftist ideology in the region can only be strengthened through the appreciation of the fact that, along with racism and sexism, homophobia is a resilient regime of exclusion which requires systematic and long-term resistance strategies based on solidarity and cooperation. 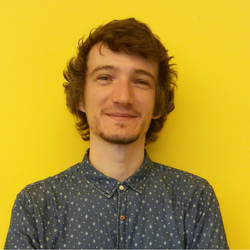