Research evidence indicates that acceptance of LGBT people is increasing. The British Social Attitude Surveys for example (Park 2005) indicate that this is the case and in particular, the attitudes of younger people toward LGBT people are more positive. This change, however, appears to be unevenly distributed and incomplete. Young LGBT people continue to experience marginalisation and feelings of vulnerability. Such marginalisation, isolation and stigma appears to result in young LGBT people experiencing higher rates of depression, suicidal thoughts and suicide attempts than their heterosexual peers (Scourfield, J. Roen, K.  McDermott, L. 2008).

Stonewall produced The School Report in 2012, a survey of young LGBT people and how their experiences at school had affected their self-esteem and mental health. In the case of female students, in the last year 74% said they had felt nervous or anxious about their sexual orientation and this rose to 81 per cent for black and minority ethnic lesbian and bisexual women. Over half (55%) had experienced what they identified as homophobic bullying and 46% of gay pupils who experienced this bullying  spoke about symptoms consistent with depression. River’s (2000) survey supports the thesis that young LGBT people experience higher levels of bullying and victimization in contrast to their heterosexual peers. Depression was more common amongst those pupils who did not have an adult to talk through their experiences with.

LGBT People and the Criminal Justice System (2016) examines US research which indicates that there is a ‘school-to-prison’ pipeline for young LGBT people and issues identified as significant in the pipeline such as homelessness and vulnerability. Drawing on research on women and the CJS in the UK we consider how stereotypical views about women affect outcomes and the implications for lesbians, or those considered lesbian, of such bias.

Legislation and policy not only govern what is legal or illegal in society, it also significantly influences the way a society perceives specific groups, their identity and how they should be treated. Homophobic and transphobic attacks have risen significantly in the UK since the recent vote to leave the EU. The BBC reported that hate crimes against lesbian, transgender, gay and bisexual people have more than doubled during July, August and September, compared to the same period in 2015.

The National Offender Management Service published ‘The Care and Management of Transgender Offenders’, their policy on transgender offenders, in November 2016 (PSI 17/2016). NOMS have demonstrated their commitment to the rights of transgendered prisoners by developing policy to improve practice in this area. Their desired outcome is to ‘treat all transgender offenders in our care and under our supervision fairly, decently and lawfully’. Nevertheless there have been four deaths of transgendered women in prisons in the past 15 months. The most recent was Jenny Swift, 49, who was found dead at HMP Doncaster, an all-male prison, on 30 December 2016 (BBC News online 10th January 2017).

We also know there are issues in terms of sentencing, for example there is evidence from the US that sexual orientation might affect criminal justice outcomes for LGBT people. There appears to be a large over representation of lesbians on death row in the US and we have examined how lesbians and gay men are characterised by the media and prosecution when they appear before a judge and jurors.

LGBT People and the Criminal Justice System (2016) also looks at the situation of LGBT people from an international perspective. Trends in countries such as Russia, which suggest a growing hostility to the LGBT community following the imposition of new laws against ‘gay propaganda’ are explored. The rise and influence of evangelical Christianity in Uganda is discussed. The increase in serious assaults and incidents of murder of LGBT people is traced and finally the responses by LGBT people and organizations that have put pressure on both governments and global companies to encourage reform are evaluated.

We look at the problems that exist in recognising that domestic abuse and violence exists in a community that is already ‘hidden’ from mainstream society in its many different aspects.  For a LGBT person to come ‘out’ and admit to partner abuse requires them to step through a number of different barriers and obstacles, both their own internal sense of shame and fear and the potential for agencies to fail to recognize or take seriously the issues facing them.  Individuals may hide the issue of domestic violence from researchers as well as public authorities (Renzetti 1998) because they ‘do not wish to propagate a negative imagery of gay relationships within a homophobic society’ (Merrill 1998). Domestic violence is also understood to be largely a feature of male aggression, so for men to come forward as victims in both heterosexual and gay partnerships requires another barrier to be overcome, and for women to acknowledge female aggression and violence represents a different form of barrier and challenge to stereotypical thinking. Violence in gay partnerships remains largely hidden and under-researched. Criminal justice practitioners in the police, prison and probation service may fail to detect it when working with both perpetrators and victims of domestic violence.

HORSFALL, A. 1988. Battling for Wolfenden, Routledge.

Charlotte Knight is an Associate Researcher at De Montfort University, UK. She established the Division of Community and Criminal Justice, which delivers probation and police programmes, and applied criminology degrees.

Kath Wilson is a Senior Lecturer and leads the probation programme at De Montfort University, UK. Previously a probation officer, she teaches mainly around issues of values, diversity and offender management within the criminal justice system, particularly in relation to probation and policing. 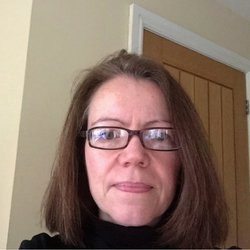 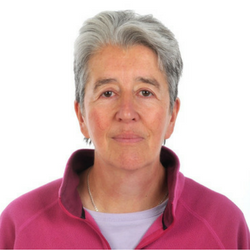