For more than 15 years, my scholarly interest has been in collecting and interpreting personal histories of gay men in Australia and in other English-speaking countries including Hong Kong, India, England, New Zealand, and the USA. Long before I began this, my interest in personal histories evolved from the many years I spent meeting and speaking with gay men in bars and clubs and during fleeting or long-term intimate relationships. Some time ago, I argued that the ease with which gay men talk about their lives could be associated with the fact of coming out and that coming out involves ‘talking themselves into existence’, that is, recasting and reconstituting their individual, personal narrative (Robinson, 2013: 19). It requires a reflective assessment of the past, which can include a re-evaluation of existing relationships, as well as experimenting with new forms of social/sexual relationships that we had only dreamed about when closeted.

Reality does not always match the stuff of dreams and while for some coming out can be a wrench, for others it can be an easy transition, depending on their social situation. But my point is that everyone who comes out must talk themselves ‘into existence’ which might explain why gay people find less trouble in telling their personal history and make such good interviewees.

Generational identity and ageing are strong themes in my work. The former developed as an interest when I was comparing experiences of different cohorts and noticed how changing social mores, in particular homophobia, affected their well being and sense of self—thus supporting an argument that sexual identities were historically contingent (Robinson, 2008). My interest in ageing arose because of the valorisation of youthfulness that I observed on the gay scene decades ago. A long-standing, familiar trope in the history of homosexuality, I found it to be strongest in the baby-boomers—because of the extensive commercial scene that was created for them, which included clubs, bars, warehouse (or circuit) parties—and was interested in its effect on how they aged and prepared for old age (Robinson, 2008: 72–6, 86–88; Robinson, 2013: 43–60).

To illustrate the appeal of personal history research and some of the effects of ageing on sexually adventurous gay men, I have included here unpublished and unanalysed extracts from interviews I had with two men in their mid-50s. The first was with a Briton in his mid-50s who grew up in London and lived in South-East Asia.

"When I broke up with [long-term boyfriend] … suddenly I had to think about who I was and what my body was like, what chance I had of finding another relationship, what were my chances of finding sex. To relieve depression … I started going to the gym and … then I discovered that my body was changing even at my age, which was almost 50 and it was making a difference to my sex life … I was meeting new people a lot of the time and that [a toned body] was the currency that mattered."

And the second was with a New Yorker who lived in the Bronx.

"I think that being gay and ageing presents a lot of problems that being straight does not. There are probably similar things about financial security and loneliness that are exactly the same but there are other things that are not and I think it all depends on … understanding what you like … because there are people who … do have a sensual desire to not necessarily live their lives … with … [the same] partner … I do not know that I am that type but I hope that over the years I … find that balance."

I included these two extracts to illustrate the importance of youthfulness to gay men who are involved in the scene and sexually adventurous and also how difficult it can be for them to find and maintain a companionate relationship, which seemed to be what the man from the Bronx was hinting at. The extracts showed also how much rich, intimate detail can be revealed in personal histories.

In these two examples, there was evidence of existential trials brought on by, in one case, the end of a long-term relationship and the commencement of body-building and a consequent increase in sexual appeal to others and, in the other case, between the desire for a continuing relationship and the allure of fleeting sexual encounters. As mentioned, both men were in their 50s and showed no sign of resigning to the socially-constructed norms of late middle-age—social/sexual retirement—and in the case of the second every sign of believing that he would in due course achieve the balance he sought.

Peter Robinson is Senior Lecturer in History and Sociology at Swinburne University of Technology, Australia.  He is the author of The Changing World of Gay Men, Gay Men’s Relationships Across the Life Course and the forthcoming Gay Men’s Working Lives, Retirement and Old Age. 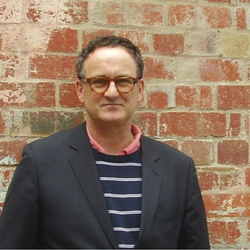