Once a source of Cold War political anxiety, the People’s Republic of China has morphed in the twenty-first century into a source of post-industrial economic anxiety. Western, especially American, economists and entrepreneurs witnessing the collapse of the Soviet Bloc three decades ago, expected Chinese communism to follow its European counterparts into “the dustbin of history.” Instead, the PRC continued its 40-year trajectory of industrial and commercial growth without a pause, becoming the United States’ principal rival globally. This unanticipated outcome led commentators to talk and write excitedly about the “Chinese miracle,” how opening the nation in the 1980s to capitalist investment, corporate managerialism, and “modern” economics rescued the PRC from socialist stagnation and eventual collapse. Such judgments positioned China as patiently surviving lost decades under Maoist totalitarianism, before a just-in-time reorientation to business-friendly policies arrived under Deng Xiaoping. Unfortunately, this appropriation of one generation’s history obscured the ground-breaking achievements and everyday accomplishments of Chinese enterprises during the PRC’s first generation, from the Red Army’s 1949 victory to the 1970s.

In 1949, large sections of China were in ruins; after all, warfare with Japan had commenced in the early 1930s, as had battles between Communist and Guomindang (Nationalist) forces, which only intensified after 1945. When the People’s Republic was proclaimed, China’s railways were crippled by collapsed bridges and broken-down rolling stock, whereas its ports, canals and waterways were clogged with sunken vessels and debris, with trade and industry nearly at a standstill. Then a nation of 550 million people, 80% of whom were illiterate, the vast majority farming with traditional hand tools, China surely needed a miracle to rebuild and advance. One did occur, combining in the 1950s and 60s Party activists’ devotion to national self-reliance, the hardy pragmatism of enterprise managers, technicians, and local officials, with longstanding cultural commitments to cooperation and emulation to prepare the foundations of a “New China” and build on them.

In this revolutionary surge toward modernity, Beijing political leadership committed grave errors: excesses of enthusiasm in the Great Leap Forward (1958-60) and of ideology in the Cultural Revolution (1966-70). Still, on the ground in provinces, cities, county seats, and farm districts, enterprises experimented persistently with labor-intensive and capital-saving ways to create infrastructures and industrial capabilities, and to expand agricultural production and rural consumption. As might be expected, given the PRC’s weakness in technical and administrative training, failures were frequent; but workable innovations from communes or machine shops were readily shared with nearby firms before being publicized regionally or nationally. There could be no private property in ideas and techniques that contributed to building an independent, socialist China. Meanwhile Party and planning guidance encouraged local authorities to deepen self-sufficiency by using local resources to build thousands of small cement plants, electricity generating stations, irrigation and water management projects, and agricultural tool-making shops. Although the Great Leap Forward’s countryside blast furnaces were long cited in the West as costly follies (which they were), the interactive effects of cheap rural initiatives were little noted: for example, waterflows directed through cement channels drove freestanding electrical plants, which in turn, provided power to tool makers and cement works alike.

Throughout these decades, China remained poor by international standards. Soviet assistance, while not trivial, could hardly fund industrial modernization and ended with the 1960-61 ideological split, when thousands of visiting Russian engineers abandoned construction projects in process. After 1949, Cold War America had walled itself off from the PRC and strong-armed its allies to restrict contacts and dealings (though often ineffectually). Such policies reinforced the profound mistrust of the West that Chinese officials and merchants developed in the imperialist era (1840s-1940s). The result was a go-it-alone strategy for socialist development that operated on multiple levels. If the Soviets had fashioned a degenerate, hierarchical, bureaucratic version of socialism, China would idealize serving the people through continuous revolutionary practice (one of the Cultural Revolution’s goals being to fracture bureaucracies in state, party and enterprise). If world financial markets dismissed China, the PRC would self-fund, prioritizing military and industrial advances and avoiding international debt (which sustained independence). If China had too little hard currency to pay for the petroleum that fuels a modern chemical industry, the nation would train thousands of young geologists and launch prospecting teams nation-wide (which paid off in oil and ores). If the center had too little funding for agriculture, provinces and counties would cobble together experimental programs for rural development. On the ground during the Mao years, Chinese workers, farmers, managers, technicians and Party cadres created institutions and practices that distinctively blended nationalism and socialism, an approach which has proved durable in simultaneously absorbing and resisting contemporary initiatives by capitalists seeking power in and control over China. Appreciating the PRC’s organizational history can help us understand that trajectory more fully.

Philip Scranton is Board of Governors Professor Emeritus, History of Industry and Technology, at Rutgers University. His recent study, Enterprise, Organization and Technology in China: A Socialist Experiment, 1949-1971 (Palgrave, 2019), focuses on granular-level business practices and economic capabilities in PRC agriculture, infrastructure, commerce and industry that proved central to building socialism and autonomy, after a century of servitude, drift, and warfare. 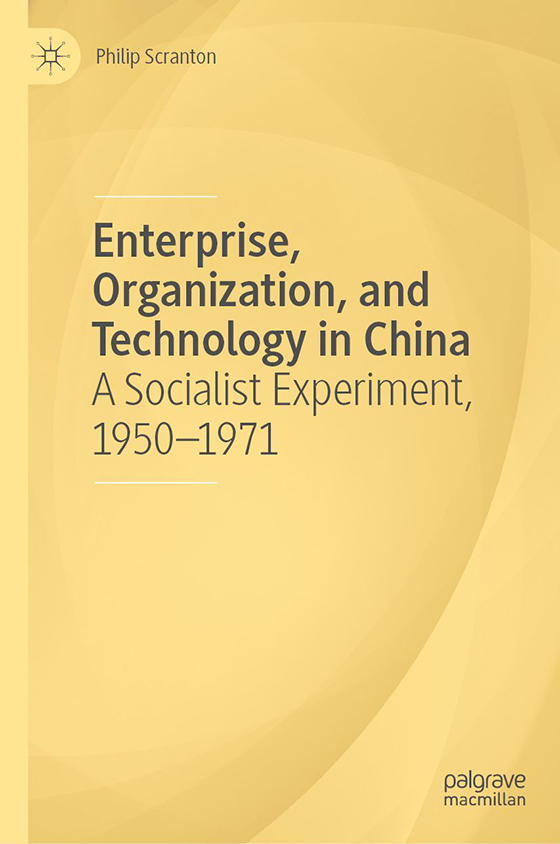