Liberalism, Through a Glass Darkly

Philosophical liberalism leads a double life. On the one hand (analytically-discursively) it is a closely studied tradition of political thinking, extending from Locke to Hayek, of appreciable internal diversity and recognizable stages of development. On the other hand (rhetorically-responsively) it is the hegemonic, all-purpose negative frame of reference. As the dominant First World ideology or (if one prefers) political theory, it is the viewpoint in terms of which other ideologies define themselves: it is important to Marxism, to socialism, to conservatism, libertarianism, and even to anarchism, despite the fact that they each contain liberal elements to a greater or lesser degree.

Of late, there has been a spate of books either touting the demise of liberalism (most notably Patrick Denizen’s Why Liberalism Failed) or a hyper-ebullience concerning liberalism’s achievements and prospects (most notably, Steven Pincer’s Enlightenment Now). Though Demean and Pinker each present and represent helpful perspectives, in the ever-shifting sands it is not immediately obvious which one of these perspectives has a more accurate correspondence. These perspectives may well converge around the political sociology of liberalism whereby liberalism is being leached not only by its opponents but is being gamed by its ostensible advocates, paradoxes that may well be inherent to the very logical structure of liberalism.

One is not going to find a unique set of values, ideals, and general theoretical beliefs common and distinctive to liberals. However, at the level of values and ideals, there are three typical liberal attitudes identified in the following theses:

The personal autonomy thesis assumes (1) that people have ideas about living rightly or living well, (2) that these ideas can inform their practical reasoning and explain their actions, and (3) that when such ideas do fulfill this practical role, this is at least one good element in any situation in which it occurs. Where a person is autonomous be it intrinsically or instrumentally, he or she would have a personal conception of the good, and this conception is part and parcel of the causal aetiology of their choices.

To effect the first two theses, liberalism requires that there should be a just political order. Under liberalism the main purpose of law as a just system of rules is to ensure that no agent, pursuing a conception of the good, is set arbitrarily at a disadvantage by the force, fraud or deception of other agents or by the state itself as lawmaker, law-enforcer or law-evader.

The series Palgrave Studies in Classical Liberalism offers an ecumenical forum to discuss these perennial and pressing philosophical problems. With the confluence of interest in situated and distributed liberalism emanating from the Scottish tradition, Austrian and behavioral economics, non-Cartesian philosophy and moral psychology, political economy, the history of political thought, and the philosophy of social science, the Palgrave Studies in Classical Liberalism distinctively and fruitfully speaks to this interdisciplinarity. As the economist G. L. S. Shackle put it: “To be a complete economist, a man need only be a mathematician, a philosopher, a psychologist, an anthropologist, a historian, a geographer, and a student of politics; a master of prose exposition; a man of the world with the experience of practical business and finance, an understanding of the problems of administration, and a good knowledge of four or five languages. All this in addition, of course, to familiarity with the economics literature itself”. Hayek, one of the greatest minds of the twentieth century, wrote that an: “exclusive concentration on a specialty has a peculiarly baneful effect: it will not merely prevent us from being attractive company or good citizens but may impair our competence in our proper field”.

Given these recommendations, it should be no surprise that PPH/PPE courses have remained a stalwart within Anglophonic universities and are gaining eminence elsewhere too. Recognition of this cannot have gone unnoticed by those within the history of economics, finance, business and management and entrepreneurship circles – no-one discipline can possibly hope to ameliorate the seemingly intractable socio-economic problems we now face.

David F. Hardwick and Leslie Marsh of The University of British Columbia medical school are not ones to stay in their lane. David, a veteran of paediatric pathology, and Leslie, with a longstanding interest in philosophical psychology, both share an interest in social complexity and distributed- knowledge and cognition. They founded the series Palgrave Studies in Classical Liberalism, have coedited Propriety and Prosperity: New Studies on the Philosophy of Adam Smith (Palgrave 2014) and are currently coediting the forthcoming book Reclaiming Liberalism (Palgrave). 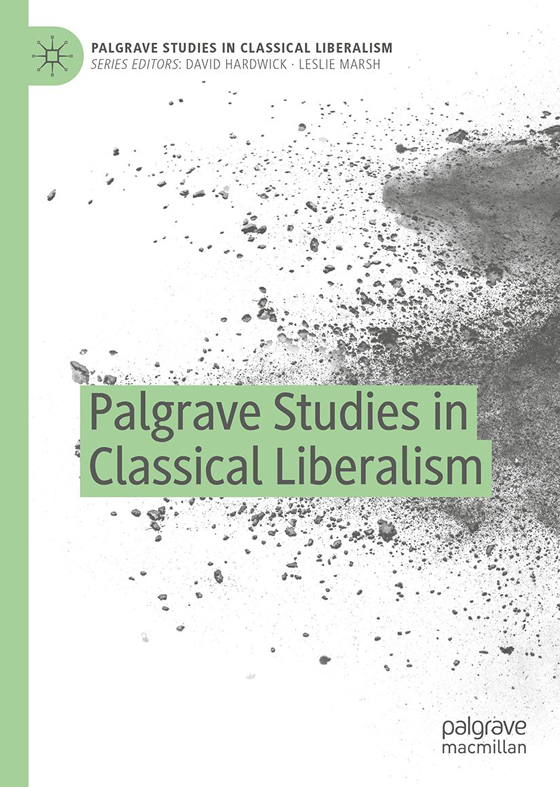