What cutting edge economic anthropology and economic history shows is that prior to the dawn of the capitalist era it would have been nonsensical to refer to such a thing as an “economy” and no one ever did. The reason for this, quite simply, is that while economic reproduction is an existential facet of all existing human societies it had always been intermeshed with other social practices – culture, religion, ideology, politics, and so on – and indistinguishable from them. Only under capitalism does economic life emerge transparently, as a separate sphere, permitting systematic study of “the economy” in economic theory.

Mainstream economics in the neoclassical tradition which gained hegemonic status across much of the world by the early 20th century never problematizes the above important ontological fact. Rather, it blithely advances precepts that draw on select economic practices of capitalism as universal principles of human economic life per se.

Unfortunately for humanity, the naturalizing of capitalism by dominant mainstream neoclassical economics establishes a bulwark against the posing of vital economic questions which challenge capitalist rationality.

For example, does humanity now benefit from the augmenting of abstract mercantile wealth or profit-making as the fundamental social goal and metric for assessing all “costs” to society? Or, has the 21st century elevated “social” costs devoted to raising the overall quality of life, reducing working hours for people through judicious technological choices, significantly redistributing social wealth, guaranteeing high caliber health care and education for all to a paramount position?

There is also the question of environmental costs along with that of maintaining integrity of the biosphere and forestalling resource exhaustion?  The promethean tendencies of capitalism defended by mainstream economics in its prostration before the God of economic growth, while running roughshod over the foregoing, were nevertheless extolled in 19th and 20th century society for the material goods capitalism delivers. Yet today, with humanity deluged by material goods and suffocating beneath a Himalayan mountain of waste untrammeled production of these generates, the principle of economic growth appears Quixotic.

Across the natural and social sciences no greater battleground exists than over economics. In past societies ideas that challenged ruling class interests in maintaining the status quo were summarily exorcized along with their purveyors through Divine inquisitions and the like. Presently, economic theories from an array of fecund traditions, principally Marxian economics, though including varied “heterodox” economic perspectives, are forcibly excluded from “Ivy League” University economics classrooms, high ranking academic journals and even mainstream media debate. In fact, even economic history has been hived off economic curriculums in major universities and unceremoniously dispatched to history departments with their purported lesser scientific pedigree.

Instructively, as fallout from the global financial meltdown of 2008-2009 spread, no less than Queen Elizabeth of the UK wrote a letter to the economics apostolate in premiere British academic institutions inquiring why, given the scientific pretentions of the economics discipline, no major mainstream economists had seen it coming. However, instead of provoking deep soul-searching and potential interfacing with other economic traditions in an effort to explain to the Queen the deep structural tendencies enveloping major economies that metastasize into financial conflagrations, economic doyens responded with platitudes about exuberance of market participants and so on.

Yet, while mainstream neoclassical economists had been reveling in the fact that traditional capitalist business cycles no longer played out in major economies, giving way to a “Great Moderation”, a new dynamic of financial bubbles and bursts was taking hold of economies commencing with the global stock market crash of 1987, the 1994 peso crisis in Mexico, the Asian Crisis of 1997, the Dot-Com crash of 2000 and so on.

Apocalypse Economics is a clarion call to critical economic traditions to not only engage in interdisciplinary analysis of the underlying forces wrecking financial havoc on societies but to expose the wrongheaded foundational theories which fail in a studied fashion to provide compelling explanations for current social malaise and offer substantive, enduring, transformatory socioeconomic solutions.

After all, the looming economic apocalypse brings to bear a concatenating of financial, social and environmental challenges for humanity. These demand economic theory recognize capitalism as a particular “kind” of society that, as other existing societies before it, has potentially been outpaced by history.

Richard Westra, author of Periodizing Capitalism and Capitalist Extinction, is international adjunct professor at the Center for Macau Studies, University of Macau. 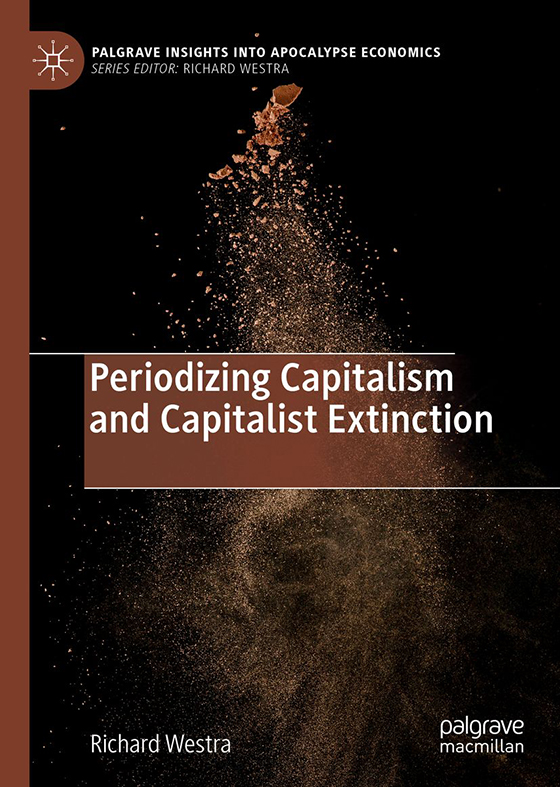