Practical Lessons from US Foreign Policy: The Itinerant Years. Read the chapter "How Did We Get Here?" online free until 24th January 2020.

What drove you to write this book, and why do you think it’s particularly important to learn these lessons from the past now?

We began writing op-eds together just over twenty years ago. In revisiting our work we saw some common themes that we thought would be useful to compile and share in a single volume. The first theme – or lesson, as we have called it – is the necessity of collective security for survival. We were born over a generation apart, but each of us was brought up with the belief that security is indivisible. It is indivisible geographically, not least for a country as large as the United States with global interests and responsibilities. And security is indivisible categorically, as it encompasses all aspects – cultural, economic, political, social, as well as military – of human affairs. The world wars of the 20th century showed the dangers of ignoring this lesson. So we were struck, right from the moment when we first started writing together in the 1990s, by how little time it took for Americans to ignore the importance of collective security. Many people said anodyne things about globalization and the liberal international order, but went about undercutting that order and America’s role in furthering it with short-sighted and increasingly unilateralist policies meant more to score political points or further ideological programs than to achieve long-lasting peace. Americans became less attuned to the views and interests of other nations, including our most important and closest allies, concentrating instead upon ideal methods for designing and programing their behavior. The result was the squandering of a tremendous and very unique post-Cold War opportunity. Our hope is that this collection of essays may help a new generation of leaders unite the country around policies that truly serve the interests of the United States.

What are some of the main global challenges facing the US now? What will determine whether it will face them successfully or not?

The principal challenge now, globally and locally, is to get our country’s own house in order. The US government currently lacks the capacity to formulate and execute effective foreign policy: the process of national security analysis just does not exist in the White House, at least in a manner that can be said to be based on any shared principles of the national interest. Throughout the US government, too many entrenched systemic problems stand in the way; bureaucracies have coasted too long on past successes; a dangerous dumbing down of public discourse has taken root amid a cacophony of factionalism. One way to start rebuilding the capacity to make effective foreign policy is to remember that its principal aim is to advance US interests around the world, not to advance the ideological and political preferences of policymakers. Yet the public and Congress sound less concerned with rebuilding and more interested in shedding responsibilities with honor in some way that preserves albeit superficially the good name of the United States. This instinct interacts in a confused way with the White House’s gut feeling of cutting US commitments or lashing out with no appreciation for any predictable effect of doing so, making no attempt to discern the consequences. Thus the debate taking place today, largely outside government, over “endless wars,” however much it has led citizens to question the high material and moral costs of US military intervention, does not really address the strategic and operational necessities of foreign policy. This debate has been mostly about power – how much, how little, how hard, how soft – rather than about how power ought to be exercised in building and sustaining viable security communities, and in fostering a vigorous and cooperative US presence in such places critical to our nation’s interests. Other global challenges – from climate change, to terrorism, to socioeconomic inequality, to weapons proliferation, to the “revolution” in artificial intelligence – will be addressed successfully only if the US pursues policies that align with political and technological realities, and if Americans can persuade allies and partners to cooperate in making alignment work. We can’t have it all our way, which includes the luxury of not having it any way at all.

Why are regional solutions and multilateralism so important?

Critics may claim that our aversion to theoretical attachments does not extend to our own with regionalism. Perhaps they’re right; but we came to writing as a diplomat and a historian, not as political scientists, which is to say, we draw on our own experience and observation over several decades. We have come to believe, rightly or wrongly, that regional solutions to common problems, be these problems local, global, or some combination, are the most effective in advancing over the longer term the cause of collective security. Most international problems that governments experience, or at least the ones that are most obvious to their citizens, are with close neighbors. The most prosperous countries tend to be those with well-integrated regional economies. The deepest historical animosities tend to be those felt closest to home. The United States, with a favorable regional geography and the capacity to play a constructive role throughout the world, has had a special responsibility and talent for helping other nations tackle problems by means derived from local conditions through multilateral institutions. It has not always been the honest broker in every region, but we believe that “thinking globally, acting regionally” ought to be the mantra going forward, especially in Northeast Asia and the Middle East, where intense power rivalries now threaten peace and security across the world. 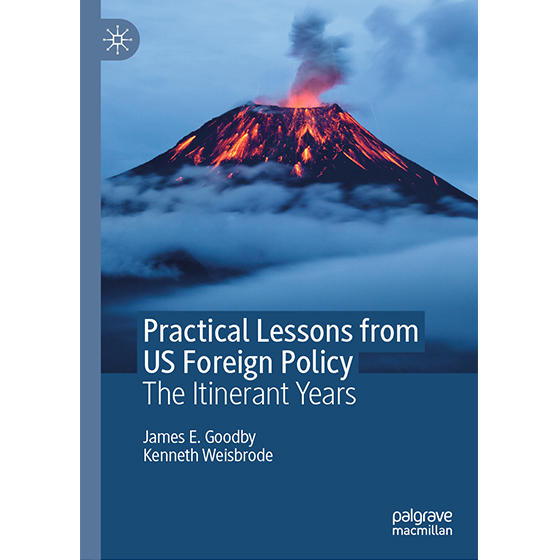