Huub van Baar is Assistant Professor of Political Theory at the Justus Liebig University Giessen, Germany, and Senior Research Fellow of the Amsterdam Centre for Globalisation Studies at the University of Amsterdam, the Netherlands. He is the co-editor of The Securitization of the Roma in Europe.

Read a free chapter, "The European Roma and Their Securitization: Contexts, Junctures, Challenges," until December 14.

How did you end up writing about the Roma people in Europe? What kind of experiences led you to this topic?

The situation of Romani minorities is one of the least understood in the context of human rights and citizenship in contemporary Europe. First of all, many people still believe that the Roma are a kind of travelling or otherwise ‘irregular’ people who are living in a special situation without (clear) citizenship in EU countries. The reality is that the Roma are citizens of the European states to which they were born and, thus, also have EU citizenship when they live in a EU country. Nevertheless, when for instance Eastern European Roma exercise the EU right to free movement and travel to Western Europe, they are confronted with eviction in or deportation from countries such as France, Spain and Italy. And even when they do not travel at all, particularly the poorest and segregated Roma in Europe have been confronted with serious barriers to adequately exercise their citizenship, because, due to persistent institutional forms of racism, they have been faced with limited or even denied access to public services, including housing, employment, health care, education and justice. At the same time—and this has often been the official or unofficial reason for their precarious citizenship—in many places the Roma have been ‘securitized,’ that is, considered as security threats, for instance in the context of public order, national security or human security. This complex situation has led me, together with my colleagues Ana Ivasiuc and Regina Kreide at the University of Giessen, Germany, to do research and publish an edited volume on the backgrounds of why the Roma, despite their European citizenship and the large-scale development programmes that have been dedicated to them throughout Europe, tend to be dealt with differently than other EU citizens. What is new in how we approach this theme in The Securitization of the Roma in Europe is that we do not juxtapose the ways in which the Roma have been problematized in terms of security and how they have been framed along the lines of citizenship, human rights or development. We have shown that, in contemporary Europe, regimes of development, citizenship, human and minority rights, security and mobility considerably overlap and how, on the ground, these intersections have played out highly ambiguously regarding the Roma. What is particularly striking is that they have primarily been approached as either ‘people at risk’ or ‘risky people’ and, thus, that their risk profiling strongly dominates, leaving little space for, for instance, articulations of Roma agency.

December 10 is Human Rights Day, marking the 70th anniversary of the Universal Declaration of Human Rights. How have Roma communities used different human rights frameworks, and how successful has this been?

The ways in which Roma have used human rights frameworks depends very much on the level that we discuss. At the local level, many Roma and also their advocates are not fully aware of their rights and how to mobilize them effectively, even while the knowledge about their rights is slowly but surely improving. At the same time, particularly since the early 1990s, transnational Roma and pro-Roma networks of human rights activists have managed to present the situation of the Roma as a ‘human emergency’ to get ‘them’ onto European institutional agendas. In the nongovernmental context, various key human rights organizations—most notably the European Roma Rights Centre (ERRC) in Budapest—have played an incredibly important role in getting complex cases, which were frustrated before national courts, at the European Court of Human Rights in Strasbourg. The vast majority of cases brought before the European Court has been won in favour of the Roma. Yet, these cases are usually won with delays of many years and have led to forms of compensation that are more symbolic than effective. Worse, in important won court cases, such as those against the Czech Republic, Croatia and Greece regarding the school segregation of Romani children, these illegal practices have continued to take place. At the same time, over the last couple of years, at the European but also national levels, Romani and pro-Roma activists have quite successfully lobbied for the recognition of antigypsyism, thus of particular forms and practices of racism that affect mostly Roma, Sinti, Gypsies, Travellers and other groups that have often been brought together under the umbrella term ‘Roma.’ Whether the recognition of antigypsyism, as the ‘Roma’-related equivalent of antisemitism and Islamophobia, will help to articulate and combat the violation of the human rights of Roma more effectively still needs to be seen.

Institutional racism against Roma is still prevalent across Europe (as made evident by the European Parliament president’s recent opinion that Italy’s proposed citizenship income will “end up in the pockets of Roma…”) – what do you think is the next step in working to end this racism?

I already suggested that the Roma have often been problematized along the lines of being either people ‘at risk’ or ‘risky’ people and that in practice the boundaries between these two perceptions have frequently been considerably blurred, implying that their representation as victims or people living under difficult circumstances always ambiguously intersects with their criminalization and the idea that you cannot trust them, that they are actually perpetrators responsible for the troublesome situation in which they live. This double imagery has a long history and is still firmly embedded in our visual and narrative cultures and, thus, in how both institutional and everyday racism against the Roma function in our societies. These patterns are strongly connected with what I have called the emergence of ‘reasonable antigypsyism’ in Europe, which is the idea that one is actually ‘rightfully’ entitled to treat the Roma differently. This is what David Goldberg, the influential scholar of race, would call racial reversal in which not only ‘blaming-the-victims’ arguments are mobilized but worse, the historically dispossessed are also considered as the principal perpetrators of racism. Though this reasonable antigypsyism is hard to challenge now that populism and nationalism tend to considerably mainstream racism, it is here where those who would like to combat anti-Roma racisms should meet. I think we can understand the attempts of activist networks to get antigypsyism recognized as a specific, impactful practice of racism as efforts to challenge the ongoing exclusion and marginalization at particularly this level of institutionalized racism. 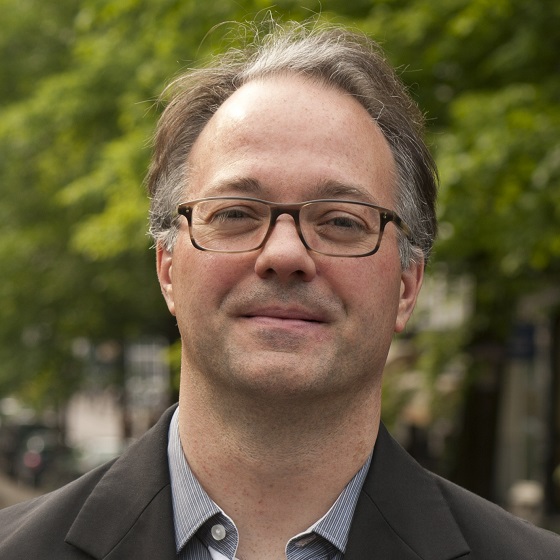