Narratives of War and Justice in Croatia

Ivor Sokolic is the author of International Courts and Mass Atrocity. He is Research Officer in the Department of Government at the London School of Economics and Political Science, UK.

What inspired you to write about transitional justice and war crimes in Croatia?

These topics fascinate me because the 1991-1995 conflict is a defining moment for modern Croatia and Croatians. Its special position in culture, politics and in the home makes it interesting. The narrative that surrounds it is highly emotional and laced with personal memories, even for individuals who experienced it at a distance. I grew up both inside and outside of Croatia, I was never physically close to the conflict, yet as I grew up the conflict came to define how I regarded Croatia’s position in the world, Croatian history before the 1990s, the breakup of Yugoslavia and my own relations with people from other parts of the former Yugoslavia.

My insider status meant that I emotionally and culturally connected with the dominant understanding of the conflict. Yet, as an outsider, I later came to understand that the narrative of victimhood is constructed, rather than primordial. This made me realize that victimhood is not simple and that there are many victims in the former Yugoslavia, not only Croats. It made me realize that the legacy of the war continues to haunt Croatia, and the region, in ways that are yet to be explored. Families are still looking for missing loved ones, but governments are not helping. War veterans are fighting to make themselves heard, but being manipulated by politicians. And Croatian democracy is based on an ethnic understanding of the world, within which Croatian victimhood is prioritized. I wanted to see why this happened and why the Croatian transition did not deliver human rights and justice to all equally.

Why Croatia? Is Croatia’s situation and its relationship to public norms and transitional justice unique?

I chose to study Croatia, also the country I am from because I believe that deep understanding of local culture, history, language and politics of a single case is an excellent starting point for theory production and, therefore, the study of universal cases. Norms have a taken-for-granted status in societies – we are often not aware of them – which provided me with a unique opportunity to study Croatia as an insider, who intrinsically understood local norms, as well as an outsider, who was also aware of their existence and construction. Croatia’s relationship with public norms and transitional justice is, in this sense, not unique. It belongs to a large list of cases where transitional justice norms failed to take hold in society. But every process of transitional justice is so unique that it takes specialized area knowledge to get to grips with it.

Transitional justice in Croatia is, therefore, not completely original and without precedent, but it did contain new and unique elements. The regional conflicts were the first to have an international criminal tribunal overseeing them as they took place. They were the first to take place in a global environment where human rights were an important part of international rhetoric. At the time, they were also the best-recorded conflicts to date, with day-to-day monitoring of their progress. Croatia’s post-conflict situation also contained unique elements. Croatia’s transition from Yugoslavia has been marked by numerous nationalist governments and a revisionist approach to history, all within the context of European Union integration. Croatia is now a full member of the European Union, yet it continues to curtail certain human rights and minority rights. It shows that the closure of the International Criminal Tribunal for the former Yugoslavia (ICTY) and accession into the European Union has left behind a void, which has allowed for issues of transitional justice to be overlooked.

To what extent do lessons learned in the Croatian context apply elsewhere?

The findings from Croatia can be applied universally because they point to the complex process of norm diffusion in transitional justice. The Croatian experience of transitional justice shows that the trickle-down effects of human rights and justice norms struggle to take hold when faced with powerful, entrenched and emotional local norms. Future transitional justice institutions need to take these local complexities into account and they need to pay attention to the expressivist, or extra-legal, effects they have. Expressivist effects create opportunities for societies to deliberate on the recent past and come to terms with what happened. Expressivist moments are also key to how the transitional justice process is judged by the local public it is promoting human rights norms to. Local narratives of victimization can be too strong for human rights norms to take root and the transitional justice process can easily be appropriated by local elites. Croatia, however, also shows the positive impact international war crimes tribunals can have. The precedents set by the ICTY are impossible to ignore and its track record in Croatia shows that no other institution was likely to undertake this much-needed task. The lesson from Croatia is that international war crimes tribunals play a key role in transitional justice processes, but that their design needs to better take into account local complexities. 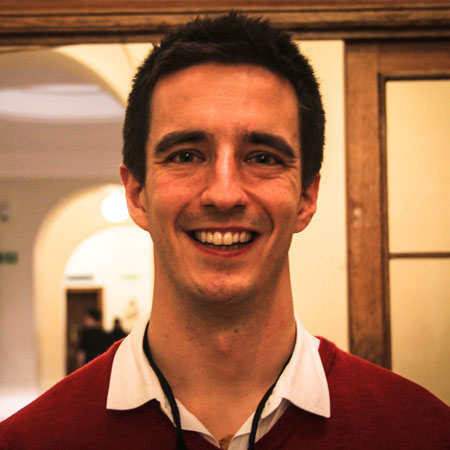