Disobedience in The Military

Jean-François Caron is Associate Professor and Chair of the Department of Political Science and International Relations at Nazarbayev University, Kazakhstan, where he teaches Political Theory.

His book Disobedience in the Military discusses contemporary questions about the nature of military’s obedience and emphasizes the importance of ethical disobedience as a tool to humanize human conflicts.

What inspired you to write on disobedience in the military?

Just like many other people, I thought for a very long time that the military institution was all about obedience. When I realized that this belief was incorrect and that disobedience was, on the contrary, the most important virtue of a soldier, it opened up a series of reflections that I’m sharing in this book.

Through my investigations, I’ve also realized that the current way disobedience is shaped is problematic. Although the moral principles that inhabit the rules of warfare have without a doubt contributed to decreasing the risk of barbarianism in warfare, they have nonetheless remained incapable of eliminating all the violations of war conventions. The waging of unlawful warfare has not been stopped, nor has the intentional targeting of civilians. A lot of people may say that stopping all these violations may simply be an unrealistic dream. Others would rather argue that these violations are still ongoing, in part because the way we are thinking about soldiers’ duty to disobey has reached its limits. This is due to a narrow understanding of this obligation and that the respect of war conventions would greatly benefit from having a broader interpretation of it.

What do you think is most unique about the military as an institution, particularly when it comes to balancing morality (at both a personal and wider social level) and lawfulness?

Members of the military are unique in the sense that their profession’s main task is nowhere close to one of the other employees: they are indeed the only ones who are legitimately entitled to kill other human beings. It is easy to understand why their behaviors need to follow strict moral rules as well as the legal norms of international humanitarian laws, especially in light of the fact that, as Voltaire once said, war is a horrible phenomenon, but the worst thing about it is that it is an unavoidable curse of human nature. If this condition cannot be stopped, then it is of the utmost importance to find ways that will limit as much as possible the sufferings connected to human conflicts. I wish to demonstrate in this book, one of the main elements in this regard is soldiers’ capacity to disobey the orders they are given. Indeed, history is showing us that obeying military commands has very often led to massacres and war crimes.

To what extent are the current acceptable norms for disobedience in the military likely to change in the future?

In light of various contemporary situations, I feel that the obligation to disobey in the military has reached its limits and that it needs to be broadened for the sake of limiting even more the terrible effects of warfare. For instance, and in light of the 2003 invasion of Iraq, it is currently impossible for soldiers – except in a handful of countries – to refuse to participate in illegal wars. The massacres of civilians in Srebrenica and in Rwanda have also shown that obeying legal orders may facilitate the perpetration of crimes by third parties. Also, the desire of certain soldiers to resist against evil and keep on fighting despite the surrendering of their country, as was the case with Charles de Gaulle in 1940, raises the question as to whether soldiers must always obey legal orders or if they should only follow them as long as they are moral. 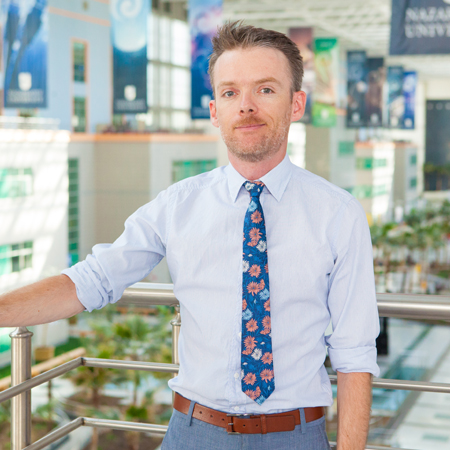