The Past, Present, and Future of War

John David Orme is Professor of Politics at Oglethorpe University, USA, and author of Human Nature and The Causes of War.

What can history teach us about modern wars?

I contend that the principle cause of war is not international anarchy but human beings. There is considerable continuity in human motivation and cogitation over time. Human beings desire not only security but power, glory and honor. These motives provide an impetus to war, and can also impair the judgment of statesmen. Whether war results depends on many factors, but the most important is the nature of the regime. Regimes determine many things: the extent to which power is concentrated; the sort of men who rise to power; the values that shape policy; how and to what extent the regime legitimizes itself; and how effectively the advisory process works. Regimes that concentrate power (especially in the hands of men of corrupt character and poor judgment), that justify or glorify violence, whose claims to rule are dubious or ideological, and have a dysfunctional policy process are much more prone to begin wars they cannot win. As Aristotle observed, “the tyrant is a warmonger.” This conclusion is well supported by the twenty historical case studies presented in the book, which span the years from Louis XIV to Saddam Hussein. Whether contemporary authoritarian governments (China, Russia, Iran, North Korea) share these attributes with their predecessors is beyond the scope of this work. Suffice it to say that if a bird quacks and waddles, it will probably jump into the water at some point.

Which political regimes most effectively temper the will to war?

The argument in Human Nature and the Causes of War follows that of the Baron de Montesquieu, who considered both Monarchies and Republics, in contrast to “Despotism,” to be “moderate” regimes. European Monarchy concentrated authority, but in the hands of leaders more psychologically at ease and politically legitimate than despots. Monarchy’s advisory process was surprisingly good, although there was of course no guarantee that good advice would be taken. When led by able statesmen, Monarchy achieved impressive results; but in the less capable hands it could produce disaster. Regarding Democracy, I agree with Tocqueville’s assertion that modern democratic societies are fundamentally pacific, but with one important qualification. Democracies’ very reluctance to go to war makes it difficult for them to deter or coerce their adversaries. As a consequence, they frequently end up fighting wars that other regimes might have avoided. Moreover, they are prone to a surge of wounded pride if disrespected by states emboldened by their apparent sluggishness. As Churchill remarked, Democracy is the worst form of government, except for all the others.

Has technology altered this?

Probably not very much. Nuclear weapons are said by some to have brought a “long peace” during the cold war. Yet it is hard to imagine the USA and USSR risking a repetition of World War II to alter the post-war settlement, even if nuclear weapons had not been invented. Atomic weapons did not prevent Mao’s China from attacking the United States or Vietnam from later attacking China. The world today is highly interdependent, and so it was in 1914. There was glib talk at the onset of the “Arab Spring” in 2011 that the internet and social media would make dictatorship obsolete. Yet, authoritarian regimes persist and now we worry that they will exploit social media to undermine democracy. The most important technological change may be birth control, which has reduced the size of families in the advanced industrial countries, perhaps making them even more sensitive to casualties. In the long run, this may pacify the world, but in the medium term it seems to have reinforced the democracies’ reluctance to fight without imposing much restraint on revisionist states. 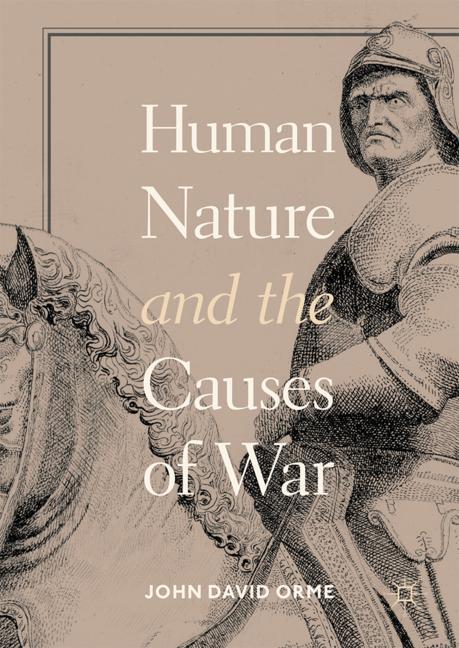