Your argument about ‘decentralizing authority’ in the wider Global Economic Architecture is quite interesting. Can you talk a little bit about how you came to examine this and what led you to your conclusions?

As I considered my plans for the new book, I realized one of the most important aspects of the shifting global economic architecture was its increasingly decentralizing authority. This was clearly evident, in terms of the relative influence of actors in formal and informal organizational frameworks of global economic governance, across macroeconomic, trade, and development policy fields. The collective economic leadership of the Group of Seven (G7), and especially the United States, comparatively declined as these other actors, especially from leading developing states, achieved greater international strategic, political, and cognitive authority. This was influenced by recent developments within the G7, particularly the international authority effects of ‘Brexit’ and Donald Trump’s election victory. What is unique about my new book is the analytical ‘matrix’, which examines the consequences of these three key dimensions of decentralizing international authority across the organizational, policy, and actor contexts of global economic governance. The book concludes that these shifts have been increasing, especially since the global financial crisis. Rather than leading to fragmentation of the global economic architecture, the consequences have been to strengthen it by integrating these broader actors. This augmented the capacities of multilateral cooperation through various organizational contexts, such as the Group of Twenty (G20), the BRICS’ New Development Bank, the Asian Infrastructure Investment Bank, and the ASEAN-Plus-Three forum. It also led to important shifts in the policy principles, norms, and practices of global economic governance, particularly in macroprudential financial regulation and the growing sustainable development consensus.

How does this volume build on your previous volume with us which looked at the G20 since the Global Economic Crisis?

This volume certainly builds on my previous book with Palgrave Macmillan, G20 Since the Global Crisis. Many of the core themes of this study were introduced in the G20 book, such as the issue of decentralizing authority in global economic governance and its focus on strategic, political, and cognitive dimensions of authority. The new book similarly focuses on the shifting policy norms and practices of global economic governance, since the 2008 financial crisis, though on a broader scale than the G20. I analyzed some of the wider consequences of the global financial crisis, including recent developments such as the political consequences of ‘populism’, the ‘Brexit’ referendum, and Trump’s presidency. The new book considers these issues, especially how the Trump Administration has undermined U.S. international authority. This has contributed further to decentralizing authority in the global economic architecture, relative to the evidence presented in my G20 book, which was published before the 2016 U.S. general election.

What do you think your next book will be on, i.e. your best predictor about the next big change in the Global Economic Architecture?

I have been thinking about what issues to examine next. My general research strategy is to build on my previous work, while analyzing the significance of new international developments for global economic governance. One aspect of my new book that I find particularly interesting is the growing importance of regional, inter-regional, and ‘mega-regional’ economic cooperation, in areas such as trade, finance, and development. I am especially interested in recent political-economic dynamics in the Asia-Pacific region, including the consequences of international authority shifts and key regional economic and security issues. It has become a cliché to refer to this as the ‘Pacific Century’; but with the rapid economic growth of the Asia-Pacific, compared with a stagnating Europe and concerns about a declining U.S. international role under the Trump Administration, Asia-Pacific regional cooperation has become increasingly crucial for international relations and global governance. 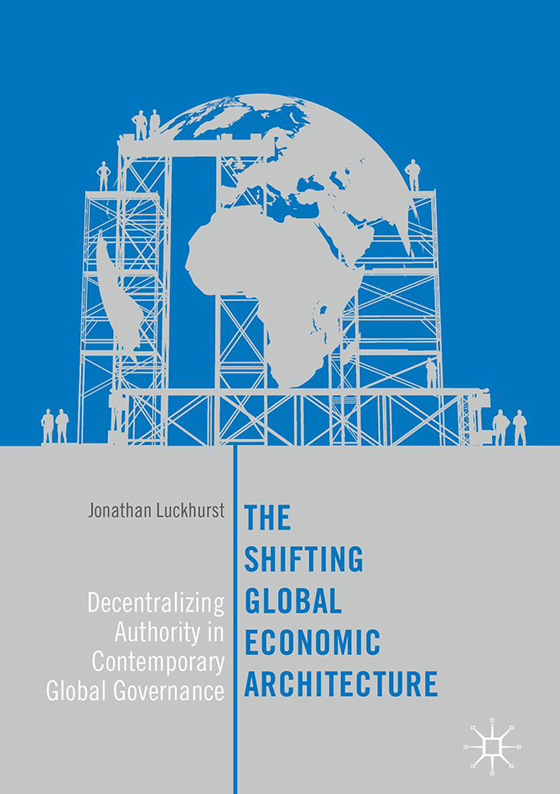