The Case of Liberia and Sierra Leone

Michael D. Beevers is Assistant Professor of Environmental and International Studies at Dickinson College, USA. He is the author of Peacebuilding and Natural Resource Governance After Armed Conflict.

What inspired you to research the relationship between peacebuilding and natural resources?

My initial interest in the topic emerged years ago. I was intrigued by the idea that the environment and natural resources, rather than simply triggering war and insecurity, might in fact enhance security, and even have positive spin-offs for peace. I thought that looking at the natural resource governance in post-conflict contexts might be a good way to investigate the extent to which this was the case. But the more I got into it, the more I realized that scholars and practitioners knew relatively little about the connections between peacebuilding and natural resources. Despite a vast peacebuilding literature and extensive scholarship devoted to resources and armed conflict, few, if any, studies provided an in-depth and comprehensive account of how the governance of natural resources might shape post-conflict trajectories. Moreover, what had been written suggested that where resources were present in abundance peace was often short-lived, or otherwise ineffective. This book was an attempt to better understand the complex and often high-stake issue of natural resources governance in the aftermath of armed conflict. It sheds light on how international peacebuilders came to understand the links between natural resources, armed conflict and peace and how this resulted in certain policy interventions, as well as the limits of those interventions at ushering in a sustainable peace.

In your book, you focus on Liberia and Sierra Leone. Why are these the cases through which you examine the relationship between peacebuilding and natural resources?

Liberia and Sierra Leone are illustrative cases from which to better understand how natural resources are governed in the aftermath of armed conflict. First, both conflicts were widely perceived by the international community, be they states or international organizations, to be linked to natural resources. In fact, the terms “blood diamonds” and “blood timber” frequently refer to these conflicts, for better or worse. Second, both countries have been the targets of extensive intervention by international peacebuilders in an effort to end the conflicts, and subsequently support the long-term project of building a sustainable peace. As such, Liberia and Sierra Leone provide a way to observe how natural resource governance has been carried out in the aftermath of conflict and how this has shaped peacebuilding itself.

What recommendations do you have for peacebuilders working in similar and related contexts?

The relationship between natural resources and peacebuilding varies between countries, and context does matter. However, there are a few practical recommendations for international peacebuilders working to strengthen natural resource governance that goes beyond Liberia and Sierra Leone. First, peacebuilders need to beware of simple assumptions about the links between natural resources, armed conflict and peace. The conflicts in Liberia and Sierra Leone were framed in terms of “greedy” rebels and corrupt government officials that exploited natural resources, but overlooked the complex ways in which a history of oppressive and authoritarian governments created the conditions that fostered violence and fueled conflict. Likewise, deeply held assumptions about poverty and poor economic growth placed an emphasis on rapid resource extraction despite evidence that the promised benefits of extraction had not materialized, corruption remained a problem and tensions between local communities were widespread.

Second, peacebuilders should strengthen rights-based approaches, which it is clear are an important aspect of governing natural resources. Rights-based approaches could help address concerns related to natural resource extraction and place people and communities at the center of extraction and sustainable development. It would help ensure that people are consulted, actively participate in decisions and have free, prior and informed consent about actions that affect their land, environment and resources, while also helping people press claims against predatory and corrupt governments that exploit resources in ways that increase vulnerability and insecurity.

Finally, I argue for enhancing prospects for environmental peacebuilding, by which I mean that peacebuilders need to appreciate that governance of natural resources is a contentious process, one that requires long-term investments in mediation and efforts to transform conflict and tension, real or perceived, into cooperation and trust. In short, robust and lasting peace will be grasped not by ignoring tensions, but by working through and breaking down impasses on challenging and seemingly intractable natural resource issues. 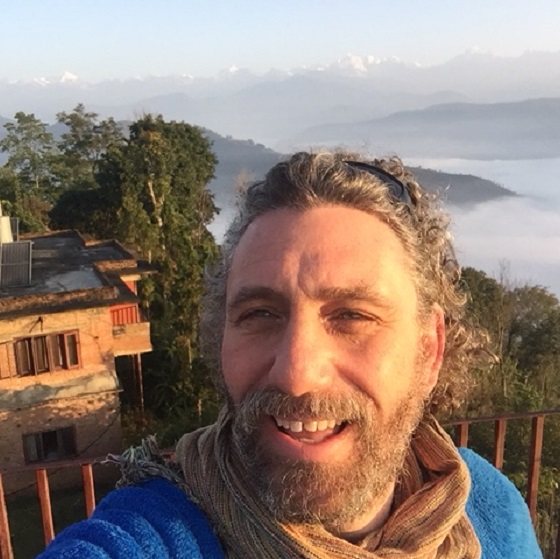