August Nimtz is Professor of Political Science and African American and African Studies at the University of Minnesota, USA and the author of Marxism versus Liberalism: Comparative Real-Time Political Analysis in the Marx, Engels, and Marxisms book series. Read the chapter “The United States Civil War: Marx versus John Stuart Mill” for free until 16th May 2020.

Can a society based on the private ownership of the means of production and, more importantly, the values intrinsic to such a mode of production—self-interest—respond effectively to a collective problem? That’s the life and death question now posed by the coronavirus pandemic, not only for the U.S but for world society.

The images of young people frolicking on beaches in Florida, troubling for some, while Anthony Fauci and Deborah Birx on President Trump’s COVID-19 task force were imploring youth to practice “social distancing” should not have been a surprise. The beachgoers are simply the product of a society based on an economic system that lauds self-interest. More instructive and even least surprising were the revelations about some of those who govern the society. Enriching oneself with insider trader knowledge about the coming pandemic is in the best tradition of the “I-got-mine-you-get-yours” ethic of self-interest—why some of us call them capitalist politicians. Don’t expect the Congressional cohorts of Senators Richard Burr and Kelly Loeffler–and maybe others—to exact real punishment on them for doing business, literally, as usual.

Indisputably, capitalism was an advance for world humanity given what was in place for the previous ten-thousand years—the remaining egalitarian oases notwithstanding. That was one of the key points in Karl Marx’s and Friedrich Engels’s 1848 Communist Manifesto. The new mode of production connected humanity on a global scale in a way no prior economic system had. And exactly for that reason developments anywhere on the planet could have repercussions elsewhere—the so-called “black swan” as some now call it. “All that is solid melts into air, all that is sacred is profaned,” as the two put it, that is, disruption, was now the new normal.

At the core of the new mode of production was the buying and selling of everything, including political influence. That kind of transaction, the young Marx discovered, reach its apotheosis in the U.S. Therein, the downside of capitalism. Everything is reduced to exchange, “the cash nexus” as they put it; how can I make a profit or, what’s in it for me? The two aforementioned senators didn’t need Marx and Engels to teach them that elementary lesson about U.S. politics.

The best that capitalism has to offer humanity is behind us. It was the “Great War” that revealed to revolutionary Marxists that whatever capitalism’s redeeming benefits the costs had become prohibitive. The war, in which 20 million perished, was unabashedly about profits, capitalist greed. And recent documentation reveals an even more tragic by-product of the venality that bred the war, the 1918-1919 influenza pandemic in which at least another 50 million lost their lives—the unintended consequences of sending influenza-affected U.S. troops to Europe in 1918. The president who sent them there, Woodrow Wilson, never, incredibly, acknowledged publicly the pandemic and its 675,000 American victims. It might, in his opinion, undermine the war effort.

Also tragically, the settlement of World War I, the Treaty of Versailles, exactly a century ago, planted the seeds for the next tragedy—the slaughter of World War II. The Treaty was clearly a predatory agreement imposed by the capitalist victors on Germany—fueling the grievances that made Hitler’s Nazi party hegemonic. Evidence, again, that capitalism had outlived its usefulness. It now posed an existential threat to humanity. Between both wars and the influenza pandemic 120 million of our fellow humans perished.

Never should a natural disaster, like a pandemic, be mistaken for a social one. How a society deals with natural ones determines if they will become social catastrophes. And that depends on the choices a society has made prior to their arrival. Think about all the cuts to public health care in the decades leading up to the crisis, at all levels of government in the U.S. and regardless of the party in power. Because the profit motive rules, inner city and rural hospitals have taken a real blow.

That Trump responds in an all so blatant self-serving fashion should be the least surprise; we can be outraged but not taken aback. He’s the most authentic capitalist to ever occupy the White House. Going through his egotistical head about the youth on the beaches in Florida, I suspect, were visions of future customers at Mar a Lago.

The Trump presidency is a product of capitalism. Most obviously, the 2008 Great Recession that wracked havoc on millions of working people who were looking for anything but business as usual; why “draining the swamp” had such an appeal. Marx once said that a drowning person will grab hold to a twig if they think it will save them. Also determinant, all the free time that the capitalist media, in competition with each other, showered on Trump in the run up to November 2016. If you wanted to stay in business, you had no choice but to cover his campaign even if it meant holding one’s nose.

New York Times columnist David Brooks rightly argues  that “social solidarity” is “the kind of thing needed in times like now.”  But that’s only an aspiration for him. Brooks is politically incapable of admitting to what’s essential to capitalism—the promotion of dog-eat-dog values antithetical to human solidarity.

The only country that has a government that practices and promotes solidarity is ninety miles south of the U.S.—revolutionary Cuba. Exhibit A, the 50 Cuban medical workers who recently arrived in Italy to help with the pandemic there. All so telling is that the Italian government asked its fellow European Union members, all capitalists, for help and none responded.

Interestingly, Brooks did visit Cuba in 2016 and came back impressed. There was something special, he recognized, about Cubans. The reason, they had a national poet, José Martí. All would be better in the U.S., he suggested, if we had our own. In other words, anything but doing what the Cubans did—make a revolution to overthrow capitalism and its self-centered values. That’s what makes Cubans special—selfless solidarity to all corners of the planet, regardless of the skin color, language, or religion of the recipient.

One thing for sure the pandemic has revealed, the truth of the ethic that Marx and Engels subscribed to and exemplified by the Cubans: my well-being as an individual depends on the well-being of my fellow human beings. Everyone on the planet, the literal meaning of pandemic—“all of the people.” 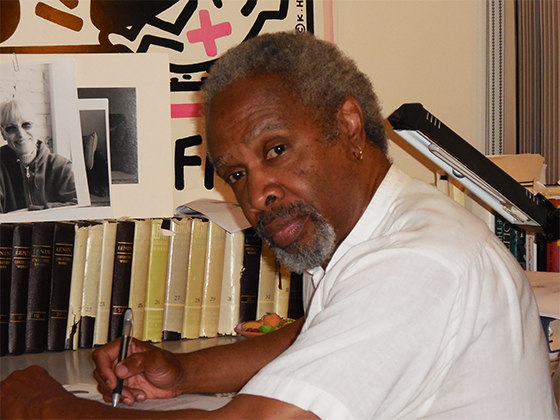