By Jim Horne, Author of Sleeplessness

Apparently, many of us in today’s society are, unknowingly, suffering from chronic sleep loss, commonly known as ‘sleep debt’. This apparent ‘societal insomnia’ is largely attributed to the pressures of modern waking life, and seems to be yet another cause of obesity, cardiovascular disease, even depression.  Besides, such claims further add to the worries of those actually suffering with insomnia, striving for even six hours sleep, only to hear that 8 hours is the ideal ‘healthy goal’.

Yet, human nature being what it is, little has actually changed since Victorian times, when ‘sleeplessness’ was a common topic of medical debate.  Besides, our 7 hour average sleep, today, has changed little over the last century.  Thus claims we ‘need 8 hours’ are doubtful, as most of us happily sleep less than this amount and, besides, judging sleep merely by its length overlooks the importance of its quality, as hour by hour, a night’s sleep is not equivalent in terms its recuperation.  As one might expect, sleep at its beginning, reflected by ‘deep sleep’, is more beneficial than sleep towards its end, when REM (dreaming) sleep is more prolific and intense.

The acid test of insufficient sleep is sleepiness throughout much of the day (‘excessive daytime sleepiness’ – EDS), not just in the early afternoon when there is a natural ‘dip’ for most of us.  However, many people with insomnia feel ‘tired’ through much of the day, but this is not necessarily the same as sleepiness, which is, put simply, a greater propensity to fall asleep. Although sufferers are often ‘tired’ much of the time, often assuming it is due to a lack of ‘refreshing sleep’, it is more of a feeling of weariness and loss of interest in the world at large, which is distinct from sleepiness, as they are unlikely to fall asleep; quite the opposite as sufferers are typically ‘hyper-alert’, rather over-anxious, and unable to unwind, especially at bed-time. This tiredness is not necessarily ‘cured’ by striving for more sleep but, rather, by creating a more enjoyable wakefulness, which is why effective treatments are largely through cognitive behavioural therapies aimed at creating a better waking wellbeing and more pleasurable feelings at bedtime.

Although many people with insomnia find that they cannot concentrate at work, this is not so much due to lack of sleep but the tiredness and anxiety.

My book, Sleeplessness, also takes a more critical examination of the links between short sleep, obesity and these other illnesses, and shows these effects to be modest at best, usually taking years to develop and only really seen in those sleeping fewer than five hours a night, where many, here, are indeed chronically sleep deprived, but who comprise only a small minority of the population.  Of course, whether this inadequate sleep is a real cause, rather than just being a correlate with these disorders, with both having a more underlying and deeper common cause, is a matter for much debate.  Especially so, as in real terms, statistically significant findings, here, are often too small to be of real clinical significance or of practical relevance.  This issue, that both types of ‘significance’ are the same, is quite misleading, also to be found with several other aspects of sleep and, again, all too easily leading to other potentially worrying distortions of actual risks.

For example, weight gains attributed to sleep debt, even for five hour sleepers, typically average less than two kilograms a year, contrasting with those hundreds of hours of apparently annually accumulated ‘lost’ sleep.  Besides, few obese adults are such short sleepers, and neither by extending their sleep, even by using sleeping tablets, is any such weight gain likely to be prevented, particularly when compared with the far more rapid effectiveness of a better diet and more exercise.

Thus, insomnia by itself does not seem to be the actual cause of physical or mental ill-health or illnesses, although it can aggravate them, in being part of a vicious circle largely often comprising worry and a poorer quality of both waking and work life, often with one having too little real control of either, and in having too little ‘time-out for oneself’.

Jim Horne is Emeritus Professor of Psychophysiology at Loughborough University, UK and is a sleep neuroscientist who set up and ran the Loughborough Sleep Research Centre. He is also affiliated to the School of Psychology, at Leicester University’s College of Medicine, Biological Sciences and Psychology, UK, where he works on various cross-disciplinary neuroscience initiatives. 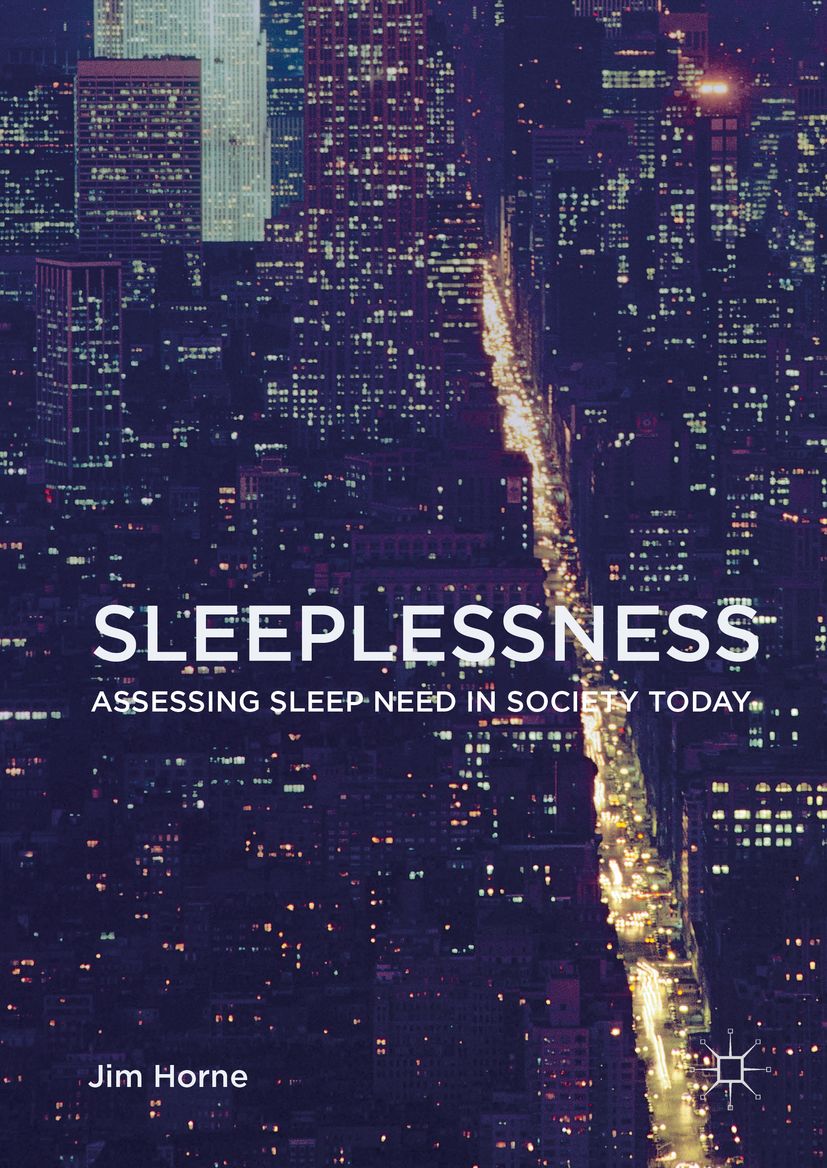