Monitory Democracy in Times of Multiple Crises: Strengthened or Enfeebled?

Gergana Dimova is Associate Lecturer in Global Politics at the University of Winchester, UK. She previously was a researcher at Harvard University, USA, and Cambridge University, UK. She is the author of Democracy Beyond Elections (2020).

When the impeachment inquiry of Donald Trump wrapped up in February, and the world was engulfed in the Covid-19 pandemic shortly thereafter, it seemed that the issue of government accountability has moved on. Whereas the impeachment inquiry revolved around the legal wrongdoing of the US president, the pandemic tested his crisis management skills. The published experts from the book The Room Where It Happened by John Bolton bring back the president’s character into focus with a jolt and a vengeance. Scandal fatigue may cause some to brush the new allegations aside, but they are worth analysing because they present the most factual (even if unproven) allegations made by the highest-ranking former presidential aide to date. Equally importantly, they raise anew the issue of executive accountability and how monitory democracy plays out when a media scandal explodes in the middle of a pandemic.

There are two opposing scenarios, with some possible cross-fertilisation between the two. In the first case, accountability presents itself as a zero sum game, in which pandemic-related concerns displace concerns arising from the allegations raised by the book. In the second case, the two types of allegations reinforce each other. Which scenario ultimately pans out hinges upon three clusters of issues: the nature of the allegations, the maker of the allegations, and the investigations of the allegations.

When there is more than one allegation, as in this case, the relationship between the allegations greatly impacts the accountability process. It is plausible that Bolton’s accusations that Trump does favours for dictators actually bolster Trump’s re-election chances because they take away from the allegations of racism or avoidable death toll, which could be perceived as more detrimental by some voters. In this classic case of blame deflection, the charges cancel each other out, or at least, the more weighty incompetence allegations supplant the seemingly inconsequential accusations of misconduct. Accountability becomes a zero sum game.

Equally likely is the opposite scenario, in which Bolton’s depiction of Trump as a self-serving opportunist actually crystallises and channels the grievances about unemployment and surging infection rates. This mismatching of the culprit and the wrongdoing may seem irrational but it is not impossible. Crises are blurry creatures. Even cross-country data about infection rates and death rates can be contested. As a result of the abstract nature of the pandemic, voters may find it hard to attribute responsibility for it directly to Trump. They may have thought that the advent of the virus is beyond the president’s control, and they may have found it hard to establish solid indicators for how he handled it. Bolton’s depiction of Trump’s ignorance and incompetence, albeit in the field of foreign policy, may invoke a natural culprit in the midst of a domestic crisis. In this case, the accusations would stack up rather than negate each other.

The identity of the accuser can often serve as a strong predictor of the accountability process (Dimova 2019). Bolton as an accuser presents an unprecedented case because it seems that both sides of the political spectrum dislike him, for opposing reasons. The Democrats appreciate the accusations as they seem to support their impeachment charges, but they question his patriotism for not partaking in the impeachment inquiry. Some Republicans, by contrast, may support his political views but are rattled by his accusations. There is no equivalence between the attitude to the charges and the attitude to the maker of these charges. This dissonance breeds further uncertainty into the accountability narrative.

Finally, the handling of the bombshell allegations naturally depends on the available mechanisms for investigation. The doctrine of monitory democracy teaches as that these go far beyond elections, or even impeachment. In a monitory democracy, non-electoral accountability forums, such as the courts, protests, NGOs, media forums, parliamentary questioning and parliamentary committees, abound (Keane 2009). How this panoply of accountability forums will affect American democracy is debateable. Some view it as a curse. Their rationale is that these multiple mechanisms engage in a race to the bottom as each forum will seek to prove that it can uncover and sanction more wrongdoing than the other (Schillemans & Bovens 2011). A Multiple Accountabilities Disorder (MAD) ensues (Koppell 2005). MAD may not materialise in full force in the US because the Senate, the Supreme Court, and the Justice Department are unlikely to take part in this ‘competition’.

Alternatively, the possibility to seek accountability through multiple channels could be a blessing for monitory democracy rather than a curse. The multitude of ways to seek accountability ensures that if one institution fails to deliver accountability, another will take over. In this sense, the monitory mechanisms build a safety net of accountability. An example of such safety net of accountability would be a scenario where the president’s acquittal in the Senate is complemented by alternative monitory forums, both formal and informal, which ‘catch’ the issue dropped by the Senate. These forums need not compete with each other. In fact, it is even possible to envision a cross-fertilisation of the forums of grievance, where Black Lives Matter protests, forums for airing economic dissatisfaction and mechanisms for expressing moral outrage with the president’s conduct converge or swap. From this point of view, multiple accountabilities are mutually harmonizing and monitory democracy is strengthened rather than enfeebled. 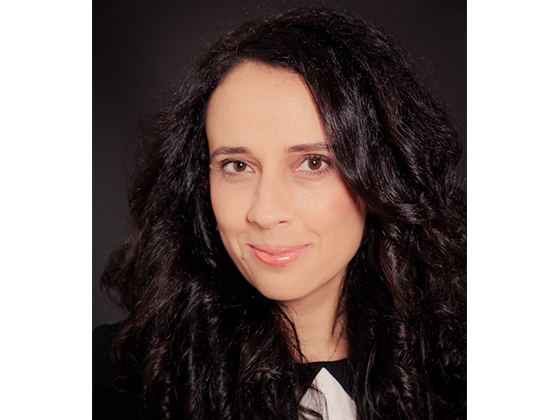