Michael A. Genovese is President of the Global Policy Institute at Loyola Marymount University, USA. He is also the editor (along with Todd L. Belt) of Palgrave’s The Evolving American Presidency book series, which welcomes diverse book proposals in the area of Presidency Studies.

Interested in learning more about The Evolving American Presidency book series? Read a chapter from our recent publication Presidential Leadership and the Trump Presidency for free until 14th August 2020: “The Five Rules of Trump” by Robert J. Spitzer.

As a presidency scholar, people often ask me: Who is going to win the 2020 presidential race? Actually, it is not a bad question, as political scientists have been working for decades to develop an accurate model for predicting the outcomes of elections, presidential and otherwise. And we have made a great deal of progress. Each Fall of a presidential election year, a number of our colleagues test out their theories by predicting, with great specificity, who wins and why.

Some scholars focus on the state of the economy, others on the perception of the state of the economy. Still others focus on the public’s answer to questions such as “Are you happy with the direction in which the country is headed?” Some look at the popularity or job approval of the incumbent president or their party. And the list goes on and on. One wag has devised a foolproof method – or so he claims - for predicting the outcome of presidential elections, one that has accurately predicted the outcome of every presidential election from 1932 to 2016: which automobile bumper-sticker has sold the most in the Washington D.C. metropolitan area. By this measure (and it is still a bit early to say anything definitively) as of June of 2020, Joe Biden is the clear winner. The bumper-sticker “Run Joe Run” is by far the biggest selling sticker of them all. The odd thing however, is that many of these bumper-stickers are being bought by Republicans, who are putting them on the front of their cars.

Allow me to add another category that is likely to be of importance in understanding the 2020 race: Gap Theory. By studying voting gaps of various groups in American society, we can get a glimpse of the direction on the race, and can predict the outcome. Gap Theory does not answer all our questions, but it does give us a tool for explaining and understanding who wins and why.

In many ways the United States is becoming less united and more divided. Identity politics has self-defined many potential voters less as Democrats and Republicans, and more as members of subgroups, where tribal loyalties are strong, and group loyalty supersedes loyalty to party or country. Much has been written about White Status Anxiety that allows white males especially to develop feelings of resentment and fear, seeing their traditionally privileged status threatened by the rise of women and minorities. Many others identify with Black Lives Matter, others with various subgroups based on race or ethnicity, religion or region. Urban versus rural is a voting gap that serves as a good example where people living in urban environments are much more likely to vote Democratic than those living in rural areas.

For 2020, measuring these gaps in voting can illuminate who is winning and why. For example, the Money Gap. Generally, the candidate who spends the most money wins. This did not happen in 2016 where Hillary Clinton outspend her rival Donald Trump, but that seems more the exception than the rule. In 2020, Donald Trump has a huge lead in fundraising, and this could give the President a significant advantage over Joe Biden. Likewise, the Enthusiasm Gap may be significant. As pop singer Meghan Trainor reminds us, its “All about that base”, and President Trump is presumed to have a lead in this category as his base is and has been wildly enthusiastic in support of the President. But this gap may close a bit as anti-Trump voters are highly motivated to vote against Trump. This may actually be the key to understanding who wins in 2020 as it appears that the upcoming election will be a turnout election.

The Democrats have long benefitted from a Gender Gap, and 2020 should see an even more significant advantage for Biden. A composite of polls suggest that the Gender Gap in the upcoming election may be around 25%, roughly double what one might normally expect is a presidential election. The Urban-Rural, Religious, Partisan, and Marriage Gaps are likely to be similar to past patterns, but the Age Gap might give Joe Biden a huge boost in 2020. That is because the Youth Vote might turn out in unusually high numbers, thereby hurting the President, and the Senior Vote seems to be going through a reversal, where in the past, Republican candidates could count on getting a majority of voters 60-years-old, and older, but recent polls show senior voters to be in the Biden camp. Such a shift could spell doom for the Trump campaign.

The Race Gap has, for the past several decades favored the Democrats and the same should apply in 2020. The key question is how motivated these voters will be and how the Biden campaign can recreate the old Obama Coalition.

As of June 2020, things do not look especially hopeful for President Trump, but he has been underestimated before and emerged victorious against the odds. A lot (both good and bad) can happen in the next several months. A rise in Covid-19 cases, an international incident, a verbal flub, a damaging revelation, could all change the arithmetic of the 2020 race. But right now, Joe Biden, 77, looks to be the favorite. 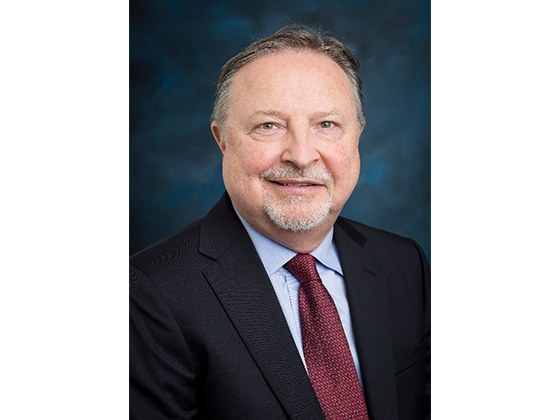