Why 2020 is a big year at the Supreme Court: Abortion, identity, religion, Trump, and facts themselves

Morgan Marietta is an Associate Professor of Political Science at the University of Massachusetts Lowell, USA. He is the editor of Palgrave’s SCOTUS Decisions book series, offering an annual book that provides a short and readable explanation and contextualization of the landmark cases of the US Supreme Court’s most recent term.

Interested in learning more about SCOTUS Decisions? Read a chapter from SCOTUS 2019 for free until 14th August 2020: “Department of Commerce v. New York on the Census Citizenship Question” by Brett Curry.

Most years there is an important ruling or two at the Supreme Court. This year we have one landmark case after another, all leading up to the 2020 presidential election that will determine the future of the deeply divided Court. If constitutional politics are a matter for ordinary citizens to debate, as I believe they are, then this is the time.

In some ways this year at the Court has been about Donald Trump: his election, his investigation, his powers, and his policies. In other ways 2020 has been about Chief Justice John Roberts, who has disputed Trump publicly and also rebuked the Democratic Majority Leader of the Senate. Behind the scenes Roberts has quietly made the Court’s work conform to his preferences, allying with both the conservative and liberal blocs on different rulings.

One of the major cases this year is about the future of the Electoral College. This much-maligned feature of presidential elections came to the Court because of the emergence in 2016 of ‘faithless electors’ in a bid to deny Donald Trump the presidency (known as the Hamilton Electors movement). In the view of some of the Founders, especially Alexander Hamilton, members of the Electoral College can be independent decision-makers who override the popular will of their state. The Court has decided that Hamilton was not entirely right: if states want to bind their electors, then the outcome on Election Day in November cannot be overturned on Electoral College day in December. This decision is a win for our constitutional system of state-by-state elections because it sets back the movement to shift to a national popular vote.

The other institution that tried to remove Donald Trump from the presidency was the House of Representatives, which issued several subpoenas for Trump’s tax records. Those subpoenas were ignored by the administration. The Court was forced to decide the extent of congressional subpoena power, as well as the power of local district attorneys to bring criminal investigations of a sitting President. The Court denied Congress the power to subpoena the executive branch without stronger justifications, but upheld (in principle) the ability of local authorities to subpoena the President’s records for criminal investigations. However, those proceedings will likely not be resolved until after the fall election, a win for the President in politics if not law.

The President’s powers over the federal bureaucracy were also on the table. When reformers (led by Senator Elizabeth Warren) set up the Consumer Finance Protection Bureau to shield ordinary citizens from powerful banks, they made the head of the CFPB unremovable by the President. But this runs directly into the argument that the Constitution gives each branch of the federal government control over its own sphere, including an executive branch agency set up by the President’s critics. The Court ruled in favor of presidential power over the federal bureaucracy, making the head of the CFPB (and potentially other agencies) removable at the discretion of the President.

The ruling on DACA may be the biggest of Trump’s policies that the Court reviewed—and rejected. While the ruling maintaining the current program protecting childhood arrivals from deportation has dramatic implications for its recipients, the broader meaning of the ruling is being overlooked. Both sides agreed that the administration had the power to repeal the program if they had done it right; the only question was whether the administration had told the truth.

Accusations of lying in politics are nothing new, but the argument that the Supreme Court should judge the veracity of public officials and throw out their actions if they lie is very new indeed. In the Census case last year, Roberts called out the administration for not telling truth: he used the terms “pretext” and “contrived,” which is legalese for lying. This year the accusation is not falsehood per se, but not telling the whole truth. The administration failed to honestly consider the interests of the DACA recipients or to state the full reasons for its actions. The legal argument—and now Supreme Court doctrine—that failing to tell the truth or the whole truth is grounds for striking down government action has tremendous ramifications. Essentially the Court has announced that it is the new arbiter of reality and truth telling in our polarized politics of dueling fact perceptions.

The Court not only ruled on who gets to say what is a lie, but on who gets to say what is a fact. When Kansas and a few other states removed a large chunk of the insanity defense from its criminal law—on the grounds that many insanity defenses were bs—was that a violation of due process guaranteed by the US Constitution? The heart of the question is about facts: Can Kansas redefine the nature of insanity within its borders, or does it have to accept the facts shared by the rest of the nation? The Court ruled that when perceived facts are disputed and uncertain, states can decide for themselves. In upholding the federalism of facts in Kahler v. Kansas, and by acting as the arbiter of truth in the DACA case, the Court has entered into the murky politics of truth.

Related to DACA is an important case about the rights of non-citizens hurt by US officials. In a 5-4 decision in Hernandez v. Mesa, the Court ruled that a Mexican national killed by a US Border Patrol agent on Mexican soil does not have a legal recourse for the violation of his rights. Whether officials like Border Patrol agents (or police) have immunity against lawsuits, and whether victims of violence can sue for restitution, will no doubt be an important political issue in the coming years.

In one of the most divisive controversies this year, the Court struck down the recent Louisiana abortion regulations. Are these rules a legitimate medical regulation or a clear block to a protected right? Four Justices said it was the first; four said it was the second. Chief Justice Roberts said that if this were a new controversy, he would agree with the conservatives that the Louisiana law does not violate the Constitution, but because the Court ruled otherwise four years ago (before Justice Kennedy was replaced by Justice Kavanaugh), he will uphold the precedent and strike down the regulation.

In a year with a prominent abortion case we also have a set of religious liberty cases. Whether state governments can exclude religious institutions from state-funded programs has been examined many times by the Court over the years. Similar controversies this year address whether anti-discrimination laws and employment regulations apply to religious organizations and schools (what is known as the ministerial exception) and whether the Obamacare mandate requiring employers to pay for contraception applies to religious organizations such as the Little Sisters of the Poor. Recently the Court has been leaning toward the protection of religious liberty and continued to uphold those claims in this trifecta of rulings that weigh the Free Exercise Clause of the First Amendment over the Establishment Clause.

Perhaps the most widely anticipated ruling this year was on LGBT rights. The words “because of sex” in the Civil Rights Act of 1964 famously applied to women who were fired, not hired, or held back from promotion because they were women, but what about gay or transgender employees? In a 6-3 decision written by conservative Justice Neil Gorsuch and joined by John Roberts, the Court ruled that the existing language from 1964 also protects LGBT employees, a landmark in the history of gay rights.

If all that were not enough, the Court also decided a major case on Native rights, upholding claims to reservation territories under treaties from the 1800s. Justice Gorsuch—the only Westerner on the Court—joined with the four liberals to protect Native rights in a ruling that will have large ramifications for territorial claims throughout the United States.

I have never seen so much decided by so busy a Court. RBG is 87 but I am the one who feels tired. And the election is still coming in the fall.

Who came out ahead this year?

1) John Roberts. The Chief Justice dominated the decision-making of the Court, writing four of the major decisions himself, as well as the controlling opinion in the abortion case (siding with the conservatives on principle but the liberals on law). He remains an unpredictable enigma, unafraid to join with the liberal Justices. It is clearly the Roberts Court.

2) Liberals won far more cases than one might expect from a 5-4 conservative Court, with help from Roberts on abortion regulation and DACA, as well as from Neil Gorsuch on LGBT rights and Native rights. Conservatives prevailed on religious rights, non-citizen rights, presidential power over executive agencies, and congressional subpoenas.

3) Trump saw mixed results on immigration and presidential power, but on the issue most important to him personally the Court blocked the congressional subpoenas for his tax records and delayed the subpoenas from local prosecutors until after the fall election. 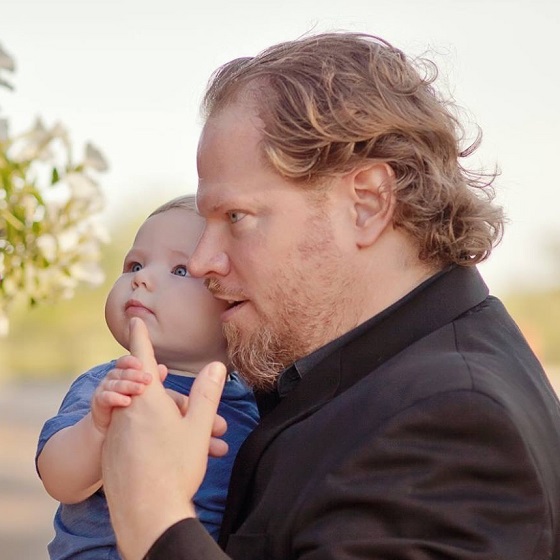