The Unforced Errors of Norm and Rule Violations: The Trump Administration’s Domestic Policy

Todd L. Belt is Professor and Director of the Political Management Master’s Program at the Graduate School of Political Management, George Washington University, USA. He is also the editor (along with Michael A. Genovese) of Palgrave’s The Evolving American Presidency book series, which welcomes diverse book proposals in the area of Presidency Studies.

Interested in learning more about The Evolving American Presidency book series? Read a chapter from our recent publication The Trump Presidency: From Campaign Trail to World Stage for free until 9th October 2020: "Outsider Presidents: Comparing Trump and Eisenhower" by Mark Shanahan.

In our work, Michael Genovese, William Lammers and I have argued that a president’s domestic policy success hinges upon the amount of skill he or she applies to four areas of executive branch activity: public leadership, administrative strategies, advisory process and decision making, and congressional leadership. The Trump Administration’s legacy in terms of domestic policy achievements to date has been hampered by its inability to follow common norms and rules of behavior. This has negatively impacted the exercise of its power in the first two of these four dimensions: public leadership and administrative strategies. To a degree not seen in its predecessors, the Trump Administration has been uniquely brazen at flouting norms and rules of executive branch conduct, racking up an impressive record of violations in the first year alone. The pattern starts at the top. For supporters of the president’s agenda, this is a source of constant frustration. For those opposed, the administration’s missteps have been its saving grace.

Certainly, when it comes to his relationship with the public, President Trump enjoys being seen as someone who doesn’t play by the normal rules of politics. His use of Twitter to communicate directly with voters while campaigning and with the public and other politicians while governing is unprecedented. But what is even more important is not how he chooses to speak, but exactly what he has said. During his time on the campaign trail, Trump engaged in rhetoric eschewed by other politicians. This set him apart from other candidates and drew disproportionate amount of free media coverage. Many voters liked what they heard from him. For instance, in a poll during the 2016 primaries, the number one reason respondents gave for supporting him was “he says things others are afraid to say.” Without experience in government and having followed this brash approach all the way to the White House, it makes sense that Trump would continue it once in office.

In terms of administrative strategy, Trump’s flouting of rules and procedures in order to move quickly on policy (often through the use of Twitter) led to the undoing of policies. These include creating a falsified rationale for adding a citizenship question to the US Census which ended up getting the question blocked by the courts. Trump also impulsively tweeted out a ban on transgendered military service, which undermined protocol in relations between the president and the military, attempting to implement a policy at odds with the position of the Pentagon’s top brass (the ruling has been allowed to stand by the appeals court, but a recent Supreme Court ruling may cause it to be invalidated).

Recently, before the Supreme Court, the administration used a legal argument about one part of DACA (Deferred Action for Childhood Arrivals) to attempt to invalidate the entire program, leading the court to strike down the administration’s attempt at a complete rollback.  Earlier in the unfolding of the DACA trail through the judiciary, a judge used Trump’s own tweets against him to uphold the program. Even Attorney General Bill Barr complained that the Trump’s tweets were making it difficult to implement the president’s agenda. Trump’s deleting of his tweets has even caused concern for the implementation of the Presidential Records Act. And not without impacting the president’s ability to concentrate on his agenda, Trump’s refusal to place his assets in a blind trust invited lawsuits against him for violations of the emoluments clause, causing further distraction for the president.

Trump’s tendency to shoot himself in his own foot was not limited to domestic policy. The president undermined the legal rationale for his Travel (originally “Muslim”) Ban by tweeting. Ultimately, this did not cost him a ruling at the Supreme Court, but it did drag the process out by several years and caused significant alteration and scaling-back of the policy.

Taken together, the pattern that differentiates the Trump administration from its predecessors is clear: The rules and norm violations stem from the impulsiveness with which the president approaches his job. Donald Trump’s impetuousness has been his domestic policy legacy’s undoing.

For those of us who teach, Donald Trump is like the student who forces you to re-write the rules of classroom conduct to prohibit actions you never thought you’d need to. Will Congress need to step in to reign in this impulsive, norm and rule violating behavior? Or will subsequent presidents learn from the [lack of] results they produced and eschew the strategy for a return to normalcy? These are key questions to understanding the future of the evolving American presidency. 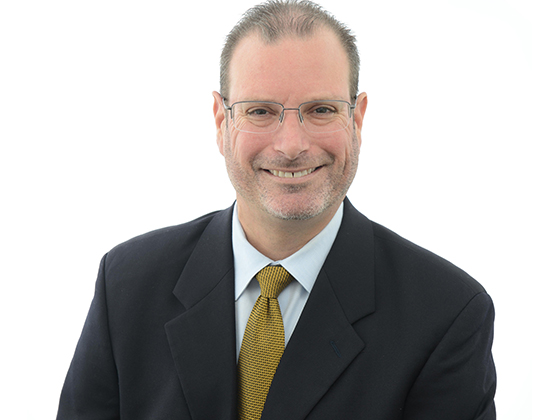