Females’ Education in Afghanistan: Why we Need to Act

Discourse around Afghanistan and its recent history is often dominated by Al Qaeda, the Taliban, and the oppression of women and others minority communities. A few weeks ago, the Taliban banned girls in secondary school and above from going to school. Such an announcement was a shock to the world because of the Taliban’s previous assurance that they will not do that. Yet, do the international community need to worry and is there anything they can do about it?

After the collapse of the Soviet regime in Afghanistan, and the failure of the Islamic Republic of Afghanistan to restore order, in 1994, Mullah Omar with a group of former fighters conquered large parts of southern Afghanistan.  When the Taliban seized the capital city of Kabul, controlled around 75 percent of the country, and renamed the country the Islamic Emirate of Afghanistan, they promised peace and to uphold traditional Islamic values. An important part of the Islamic values that they wanted to apply was the implementation of a strict version of the Sharia law on women.

Sharia is inspired by the Quranic verses, Hadith (quotations from the Prophet Muhammad and other early Muslims), and Sunna (Prophet’s rule). Extremist religious scholars such as the Taliban have banned women’s education because of some extremist interpretations of the Quran and Hadith. The Taliban is not the only government that tried to implement a strict interpretation of Islam, many Muslim countries at one point in their history used to enforce a strict interpretation of Islam; the most recent example is the Kingdom of Saudi Arabia, and to a certain extent the Islamic Republic of Iran and Yemen.

Extremist religious scholars argue that a woman’s voice and body are awrah (concealable part of the body) and fitna (temptation), therefore, women must not leave the house without Mahram (a male relative with whom marriage would be prohibited by the Islamic law) accompany her,1 and women should not interact with men. The only men women are allowed to interact with are their Mahram (father, busband, brothers, sons, and uncles).2

These two conditions are difficult to meet because education requires girls to go to school every day and to remain there for several hours, so it would be impossible to secure a male relative to accompany his female relative every day. In addition, since the Taliban consider women awrah and fitna, men are not supposed to see women or interact with them, which means that if girls are going to receive any education there should be no men around them.3 However, Afghanistan is a poor country, so providing a sex segregated education, such as the case in the Kingdom of Saudi Arabia, is expensive. A report that was published in 2018 by UNICEF indicated that only 16 percent of schools in Afghanistan are only for girls and that there is a severe shortage of female teachers, which means that the majority of the existent schools are not suitable from the perspective of the Taliban.4  Furthermore, females' education is not necessary from the perspective of the Taliban because Muslim women are supposed to be raised to be wives and mothers, and their male siblings to be the breadwinners.

Despite the changes that have occurred in 2001, when the Taliban’s government was overthrown by the Northern Alliance and major support from the international community, women's previous status under the monarchy and the communist systems has never been restored.  The UNICEF (2018) indicated that 60 percent of children who are out of school are girls and most of those girls are in the southern provinces, areas dominated by Pashtun and Taliban. The report stated that the major hindrance to females’ education is the traditions and sociocultural factors such as early marriage and undermining females’ education.5 One can imagine that if this is the situation under a government that pledged to improve females’ status, conditions under the Taliban would be far worse. Banning female education will definitely lead to major negative social, moral, and economic consequences on society.

The Taliban approach to religion by setting rules that regulate the life of both genders will contribute to deepening the root of the patriarchal culture and social injustice in Afghanistan. The denial of females’ right to education has an impact on the increase of early marriage and domestic violence. Patriarchal societies are more likely than other societies to have autocratic regimes and weak and unstable economies. A country with such characteristics is not just dangerous for the welfare of its citizens, it is a threat to world as well.

The time to engage is now

In general, women’s rights improve in three cases. First, when the government has the will to grant women their rights. In this case, the government is very likely to be either religiously moderate or secular.  The second is when the society is modernized and people have a space of expressing their demands and ask for their rights.6 The last one is when there is international pressure that forces the government to respect human rights. Religious rich conservative countries afford to establish a sex-segregated educational system and provide transportation. However, a country such as Afghanistan with a conservative authority and society as well as a collapsed economy, can’t afford such a solution. So the international community must act fast and open the door for a collaboration with the Taliban. Isolating the Taliban effectively stops any future prosperity for Afghanistan since isolation damages the economy even more and allows the Taliban to impose their rules with no concern about the international reaction. The international community needs to embrace the moderate wing of the Taliban and work with them to reduce the effect of the conservative faction by improving the status of women and the country's economy.

Dr. Sumaia A. Al-Kohlani is an assistant professor at the United Arab Emirates University in the Department of Government and Society. She is the author of a book titled Improving Educational Gender Equality in Religious Societies: Human Rights and Modernization Pre-Arab Spring. She has published several academic articles and book chapters related to gender inequality, international comparative education, comparative religion, international security, philanthropy, and environmental justice. 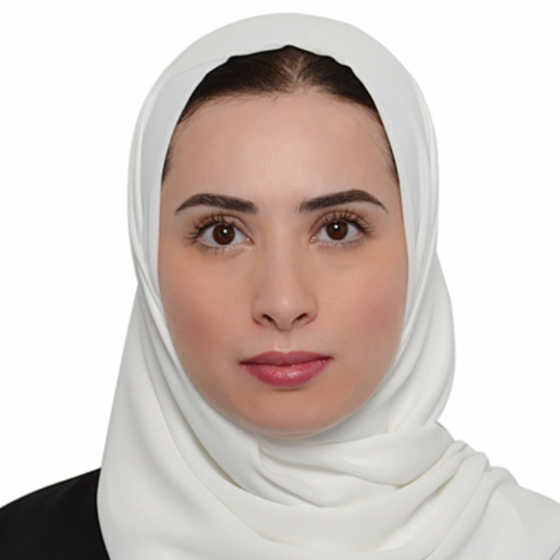