In this Q&A Amy Chandler, winner of the British Sociological Association’s Philip Abrams Memorial Prize and author of Self-injury, Medicine & Society, discusses her research, what winning the prize means to her, and how she hopes her research on self-injury has a real-world impact.

1. Can you give us an overview of your research in Self-Injury, Medicine and Society? What were your findings?

Self-injury, Medicine & Society draws on 10 years of qualitative, sociological research with people who have self-injured. The core data comes from an in-depth study with 12 adults, which centred around life-story interviews, and a later, mostly online project with a much bigger group of younger people (108, aged 13-26). The analysis I develop in the book addresses narratives of self-injury – how people who self-injure account for their practice, and how this relates to wider cultural scripts about bodies, emotions and medicine. I argue that how self-injury is talked about (and, perhaps, experienced) relies heavily on medical interpretations of bodies and emotions; particularly the seemingly intractable notion of a separation between mind and body (mind-body dualism).

2. How do you hope your research will have a real-world impact?

Self-injury (or self-harm as it is often referred to) is encountered commonly by medical professionals, but also by teachers, social workers. Anyone who comes into contact with other people probably knows someone who has self-injured at some point in their lives. Self-injury is increasingly recognised, recorded and discussed; however responses to the practice of self-injury, and to people who self-injure are often negative: shock, horror, fear, worry and disgust are typical. Such responses can get in the way of more considered, sympathetic interpretations of self-injury.

I hope that my work helps people to think more carefully – and critically – about self-injury. It is essential that the perspectives of those who have self-injured are incorporated into attempts to understand the practice. At the same time, in the book I argue that we need to treat accounts of self-injury critically – to question them, to examine the contexts in which they arise, to consider what it is possible and not possible for people to say about self-injury.

3. What do you think your recognition by the BSA Philip Abrams Memorial prize represents for the subject?

It was a great honour to be (jointly) awarded the Philip Abrams Memorial prize. Firstly, I think this reflects the importance of the topic of self-injury – a phenomenon that is common, and also commonly talked about – but which has received limited sociological attention to date. Secondly, the award highlights the importance of sociological perspectives on self-injury specifically, and health and illness more broadly.

4. In your view, why does research in this area matter?

Sociological research that addresses topics like self-injury – or mental health more generally – is essential. All too often mental health is framed as an individual, interior pathology, with psychological and psychiatric interpretations dominating policy and public discussions. Sociological research and theory shows how ‘personal troubles’ are also public issues (to paraphrase C. Wright Mills). Such an understanding can open up alternative ways of responding to ‘distress’ in ourselves and others. Sociology has a huge amount to offer in terms of unsettling existing understandings of mental health, and providing different – more subversive, more challenging, and more positive – ways of responding.

5. What do you think the future holds for those working in your area of research?

I am not very comfortable with making predictions about the future; however I hope that sociological research on mental health will develop a louder and stronger voice in public discussions of mental health. Sociologists, both alone and in collaboration with those working in other disciplines, have much more to offer in shaping and improving understandings and responses to mental ill health and distress.

Amy Chandler is Chancellor's Fellow in Health, through Arts, Design and Humanities in the School of Health in Social Science at University of Edinburgh. Her research interests includes suicide, self-harm, drug and alcohol use. 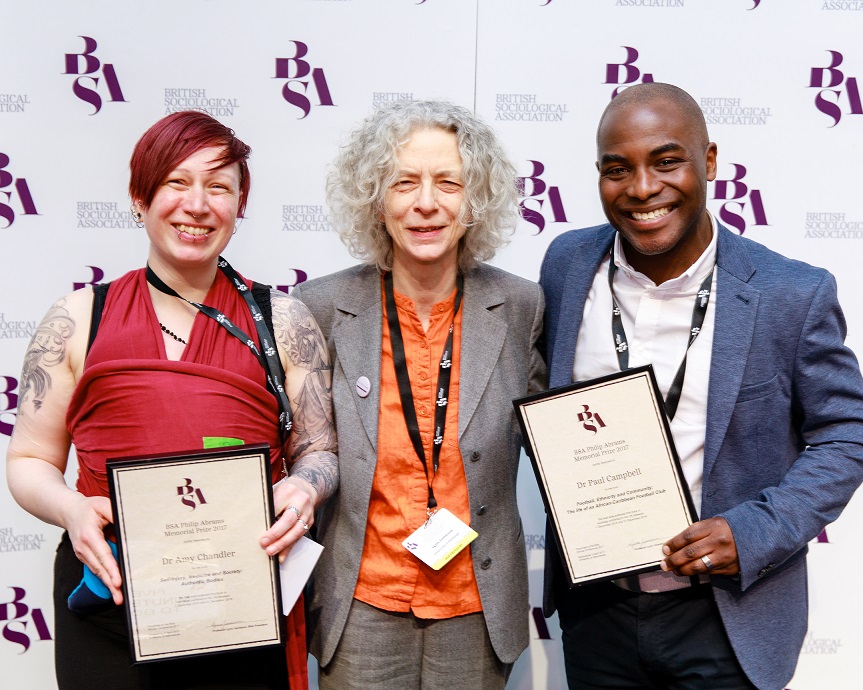