Anthropology Matters: On the Unbiased Study of Inequality

Today, equality — of opportunity, of access, of the right to compete for whatever goal one chooses to pursue — seems as utopian as ever. As socio-economic and political inequalities grow increasingly strong, complex and ramified, and in many cases implicit or disguised, it is topical to understand empirically both the impact of this essential distortion of associated life and the varied and complex ways in which individuals deal with it.

The significance of ethnographic knowledge to the development of new theoretical approaches is of course a well-established concept in anthropology. Wary of both narrow empiricism and unjustified abstraction, we suggest that this discipline, is exceptionally well-equipped to chart the distribution of power throughout the social and political system, and to recognize how formal rules often operate to the advantage of some groups and to the disadvantage of others.

Anthropologists classically investigate the causes of inequality and injustice contextually up, down and sideways, keeping a sharp eye for the significant processes of access, inclusion and exclusion that determine factual membership of society. They do so authoritatively, on the strength of in-depth empirical knowledge on the ramifications of inequality and of the changes in its dynamics. As argued in the recently published Urban Inequalities: Ethnographically Informed Reflections (Pardo and Prato eds 2021), anthropological research unequivocally free from personal opinion and political bias demonstrates the importance of understanding these processes eschewing conceptual confusion between equality and levelling. It recognizes the empirical difference between the ideal distribution of rights and their actual distribution — a difference experienced by all, in different ways and degrees; a difference graphically underscored (Prato 2020), for example, by the evidently shallow rhetoric that, rampant for a while in public discourse, conveniently claims that Covid-19 hits humankind ‘indiscriminately’. It exposes the self-contradictory character of levelling (Weber 1978: 983-6; Ingram 1987), as a perverse feature of democratic power (Tocqueville 2000 [1945], Stankiewicz 1980), whereby the utopian erasure of difference is peddled to citizenship in the guise of some egalitarian promise. It brings to light the inner workings of the machinery that, as masterfully elucidated by Hannah Arendt (1951), operates behind oppression to sustain arbitrary legislation and selective rule — ultimately, to sustain power and social and economic inequality.

This perversion deeply corrupts life in Western and non-Western settings, as inequality vastly benefits from the expanding gap between a privileged few and ‘the rest’, generally corresponding to that between citizenship and governance (Pardo and Prato 2010). The powers-that-be, and their cohorts in key domains of power (politics, finance, the professions, the media), may be well-versed in talking democracy while riding roughshod over ordinary people’s instances, but today this gap is no longer easily concealed by their paying lip service to ‘inclusive’ citizenship, ‘transparent’ administration and ‘smart’ solutions to sustainable urban futures. Ordinary citizens increasingly realize that such claims sugar-coat a very bitter pill, as they de facto generate new forms of inequality. As we have noted elsewhere (Pardo and Prato 2019: 2), this raises an incredibly problematic question:

‘As today the “fundamental accord” between the ruling élite and the rest of society so accurately theorized by Gaetano Filangieri (1783-1788) appears to be both more needed and more chimerical than ever, the question arises: how much more governance failure before legitimacy is withdrawn and, consequently, democracy is jeopardised?’.

And yet, as ordinary people’s resource options improve, their dependence on the ruthless speculation of the ‘socially superior’ decreases, and so does the scope of inequality. This cross-cultural finding evidences degrees of instability in the balance of inequality in power relations, suggesting that, ‘as inequality is redefined in significant areas of exchange and action, […] the associated power relations (and their internal imbalance) also become open to redefinition’ (Pardo 1996: 168).

In short, long-term ethnographic research as a source of well-informed, and actionable, ideas about human beings in society is of urgent importance. Equally important is the imperative to avoid abstract generalities, eschew personal opinion and communicate the findings beyond academia, in the broader society.

Italo Pardo is Professor of Social Anthropology at the University of Kent. He co-founded and presides the International Urban Symposium-IUS.

Giuliana B. Prato is Honorary Senior Research Fellow in Social Anthropology at the University of Kent. She chairs the CUA. Dr Prato co-founded the IUS and serves as its Secretary-Treasurer.

Pardo, I. and Prato, G. B. 2010. Introduction: Disconnected Governance and the Crisis of Legitimacy. In I. Pardo and G. B. Prato (eds), Citizenship and the Legitimacy of Governance. Routledge.

Prato, G. B. 2020. Introduction: Pandemic Emergency, Solidarity and Brutus Tactics. In G. B. Prato (ed.), City Life and Beyond in Times of Pandemic. Special Issue of Urbanities-Journal of Urban Ethnography, Vol 10 (Suppl. 4): 3-13; https://www.anthrojournal-urbanities.com/wp-content/uploads/2020/10/4-Introduction.pdf

Stankiewicz, W. J. 1980. Approaches to Democracy: Philosophy of Government at the Close of the Twentieth Century. W. Strahan and T. Cadell.
Tocqueville, A. de. 2000 [1945]. Democracy in America. The University of Chicago Press. 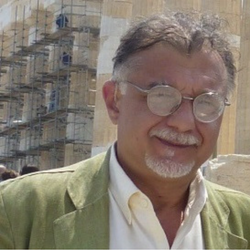 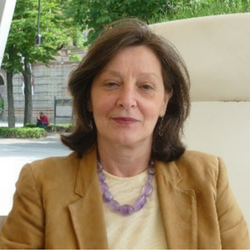