Canale on Rethinking Education Policy in the 21st Century: The Unpredictable Trajectories of Social Meanings

By the author of Technology, Multimodality and Learning

Policies are usually defined as a top-down set of orchestrated actions designed and implemented by institutions, agencies, governments or even individuals. Their main aim is to cause some sort of (positive) effect on the social world around us. A lot of research has focused on the structural nature of policy. There is less research on the effect individuals might have in interpreting, accepting, resisting or even changing policies. While the former view of policy (that of top-down actions) foregrounds structural power and the latter foregrounds individual agency, both usually (albeit not always) assume policies unfold unidirectionally in time and space. However, in current times of highly dense mobility and dynamic reshaping of identities, contexts and meanings, it is relevant to ask ourselves what might be the theoretical and practical limitations of such monocausal and unidirectional views of policy. It is true that policy designers attempt to predict potential paths and trajectories for policies, but in reality how humans and the environment will interact with a policy cannot be fully predicted. In the book “Technology, Multimodality and Learning: Analyzing meaning across scales” I explored some of these issues to better understand the situated and complex nature of education policy, taking current Uruguayan education as an example.

By the early 90s, the political and educational scenario of many Latin American countries was heavily influenced by neoliberal discourses and ideologies. These discourses talked about the “need for Latin American countries to become globalized”. In turn, this translated into a set of orchestrated actions to aggressively promote two elements considered “key” to globalization: English as a Foreign Language (backgrounding other foreign languages such as French, Italian, German, among others) and the teaching of Information and Technology skills. Since then, “technology” and “English as a foreign language” became keywords in educational planning and policies in Latin American countries, as well as in many other countries around the world. This means that in the most diverse regions of the world, governments, agencies and other institutions –locally and globally- have engaged in the promotion of either or both as a means to improve formal education or to meet the demands of the so-called globalizing world.  This is true for countries with a long-standing neoliberal tradition as well as other countries, like Uruguay, who turned to left-wing governments.

Top-down policy discourse usually foregrounds the advantages of incorporating both technology and English in the curriculum by deploying a plethora of metaphors that draw on images of the global village, such as “a window to the world”, “a key to global success”, among others. These images appeal to parents’ and educators’ positive affect and even to society at large, turning technology and English into highly valued educational commodities. However, when other spaces of policy implementation and enactment are considered (usually labeled as “meso” and “micro” levels), it becomes evident that keywords such as “technology” and “English as a foreign language” are heavily disputed and debated. The most diverse social actors struggle for their right to define what these keywords mean or, in other words, how they are ideologically charged. In the struggle for meaning, social actors draw on different resources such as their prior educational experiences, how they position themselves and how they are socially and economically positioned by others, as well as their own orientation to the policy as “policy actors” and “policy consumers”. The struggle is characterized by a continuum of arguments that range from highly utopian to highly dystopian views of the inclusion of technology and English in schools: from bridging socioeconomic gaps and empowering students to deskilling teachers, out-sourcing human capital, and reinforcing existing inequalities, among others.

I examined how situations, events and texts that seem to belong to very distant time-spaces coordinates (such as: a policy document, a TV advertisement promoting the policy, a classroom lesson or even students’ negotiation of the policy in focus group interactions) come together to bring cultural cohesion to the policy and to dynamically shape the identity of policy actors. In analyzing policy across scales that connect in unpredicted ways, it becomes evident that different social actors (government, policy makers, teachers, students, parents, society at large) explicitly and implicitly dispute what policy keywords such as “technology” and “English” actually mean to them. In doing this, they also reclaim their right to signify these terms politically and ideologically. This sheds light on the unpredictable trajectories of policy and official discourses, which cannot fully capture how keywords come to mean very different things depending on who is doing what and where.  In particular, I focus on how “learning English with technology” in this policy can mean very different things to students, teachers and other stakeholders depending on how they are ideologically positioned by others and by themselves across apparently disconnected policy events.

In the complex and fast-changing scenario of policy enactment, this has an impact on the role of policy in attempting to shape social attitudes and identities. It also affects what learning means and what role educational commodities like technology and English play in learning inside and outside schools.

Germán Canale is Associate Professor at the Institute of Linguistics (Faculty of Humanities and Education, Universidad de la República in Uruguay) 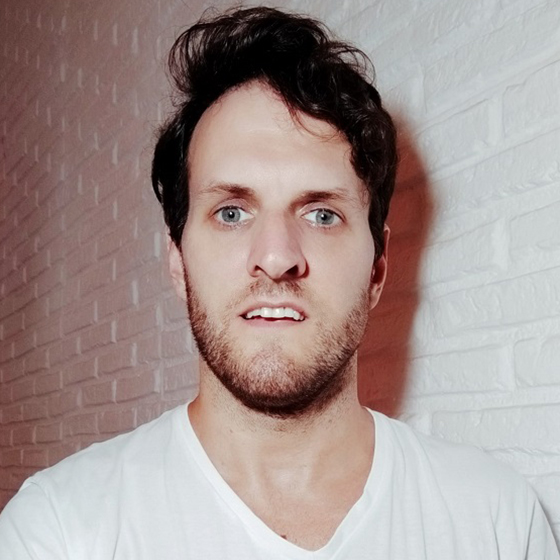