Dealing With the Past

By Stephen Frosh, author of Those Who Come After: Postmemory, Acknowledgement and Forgiveness and series editor for Studies in the Psychosocial

Recent years have seen a growing interest in the ‘transgenerational’ impact of personal and social trauma, not only in the most influential case of the Shoah (Holocaust) but also in other situations of social suffering in South Africa, Latin America, Cambodia, China and elsewhere. Thinking about transgenerational effects has also become increasingly important in considering the lasting legacy of colonialism and slavery, both in the UK and abroad (especially the USA). This work raises questions about the mechanisms and ethics of transmission of suffering across generations as well as about responsibility for acts carried out ‘in our name’ but not with our agreement or involvement. It has practical implications for how much acknowledgement should be required of people for things done by their ancestors and whether they should be making reparation to the descendants of those who suffered because of those deeds. Consideration of the responsibilities of ‘those who come after’ socially violent events is especially timely in the context of cultural and political movements demanding recognition of historical wrongs and their continuing effects into the present.

The feeling many people have is that we move forward in time burdened by what has happened in the past and that this is more concrete than any consideration we might have of future possibilities, hopes and fears. Perhaps we should say that the past enthralls and captivates us – with all the ambiguities of being enticed but also enslaved that these words contain. In this context, we are sometimes plagued by past memories that really belong to previous generations, a phenomenon now commonly called ‘postmemory’. What is being described by this is the repetitive and intrusive way in which some past experiences – even those that are not one’s own – can insert themselves into the ongoing life of those who have in some way witnessed them or been in contact with those who have (for instance parents who have suffered trauma), as against the capacity to take hold of these experiences and do something with them. This latter capacity is termed by some writers ‘postmemorial work’ and is seen as involving rethinking or ‘working through’ the past rather than being caught in its embrace. It is a way of processing the past that honours it and acknowledges its power, yet also – to use the vocabulary of haunting and ghosts – lays it, as far as possible, to rest. Yet this small caveat, ‘as far as possible,’ is an important one both as a question about what can be done to resolve the legacies of trauma and suffering, and what should be done. Maybe there is a limit to what is possible but also what is ethically and historically necessary; maybe it really is the case that there are past experiences that can never be resolved and always have to live on in order for their significance for contemporary social and personal formations to be recognised. The legacy of slavery could well be the prime example here, though not the only one – genocides and displacements, colonialism and its depredations continue to haunt, and perhaps they always will, whatever acknowledgments are made and compensations are paid.

If there are legitimate limits to what can and should be forgotten or forgiven, however, there is no legitimacy to the decision to avoid encountering the legacies of this ‘past’ suffering, especially when it stretches out into the present situation. Such a decision is really a refusal or denial, to give it the name with which it now reveals itself in the political sphere. Denial is a process of repudiation, sometimes unconsciously motivated because acknowledgement of what has happened or is happening is hard to bear (this is its psychoanalytic meaning) but often consciously motivated and then rationalised (‘it wasn’t so bad’; ‘there are others who have suffered as much’; ‘we were violated too’; ‘it was a long time ago’). Denial converts ‘known knowns’ into ‘unknown knowns’ – which is a psychoanalytic formulation referring to the things we really do know but hide from ourselves and from the world. The active nature of this process is very marked: denial is work, yet the opposite of ‘working through’, which is a way of becoming more aware and facing up to the truth of one’s experience. Denial, on the other hand, is a mode of resistance to knowledge and a refusal to recognise how much the ability of the mind to improve the world depends on its capacity for thought and reflection, and in particular for openness to pain and the consequences of suffering, including one’s implication in the suffering of others. This is what is being referred to through the language of acknowledgment and witnessing that is present in much of the current literature addressing the topic of social suffering; this too is what is being named when individuals and groups who have experienced significant harm demand recognition of what has been done to them. The capacity to open out to others’ experience is also part of a broader requirement for the setting of ghosts to rest: the demand for justice. Something lives on; this can be a consolation, as in our recollections of loved figures, but it can also be a demand and a statement about what it is to live an ethical life.

This introduces what is perhaps my book’s primary concern: what it means to be a witness to suffering and to the testimony of suffering. How can we sustain a witnessing stance that does justice to an experience of suffering? Much of the book is concerned with the question of what it means to be an ‘implicated witness’, understood as someone who is called upon to respond to a testimony because they are somehow connected to it. I try to explore how witnessing can be done without silencing a testifier, which means finding a way to respond without either turning away too fast, or colonising the experience by making it one’s own.

Stephen Frosh is Professor in the Department of Psychosocial Studies at Birkbeck, University of London, UK. He was previously a consultant clinical psychologist at the Tavistock Clinic, London, UK. He is a fellow of the Academy of Social Sciences, an academic associate of the British Psychoanalytical Society, a founding member of the Association of Psychosocial Studies, and an honorary member of the Institute of Group Analysis. He is the author of many books and papers on psychosocial studies and on psychoanalysis, including Hauntings and The Politics of Psychoanalysis. 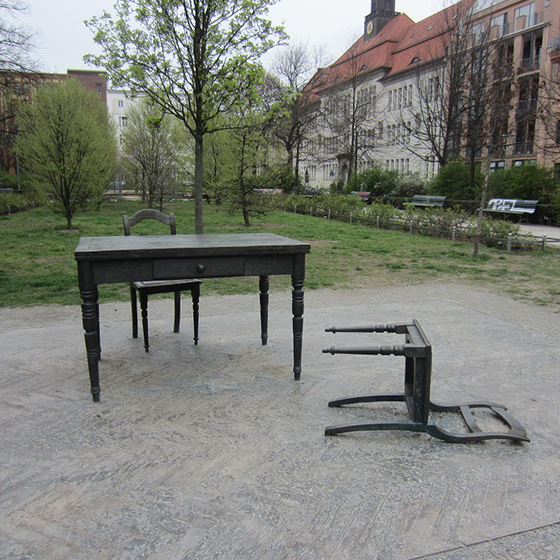