By Jackie Goode, editor of Clever Girls. Read the chapter Clever Girls in Conversation for free until 6 April 2020.

we the women/ whose praises go unsung/whose voices go unheard

Not only has class had something of a resurgence since Tony Blair claimed in 1999 that ‘We’re all middle class now”, but a whole raft of post-war societal shifts have problematised how social class is conceptualised, what it means and how it is experienced. Increasingly diverse intimate partnership and family arrangements; vastly changed labour-market conditions, industrial relations and patterns of workplace participation in the wake of de-industrialisation; enduring gender pay gaps; Celebrity Culture that appears to offer new routes from ‘rags’ to ‘riches’; the uncovering of widespread sexual abuse; the #MeToo movement; the breakdown of the post-war settlement; government policies and reality television programmes that portray certain groups in ways that contribute to their ongoing vilification; gender fluidity and debates about identification and recognition; challenges to white people to check our privilege; repercussions from our colonial past brought to prominence by, among other things, the fate of some members of the ‘Windrush generation’; a post-Brexit rise in hate speech/crime in the UK; an old-Etonian MP who responded to accusations of the use of racist and Islamophobic language by his friend and new Prime Minister, by suggesting that it is important for politicians to use the kind of language that ‘cuts through’ to the ‘ordinary’ voter and that people who object should stop being ‘snowflakes’(1); and an American President suggesting that young Congresswomen of colour who are making their voices heard should go back to the countries from whence they came(2), have impressed upon us anew the pressing need to recognise the ways in which various structures of inequality such as class, gender and ‘race’ intersect - as Kimberlé Crenshaw, law professor at Columbia and UCLA, who coined the term intersectionality, recently reminded us (https://time.com/5786710/kimberle-crenshaw-intersectionality/).

The powerful public narrative of ‘social mobility’ fails to take this into account, however. It sees education as a straightforward ‘positional good’ – something that offers a gateway for children to at least equal, and preferably higher, socio-economic status than their parents. And that’s certainly what it did for me. That’s good then, isn’t it? Except that this abiding narrative leaves unanswered a number of very important questions. At the social and political level, it begs the question of who doesn’t get access. At the cultural level, it tends to ignore what gets left behind. And at the individual, personal level, it doesn’t ask questions about what the costs as well as the gains might be of the transitions involved. It doesn’t accommodate experiences of ‘liminality’ – the term borrowed from anthropology to refer to the ambiguity and disorientation that occurs in the middle of a rite of passage that for some never quite feels completed, leaving one feeling perpetually ‘in between’ in one way or another.

It’s fortunate then that higher education – still, even now, I’d argue – offers ‘goods’ other than purely positional ones. At its best, it offers keys that unlock the puzzles we grapple with at the level of our everyday lived experience, giving us new critical perspectives that help us not only to make sense of who we are and of how the world works (including how the narrative of social mobility ‘works’), but inspiring us to try and make it a better place. And autoethnography, as a research method that draws out the links between personal experience and wider social, cultural, economic and political configurations; as a form of enquiry committed to a social justice agenda in which hitherto ‘missing voices’ take their place; and as a creative practice that seeks to communicate in powerful, imaginative and evocative ways, is a challenging and, at its best, rigorous approach to the exercise of the sociological imagination.

International Women’s Day provides a great opportunity to respond to the above extract fromthe Guyanese poet Grace Nichols’ poem I is a Long Memoried Woman (quoted in Bernardine Evaristo’s Booker Prize-winning Girl, Woman, Other), by praising the hitherto unsung achievements of ‘ordinary’ women from diverse backgrounds. Like the women whose voices can be heard and whose stories of various kinds of ‘migration’ are celebrated in a recent collection of autoethnographies (‘Clever Girls: Autoethnographies of Class, Gender and Ethnicity’) that I was privileged to edit.

The collection, which brings together three generations of women from academic and non-academic backgrounds, was a labour of love for me.

Voice, voices, accents, embodiment, ways of speaking out and of being silenced feature prominently in the stories it features. There are sorrows but also joys. Sorrows, as contributors reflect on the influences that shaped us; on the struggles involved in dealing with a range of tribulations from the discomforts and disorientation of being out of place or having the ‘wrong’ kind of accent or body to the pain of covert and overt racism; on whether and how we learnt to ‘pass’; and on what the costs are of making the various transitions we’ve made . And joys, in the form of figures one of the authors referred to as ‘guardian angels’ who appear as rescuers at moments of crisis; and in the sharing of our stories with each other, creating a space of ‘belonging’, between the covers of a book - a contribution to what Gail Lewis refers to as a ‘community-in-the-making’ where a dialogue ‘despite and through’ differences might be possible - a dialogue that expands ‘what is deemed legible and comprehensible’. And this feels to us like a genuine and timely cause for celebration. Here are some of our own responses to each other’s stories, penned after we had shared and read them, and taken from the penultimate chapter of our collaborative enterprise:

“I am filled with a feeling of joy, sharing this space with so many amazing women …Thank you all for trusting me with your stories ... I like the music we are making and I want to dance!”

“Reading all of your pieces has been like … being let loose in the most wonderful library where, as in all libraries, you find echoes of yourself alongside thoughts and ideas and experiences you might never otherwise have encountered and are much richer for it. I loved the nuance and detail of all the pieces. Each one felt like being invited in and guided around the inside of so many experiences, mapping them out – look, here the sore places; here though, look at what I did, what I made, who I’ve become. And now, look at what we are all doing here together in this collection. I think what we have produced here is utterly amazing.”

“It’s such a treat to be able to share reflections on these wonderful chapters before we all get tidied and formalised into a book. I imagine us still whispering to each other between the pages, even once we’re typeset and bound on a shelf. Settle down girls! Stand up straight! You’re in a library now!”

They are important, these women’s voices. They offer fresh insights, stimulate new conversations, encourage others to write their own autoethnographies. We hope they might be heard – and celebrated – well beyond the confines of university libraries and well beyond a single International Women’s Day. 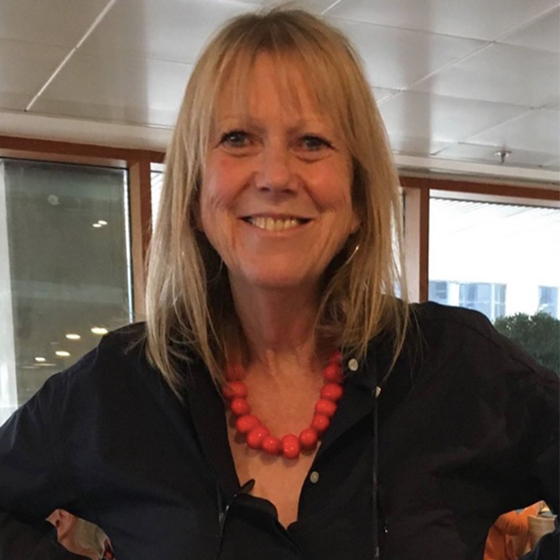