The Cubic Shape of Life

In this article, Marek Kuźniak, author of The Geometry of Choice, shows how cube-shaped geometry matters to humans as choice makers.

Cubic geometry is ubiquitous though unobvious to us. That's the paradoxical message I try to convey in The Geometry of Choice: Language, Culture, and Education (2021). Cubic geometry permeates every aspect of our activities, whether individual or collective. There is a common consensus around the idea that the space we operate in is three-dimensional (length, height, width). Besides, hardly anybody questions that these dimensions are embedded in the concrete reality with its four cardinal directions: the west, the east, the north, and the south. As we know, the determination of these directions is not arbitrary, but it is tightly linked with the properties of the Earth's rotational motion, which takes place around the Earth's axis. In this sense, the cubic shape of our life appears as something natural. All this leads us to think of a cube as if contained within our global spherical experience. In other words, a cube seems to be spelled in a sphere (cf. Dąbek-Derda 2017), but we generally pass it unnoticed.

We tend to ignore things that are invisible to us; this is human. The cubic lining of our spacetime is an outstanding example of it. We have a common-sense proof for the sphere, less so for the cube. When we go out into the open spaces, we look up at the sky and identify the semi-spherical shape. When flying the plane, we also get the 'folk' evidence of the spherical globe, which we normally see as flat given the ground perspective. The 'sky is the limit', they say. Indeed, it is so. The apparently limitless space has its inherent constraints. The constraints are cubic. The spell is cast.

The CHOICE is CUBE metaphor, which I discuss in my book, is not something we live by, at least not in a sense developed by George Lakoff and Mark Johnson in their monumental Metaphors We Live by (1980). Unconventional, non-intuitive, expert – these are the attributes of the cubic metaphor we need to have in mind while embarking on further explorations. The drawback is the lack of direct evidence for this lining. Instead, the researcher needs to collect indirect clues for a cube that they feel is pivotal to describing the human condition.

All in all, the assumption is that the discreet cubic composition of our reality has a bearing on the forms of our activities. Such composition yields consequences, one of the most prominent being the constraining effect of a cube, which directly arises from its container properties and its three constitutive dimensions: height, length, and width. (cf. Johnson 1987, Krzeszowski 1997).  For example, whenever we choose to do something, we are necessarily constrained by spacetime with its cubic attributes. No escape. Our action, whatever it is, becomes inevitably subject to temporal and spatial limits, which are best manifested as LEFT-RIGHT, FRONT-BACK, UP-DOWN dimensions of CUBE.

This constraining 'cage' effect touches the foundations of our action, which are covertly cubic, as choices we make – regardless of their scale and weight – are inescapably affected by a cube-shaped world. Look again at choice-making itself. It is not a static thing. Choices are dynamic, gradable. They may be more or less significant to us. This evokes the concept of hierarchy, which is reflected by the respective UP-DOWN poles of the scale (HEIGHT dimension of CUBE). Everyone agrees; we look things UP we respect; at the same time, we look things DOWN we disdain.

In addition, the choice we make happens here and now, in which case LEFT-RIGHT poles are highlighted. This is because we conceive time as LINEAR, and our actions are points on that line (LENGTH dimension of CUBE). The CUBIC dimension of LENGTH with its LEFT and RIGHT orientation ideally translates into the LINEARITY of time, at least in Western culture. But even in cultures with the so-called CIRCULAR conceptualisations of time, the second law of thermodynamics is still valid. The law and its flagship concept of entropy predict that spontaneous processes are irreversible. For example, the observed repetitive patterns of day and night, though seen as CIRCULAR, may technically be viewed as SPIRAL due to the working of the fundamental 'arrow' of time. "No man ever steps in the same river twice", Heraclitus said. He is right, no matter whether our conceptualisations of time are LINEAR, CIRCULAR, SPIRAL or otherwise. This property of irreversibility enables us to project choices as past (LEFT-oriented) or future (RIGHT-oriented).

Last but not least, our choices may be more or less transparent to other people, in which case FRONT-BACK aspects are in focus (WIDTH dimension of CUBE). How often does it happen that the choices we make are just at the back of our heads (BACK), and we are reluctant to share them with other people (FRONT)? Certainly, sometimes we boast our choices (FRONT), which we hope upgrade us in other people's eyes like, for example, when we decide to buy a luxury house in the beautiful countryside, and we announce that decision on social media. Still, it seems most of our choices are hidden from third-party inspection.

The CUBIC attributes of CHOICE underlie various aspects of our activity. As I argue in The Geometry of Choice, this impacts our understanding of such key aspects of social life as language, culture, and education. Take language. When we communicate, we necessarily choose to speak more or less formally (HEIGHT), our speech is longer or shorter (LENGTH), as well as more or less contentful and clear (WIDTH). The same applies to culture, which may be higher or lower (HEIGHT), more or less progressive (LENGTH), more or less contentful (WIDTH). Also, institutions such as academia seem to be subject to the same constraints. They may be more or less prestigious (HEIGHT), conservative or progressive (LENGTH), their educational offer capacity being broader or narrower (WIDTH).

Certainly, the research path is only delineated rather than well-trodden. Still, I hope the CHOICE is CUBE metaphor is a rich and promising multidisciplinary ground for further investigations into the cognitive foundations of, e.g. moral behaviour (cf. Johnson 1993, 2014, 2018), cognitive social science (cf. Turner 2001), philosophy and neuroscience, including choice modelling (cf. Wang and Busemeyer 2021).

​Marek Kuźniak is a Professor of Linguistics at Wrocław University, Poland. He is the author of books and articles in cognitive linguistics, legal translation, pragmatics, and philosophy of language. He is a member of numerous Polish and international associations, including the Polish Linguistic Association, Polish Cognitive Linguistics Association, Linguistic Society of America, and Societas Linguistica Europaea.

Johnson, M. (1987). The Body in The Mind: The Bodily Basis of Cognition. University of Chicago Press.

Johnson, M. (2018). The Aesthetics of Meaning and Thought: The Bodily Roots of Philosophy, Science, Morality, and Art. University of Chicago Press. 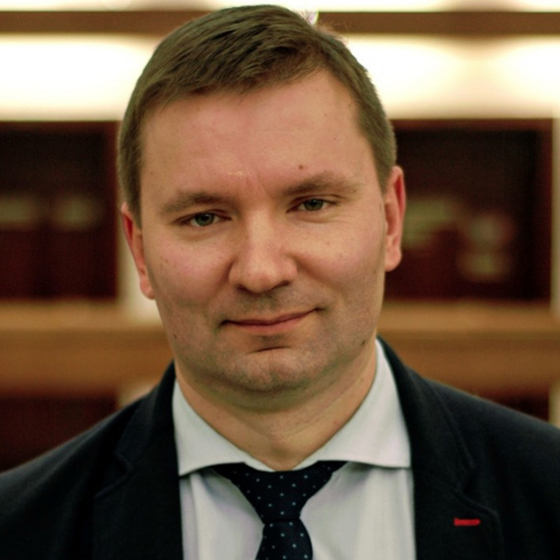