By the author of The Psychology of Micro-Targeted Election Campaigns

When the Cambridge Analytica scandal broke in 2016, the use of personalised data in political campaigns became a national conversation. The public learned that their personal data could be used to generate individualised models used to optimise political campaigns to influence their vote. The function of micro-targeted models is to generate increasingly sophisticated and relevant voter categories and to use these to test and make messages that fit those individual categories.

While this presented the public with insights into seemingly new strategic and tactical modelling (that some consider to be Machiavellian), tailoring messages to the intended audience is nothing new. Plato famously noted that there is nothing easier than to praise Athens in front of Athenians. In the past, campaigns might use coarse-scale demographic information to generate different messages for urban and rural citizens, for men and women, for young and old, and for people with different levels of affluence and education. For campaigns, the intention is simply to understand the electorate to persuade them more effectively.

In this light, micro-targeted campaigns are a continuation of this intention. The use of data rather than pre-set categories to drive segmentation and the introduction of more sophisticated psychological reasoning and decision-making models increase the usability of micro-targeting.

Recent decades have seen a significant advance in empirically tested psychological models that predict how people revise their beliefs and why they behave the way they do. It is important to keep belief revision and behaviour separate – after all; a person may support a party or a candidate, but may not turn up on Election Day for a myriad of reasons.

So-called Bayesian models (named after Thomas Bayes who developed the theorem) use people’s subjective beliefs to model how they will react to new evidence or to suggestions from other people. The French mathematician, Laplace, elegantly described this approach as ‘common sense formalised’. If the campaign elicits key parameters such as the person’s belief prior to the persuasive attempt or how they see the credibility of the candidate, Bayesian models can be used to model how the voter will respond to particular pieces of persuasion.

Bayesian models have been tested empirically to account for a variety of reasoning functions. This includes argumentation, how people react when they see evidence first-hand, how they respond to messages from sources they subjectively perceive as more or less reliable, how they see the relationship between multiple sources of information, and arguments classically considered to be fallacies (e.g. the slippery slope, ad Hitlerum, argument from ignorance).

Critically, Bayesian models describe the process of belief change. That is, if two people differ in their beliefs, reliability assignments, and so forth, the process suggests they should arrive at different conclusions when faced with the same evidence from the same source. Given a heterogeneous electorate, we should expect a lot of variation for these reasoning parameters.

Campaigns can use data to parameterise Bayesian models and to segment the electorate. For example, a campaign can benefit from estimating political preferences, subjective beliefs regarding hypotheses and candidate reliability, and the likelihood of voting for each voter. To do this, campaigns can use different types of data such as demographic data (age, education, gender, etc.), digital data (word choices on Twitter, frequency of posting, social connectivity, etc.), and consumer data (shopping habits, transportation use, etc.). Further, data such as word choices can be used to estimate psychometric measures such as personality profiles, moral foundations, and so forth. Finally, in first-past-the-post elections, individualised data can estimate if the voter lives in a competitive borough or state.

Cross-tabulating personal data such as this with essential characteristics can generate models of personal values, policy preferences, and subjective beliefs. For example, if a person buys organic products and tweets about climate change, they are likely concerned about environmental policies. In this way, data can be used to build individual voter profiles that can then be segmented into increasingly specific clusters of voters. That is, rather than using pre-set distinctions (young/old, rich/poor), data-driven campaigns can find the most appropriate distinctions.

Once the campaign feels satisfied with the categorisation, it can begin to experimental trials to find the most persuasive way to contact each subset of the electorate. This can be done through A/B-testing, focus groups, or other experimental methods. In this way, micro-targeting helps the campaign to find and categorise relevant voters, figure out what to talk to them about (policy preferences), and learn how to talk to them about that issue (message optimisation).

Of course, the types of categories that emerge and the data available to generate these are extremely context-specific, as each country will have different data protection laws, different campaign spending limits, and other mitigating circumstances. Yet, the principle of micro-targeted campaigns remains to figure out the most effective way to speak to each subset of the intended electorate.

Analytic micro-targeted campaigns provide strategic and tactical advantages. They help the campaign to identify the most relevant sections of the electorate, what these voters are concerned about, and how best to persuade them that the proposed candidate can address these concerns. This segments the electorate demographically, politically, and psychologically.

However, analytic models are conceptually limited. By design, each category is isolated from the other in order to find the most appealing message for that subset of the electorate. This separation becomes increasingly untenable, as citizens gain the ability to disseminate information through social media. Some messages might work very well with a specific subset, but may dissuade a broader section of the electorate. Analytic micro-targeting would develop these messages, but cannot account for the scenario where recipients share those adverts on social networks. This can cause a backfire effect where increased specificity can harm, rather than help the campaign. Further, analytic micro-targeting does not take people’s social network into account. A person may be socially important, but may live in a non-contested state or borough. Thus, analytic segmentation might fail to find potent influencers that could be used in the campaign.

To handle these complex, interactive systems where voters can engage with each other as well as with the campaign, so-called dynamic models can be used. These simulate individual voters, but place them within social networks and imbue them with capacities to share information with their friends. In this way, it is possible to simulate the cascading effects of persuasive attempts. This enables campaigns to use data-driven, psychologically motivated social network models in conjunction with analytic models.

Data-driven and psychologically motivated micro-targeting can assist in running a campaign more effectively. As psychological models get more accurate they can, armed with data and experimental designs, generate increasingly accurate models of belief revision and causes for behaviour (e.g. voting). In addition, as societies become more heterogeneous, it is likely that policy preferences equally proliferate (e.g. for a fully homogeneous population, micro-targeting should be irrelevant). These should in principle make micro-targeted campaigns increasingly useful and potent.

However, it remains unclear how effective these campaigns are. They are still in their infancy, as modellers figure out the most accurate models, and it is difficult, if not impossible, to assess counterfactual election outcomes (e.g. it is impossible to know if the 2016 Presidential outcome would have been the same without these types of campaigns). In reality, these campaigns probably assist and help the campaign, but they are certainly not all-powerful. Bad models, poor data, and lack of expertise can derail micro-targeting efforts.

Regardless of the actual impact (which will also be contextual and election-specific), we have to keep in mind that data-driven, psychologically motivated micro-targeting requires four things: time to generate and test models and messages, money to purchase data, access to data (e.g. GDPR regulations protect European citizens in ways American voters are not), and access to expertise. The USA provides the best ground for micro-targeting, as their data laws are less restrictive, they have unlimited campaign spending, they know the date for the election years in advance, and they have access to expert modellers and coders.

Jens Koed Madsen is a senior research assistant at the University of Oxford, UK, a fellow of the Oxford Martin School, The Institute of New Economic Thinking and an associate of St. Catherine’s College. His work focuses on the psychology of persuasion, belief revision, decision-making, and models of complex human-environment models. 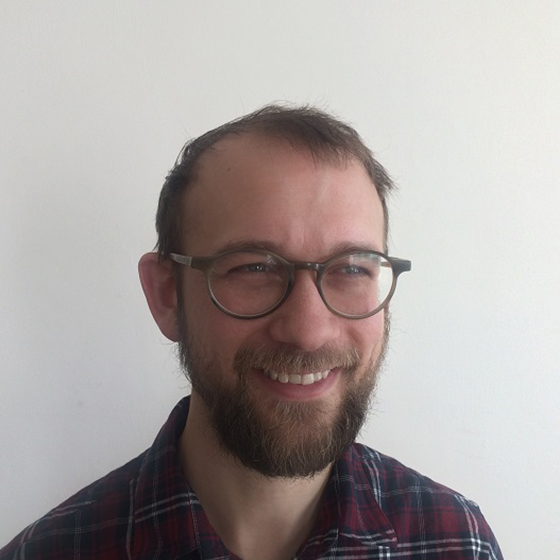