Young People and the Far Right

In this article Pam Nilan, author of Young People and the Far Right, discusses how young people get attracted to the Far Right and why they leave.

There has been much conjecture about why young people, young white men in particular, might get attracted to the Far Right. Explanations range from labour market exclusion, to hypermasculinity, to individual pathology, pre-existing racial prejudice, and social media pressure. However, in the end we will find no single, straightforward and satisfying answer to the question of “why”. On the other hand, we can learn a great deal about the phenomenon by looking at how young people, young white men in particular, get attracted to the Far Right. Three things are immediately obvious. First, Far Right propaganda appeals to the emotions, encouraging strident ultra-nationalism and xenophobia. Second, supporting the Far Right is a decision usually made by 15-25 year olds. After the age of 30, membership tends to drop off. Third, the majority of Far Right supporters are men. Accounts of the Far Right often focus on terrorist events, plots or extreme acts of violence. Yet it is also vital to look at quite ordinary young people and how they get involved in this loosely connected, but threatening, social movement.

Far Right recruitment sets out to activate the emotions and feelings of young people using persuasive discourses like white victimhood, anti-elitism and invasion. That rhetoric – offline and online - offers them the opportunity to step up to an apparently heroic cause that will change the world. Joining a Far Right group might well seem full of thrilling rebellious possibilities. Recruiters use chatty, temptingly radical approaches such as, “would you like some societal collapse with your coffee?” (The Base - USA). Extremist right-wing propaganda floods online channels, including social media, with misinformation to pull in young people seeking to express a grievance. Sensational claims grab their attention. Lies and fabrications are parcelled up in conspiracy theories and calls to righteous action. Websites feature tantalizing fantasies of the hero saving the blood-pure nation, as well as the promise of political/personal recognition and triumph. Membership promises a new high-status rebel identity and supportive belonging. The promise to the young person is that they will move forward and upward along with the flowering of the primordially “white” nation and its people. In history, that is more or less the same promise that was falsely made and then failed in the Third Reich.

Notably, not all young people who support right-wing extremism want to join a formal organisation. Extremist imagery and rhetoric also attracts digital “floaters” who enjoy acting smart and causing trouble under the banner of irony, parody and iconoclastic humour. Trolls, “shit-posters”, “zoom-bombers” and “edge-lords” (mainly young men) fit into that category. They advance the cause of the Far Right by casually spreading white supremacist, anti-elitist/anti-government - and misogynist – opinions and misinformation. They encourage the idea that online abuse is a form of fun. Far Right advocates routinely infiltrate chat sites used by young (primarily male) video-gamers, urging what some call the gamification of hate; framing racist/misogynist hate discourse and dissemination as a kind of competitive game played online. The aim is to lay trails of motivating and desensitizing content to the point where a young person might be ready for radicalization.

Nevertheless, personal relationships remain a most important motivator for generating Far Right support and membership. Social science research has identified that the majority of individuals are lured in by people they know personally. Group members are often friends or associates - sometimes even relatives of potential recruits. In the end, young people are at a vulnerable stage of their lives, and radical political decisions – such as joining a Neo-Nazi network or a banned political organisation - may prove disastrous for their future lives in the long term. Some time after joining, they likely become aware of the two-way violence in hate, lies and manipulation. They may come to fear losing their humanity as they develop a conscience about the violent and ultimately futile acts carried out by the Far Right. When it comes to white supremacy and misogyny, violently dehumanizing others is always dangerous practice because it implicitly dials back the humanity of the promoter. Far Right groups and networks offer young people the false promise of belonging in the now, and greatness in the future, through xenophobic and misogynist practices of hate. Extreme groups like the Neo-Nazis break down social trust at every level, to leave the young recruit with very limited resources for long-term well-being.

Prior to the point where a member leaves, disaffection may set in as feelings of grievance and entitlement diminish over time. The thrill of rebel behaviour may fade as the body ages. Extreme hate rhetoric may become repetitive and start to seem pointless. Maturing members become much more aware of risks to personal safety, wellbeing and future prosperity. The lure of a normal life beckons. Yet leaving may not be easy. Depending on the extremist nature of the group, stepping away might actually be dangerous. At the level of identity, there may be a sense of loss, of losing deep bonds of friendship, of no longer belonging anywhere. That is why exit-counselling groups like Hope Not Hate (UK, Canada), Exit Sweden, Exit Deutschland, and Life After Hate (USA) are so important. They are staffed by ex-members who can validly assist individuals who want to leave Far Right groups. Exit-counsellors readily understand the challenges because they have dealt with the same residues of a hate-based identity, and the same long-term consequences of a stigmatised reputation.

Pam Nilan is Honorary Professor in the Alfred Deakin Institute for Citizenship and Globalisation at Deakin University, and Conjoint Professor (Sociology) at the University of Newcastle. A youth sociologist, she has published on youth topics in Australia, Indonesia and Fiji. A recent broad-appeal book is Muslim Youth in the Diaspora (2019). 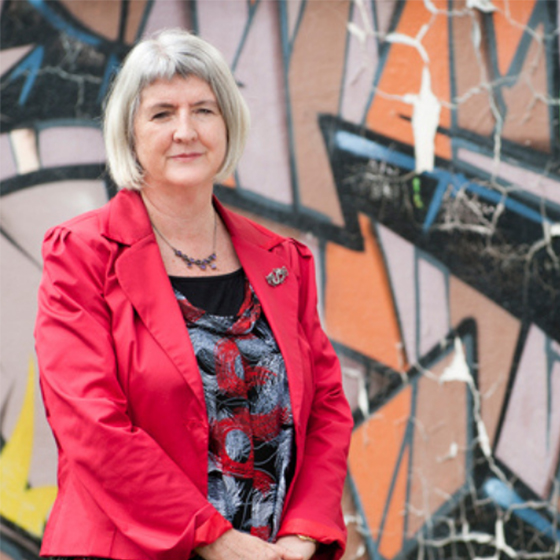