By the author of The Elusive Case of Lingua Franca

In an age where technology is increasingly used in language documentation - audio devices to record language samples, software to ease and speed up transcription, programmes to facilitate data analysis, - it may seem anomalous, old-fashioned even to document a language by working in an archive.

Yet the linguist, Frank Seidel has drawn parallels between modern day digital documentation and more traditional philology, and highlights the value of the latter in providing a more complete picture of a language.

In the case of Lingua Franca, a now extinct language spoken across the Mediterranean and into North Africa from the 17th-19th centuries, archive research offers a valuable and perhaps the sole means of extending its small corpus. As Karla Mallette, who has written extensively about Lingua Franca, advocates, I have engaged in close textual analysis of ‘narratives: the bits and pieces that wash up on the Mediterranean shores like driftwood following storms at sea.’

Correspondence found in the National Archives at Kew shows the multilingual repertoires of merchants and diplomats in the Barbary regencies of Tunis and Tripoli. Letters, receipts and legal documents recovered from the English consulates in the two cities provide an impressionistic portrait of the language landscape. And they provide so much more…

Immersing yourself in an archive opens a door into a world and an era in a very different way to simply reading about it in an academic tome or work of non-fiction. You sit alone quiet at a desk armed simply with a pencil. Just as the author of the letter you’re reading did. You feel an immediate connection. There’s an awakening of the senses. Touching the parchment - sometimes rough and fibrous, other times delicate, translucent as tracing paper - transports you back centuries. The colours of the paper - once cream, now yellowed with age, and the ink, faded to an almost purple-tinged brown; the sepia hues consistent with the remote past they relate. The looping calligraphy, often annotated by its recipient, covers every scrap of the paper, writing heads in several directions across both sides of the sheet, before being folded meticulously and addressed and sealed in the final corner. Indecipherable at first, gradually the words emerge. Although they are written, you must say them in your head, or better still out loud to recognise that a word may have been broken into several smaller units or elided with another. As such, it appears alien until that magic moment, what the philologist Leo Spitzer called ‘the inner click’ - like a blurred image coming into sharp focus.

The letters come from people in all walks of life with various requests, complaints and needs, from the very real concerns of a tailor, anxious that  the Pasha might not like his latest creation for him, and that he needs it delivered promptly and paid for; the woman whose brother has fallen ill and desperately  needs the Consul’s intercession  on their behalf; the merchant longing to escape life in Livorno imploring the Consul to offer him employment based on his knowledge of local languages and ability as a scribe. The rich tapestry of Barbary life and its multinational, multilingual population comes alive from their letters.

Joanna Nolan is a Tutor at SOAS, University of London, UK. She has taught linguistics courses to both undergraduates and Masters’ students. 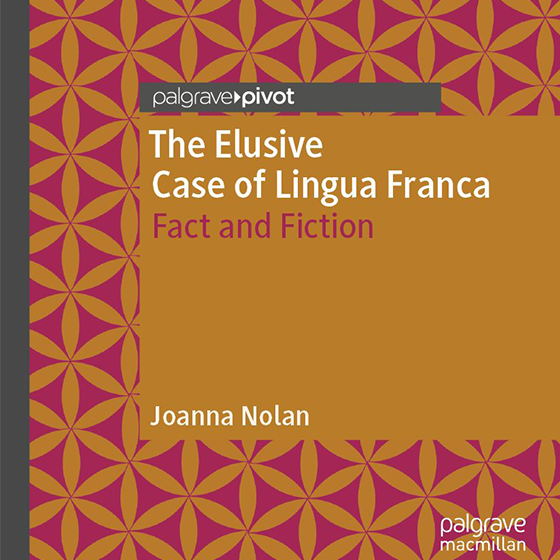