Cyberbullying in childhood: An evolving form of bullying

Since the pioneering work of Dan Olweus in the 1970s, researchers and practitioners have explored young people’s experiences of bullying. Over the years, researchers have highlighted both the short-term and long-term impact of involvement in bullying during childhood. There is evidence that involvement in bullying is associated with negative psychosocial adjustment and ill health (Smith, 2004). However, it is important to remember that not everyone who is involved in bullying will experience negative outcomes with frequency of involvement, the duration, and the social support available acting as protective factors from potential adverse consequences (Hooven, Nurius, Logan-Greene, & Thompson 2012; Stadler, Feifel, Rohrmann, Vermeiren, & Poustka 2010). Due to this wealth of evidence, schools in the UK must have appropriate anti-bullying policies and a number of anti-bullying interventions have been developed but the effectiveness of these are mixed (Merrell, Gueldner, Ross, & Isava, 2008). Despite these attempts to reduce bullying, bullying remains a daily reality for many young people and the nature of bullying is evolving with digital technology.

Until the turn of the millennium, the focus of bullying research was primarily on young people’s experiences of in schools. However, following the launch of a website that addressed cyberbullying in Canada in 2003, the term cyberbullying began to appear in the academic literature (Bauman & Bellmore, 2015). This also coincided with the increasing access to digital technology and the evolving nature of social media. Since this time there has been an increase in research examining cyberbullying. This research has tended to focus on three areas: the reported prevalence of cyberbullying, the characteristics of cyberbullying, and the impact of cyberbullying.

Although there is still an ongoing debate about the characteristics of cyberbullying and whether it is an extension of face-to-face bullying or a unique form of bullying, the reported prevalence rates suggest that for many young people cyberbullying is a regular occurrence. For example, research suggests that as many as 7 in 10 young people in America report involvement in cyberbullying (Juvonen & Gross, 2008). However, other studies have reported that fewer than 1 in 10 young people are involved in cyberbullying (Wachs, 2012). This wide variation may be due to the methodology researchers have adopted to examine cyberbullying, the age of the participants, a desire to under-report cyberbullying because of a fear that access to technology will be removed, or a genuine reflection of young people’s experiences. There is also growing evidence that involvement in cyberbullying is associated with similar negative impacts as face-to-face bullying in the short-term (Nixon, 2014). However, many of the studies conducted to date are cross-sectional in nature meaning that the longer-term impacts of being involved in cyberbullying remain unclear.

Lucy R. Betts is Reader in Social Developmental Psychology at Nottingham Trent University, UK. Recently her research has examined cyberbullying, perceptions of risk, and young people’s technology use. Previous research has focused on aspects of children’s social relationships with regard to psychosocial and school adjustment. 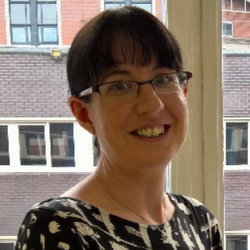