In this article Zsuzsa Millei, Nelli Piattoeva, and Iveta Silova, editors of Childhood and Schooling in (Post)Socialist Societies, discuss their research into the everyday lives of children in (post)socialist societies.

Thirty years since the fall of the Berlin wall, the media and public forums continue to be fascinated with aspects of everyday life in socialist societies. There are museums dedicated to this historical period, such as the interactive DDR museum in Berlin, showcasing typical apartments, weekend gardens, and artefacts of average East-German families. Visitors can sit in a Trabant or buy a piece of the Berlin Wall to get a ‘real’ feel of the East. In Tampere Finland, the Lenin museum gives a more comprehensive picture of the Soviet rule, focusing on relations with Finland, and offers a spot for taking selfies with Lenin on a motorcycle. There are also a growing number of books chronicling private memoirs of people who lived through socialism or experienced the dramatic changes after 1989, such as ‘Born in the GDR: Living in the Shadow of the Wall’ by Hester Vaizey or Remembering Communism: Private and Public Recollections of Lived Experience in Southeast Europe edited by Maria Todorova and colleagues. Furthermore, media offers new spaces for artistic representations, such as Zoya Cherkassky-Nnadi’s drawings of ordinary lives in the Soviet Union in Russia Beyond.

Despite the growing interest in mining socialism for personal connections, emotional experiences, and nostalgia, or even searching for viable alternatives to neoliberalism within (post)socialist spaces, we still know very little about how ordinary people, especially children, led their everyday lives in socialist societies. Existing accounts of socialist childhoods are usually framed within Cold War binaries, obscuring the diversity of childhoods within the region, their similarities to other places, and changes across time. More importantly, such accounts tell very little about how different childhoods were experienced from the perspectives of children themselves.

As scholars born and raised in different parts of the former socialist world, we felt that existing research and public narratives have often failed to capture our childhoods and the childhood experiences of many of our relatives, friends, and colleagues. We wanted to bring to light the ambiguities, ethical and aesthetic paradoxes, and multiple transgressions that were equally present in our socialist childhoods, as well as to question the dichotomies and artificial divisions created in earlier studies. Ultimately, our goal is to make space for the cultural insiders to speak in their own voices and on their own terms about their childhood experiences.

Drawing on autobiography, autoethnography and collective biography, we have brought together colleagues from various socialist contexts – spanning from Central Europe to mainland Asia – to explore our memories and experiences together. The discomfort and excitement that we have shared about remembering our childhoods has led to numerous, and still ongoing, intimate exchanges that gradually developed into in-depth and organized conversations, drawing in a larger number of audiences. These inspiring discussions and the diverse memories that they generated have crossed multiple disciplinary and geographic borders and are presented in our book, Childhood and Schooling in (Post)Socialist Societies: Memories of Everyday Life, and a special issue in the European Education journal, Revisiting Pasts, Reimagining Futures: Memories of (Post)Socialist Childhood and Schooling.

We’ve also launched an interactive website through which we aim to engage the broader public in sharing the memories of socialist childhood. We would like to see this website as a step towards extending the intersubjective, in-between spaces of memories where childhood stories and experiences of social transformations could be collected, exchanged, and brought into dialogue in an open, innovative, and collaborative manner.

Forming a living kaleidoscope of childhood memories written by scholars with first-hand experiences of growing up in (post)socialist societies, our research project helps to better understand the historical era of socialism and its impact on the most vulnerable segment of the population. It gives an intimate insight into how economic and political structures, societal norms, allowances, and restrictions for children in society impressed on children’s lives in their own experiences.

Socialism was an ideologically shaped counterculture to capitalism, which aimed to create new, morally and psychologically superior human beings whose consciousness would be re-oriented away from materialism and individuality. The socialist project saw children as impressionable civic and political actors, embodying and building a new politics, social order, and society. Yet, while this ideologically dominant context intensively shaped children’s everyday lives, children also lived quite ordinary lives outside the official realms. The memories of childhood and schooling we have assembled so far vividly illustrate that children navigated state expectations with mixed feelings of attachment, dullness, and alienation. Ideologically driven activities, such as working on collective farms, participating in construction camps or collecting recycled paper, were simultaneously riddled with fun and boredom, optimism and meaninglessness. Children also resisted dominant discourses by challenging adult authority and by simply being children – riding bicycles, climbing trees, or eavesdropping on adult conversations. Ranging from open resistance to the political regime to mundane and often invisible acts that breached expectations of a ‘proper’ socialist child, memories of everyday life under socialism provide ample evidence of vibrant childhoods that escaped, transgressed or rearticulated the prescribed ideologies and societal norms.

By bringing into dialogue public narratives and personal memories, our research attempts to override – and overwrite – the multiple artificial divisions of the world, revealing the richness of post-socialist contexts and ultimately challenging what is often considered ‘normal’ and ‘natural’ in the historical accounts of socialist childhoods. Even more so, memories transfigure into connections, linking seemingly unrelated people, ideas, and objects from different corners of the world into vast webs of interconnections, often in new and unexpected ways.

Iveta Silova is Professor at Mary Lou Fulton Teachers College at Arizona State University, USA. Her research focuses on the study of globalization and the intersections of postsocialist, postcolonial, and decolonial perspectives in education.

Nelli Piattoeva is a Senior Lecturer at the Faculty of Education, University of Tampere, Finland. She is interested in the post-Soviet audit culture and its effects on schools, as well as the production of numerical data on education and the political work done with numbers.

Zsuzsa Millei is a Senior Research Fellow at the Institute for Advanced Social Research, University of Tampere, Finland. Her work explores the cultural politics of childhood, childhood and nation, childhood as a political form of being, and children as political actors. 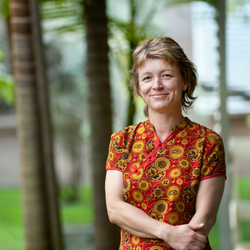 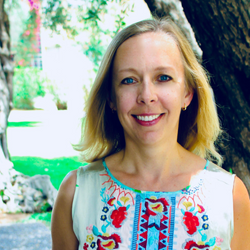 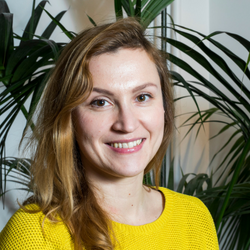