In this article Jessica Gedamu, Global Diversity and Inclusion Director at Springer Nature, discusses sexual orientation and gender identity in the workplace, why it shouldn’t have to be hidden, and how businesses can make a change for the better.

Our sexual orientation, regardless if hetero- or homosexual, is weaved into nearly everything we do outside of work. When sexual orientation must remain private, it means not talking freely about what we did on the weekend or with whom we go on vacation. It means always making sure to speak of “I” instead of “we”. It means not talking about families, partners, and children. It means leaving out a big part of who we are when we form social ties with our co-workers. Research shows that as humans, we have a biologically based need to belong; to feel included, supported and valued by others socially – in the workplace as much as anywhere else.1 Feeling socially excluded for who we are can negatively influence our wellbeing and decrease our motivation, performance and productivity.

A recent study in Germany finds that a quarter (26.2%) of respondents have experienced situations at work in which they were afraid to be recognized as gay or lesbian. Another 25.3% stated they often thought it necessary to hide their sexual orientation at work.2 Fears of being exposed in the workplace are even higher for bisexual (30.6%) and trans* respondents (42.5%) and more than a third of bisexuals (36.9%) and almost half (46.1%) of all trans* respondents felt they need to conceal their sexual orientation or gender identity.

This is not a plea for LGBT+ people to come out. This is a plea that it should be possible to come out – if one choses to do so – without fearing repercussions. What does it need to make that possible? Put simply: a workplace that is safe and where people are comfortable being themselves. How can we create a safe workplace? There are a number of things organisations can do. At Springer Nature, we have just launched our first employee network, Springer Nature Pride. Springer Nature Pride is a group for members and supporters of the LGBT+ community at Springer Nature and our CEO Daniel Ropers is the executive sponsor. The network is embedded in our broader commitment to diversity and inclusion (D&I), which is supported by the management board and our D&I Champion on the board, Rachel Jacobs, as well as by a Council and an Advisory Group of senior leaders who are committed to leading and driving D&I in their fields. For us, SN Pride is an important step to communicate that we value people of all sexual orientations and gender identities and we want to work together to remove any barriers that might otherwise stop them from succeeding at work.

Does that mean that each and every of our more than 13,000 employees around the world feels the same? Probably not. Like many other companies, we also operate in countries where homosexuality is illegal. But irrespective of location, there are always people who disapprove of people who identify as LGBT+. And while we make sure to comply with local legislation wherever we operate, we also make it clear that it is part of our values and set of beliefs as an organisation that inside our walls everyone is treated with respect. Our code of conduct prohibits discrimination on the basis of individual characteristics, including sexual orientation, and that’s what we expect from everyone. But prohibiting discrimination is not enough. It is by raising awareness, fostering communication and by connecting people that organisations can become truly inclusive.

Having launched only a short while ago, SN Pride is in the early stages. But the response was great and we expect the network to expand into local chapters, to allow for face-to-face community building and account for local contexts. At the well-attended launch event in London, Professor David K. Smith of the University of York gave a brilliant talk about LGBT+ in Science, followed by a vibrant discussion. He mentioned a study that had looked at the consequences of how safe a workplace feels. A survey of LGBT+ individuals working in science, technology, engineering, and mathematics (STEM) fields showed that people hide their sexual orientation or gender identity to different extents, depending on how safe they feel their working environment is. The majority of people (92%) felt they were in a safe environment, and not surprisingly, came out to a greater extent than people who felt they were in an unsafe environment. They described their openness about their identity on average as 3 on a scale from 0 (I am not out to anyone in this group) to 5 (As far as I’m aware, everyone in this group could know). People in a perceived unsafe environment (2% of respondents) rated their openness significantly lower at 1. Interestingly, people who were unsure whether their environment is safe or unsafe (8% of respondents) came out the least, with their openness rating averaging considerably below 13.

For a workplace to feel safe is where allies to the LGBT+ community can make a huge difference. They can crucially contribute by being actively supportive: for example by speaking up against homophobic, biphobic or transphobic jokes or remarks, being vocal about equal rights or joining LGBT+ events or Pride activities. Being an ally can also mean sending small signals to communicate that the environment is safe, because sometimes inclusion is about the small things, the subtle cues. Like when shortly after I joined Springer Nature, a colleague asked me what my male or female partner (in German: Partner oder Partnerin) would say about a specific thing we were talking about. To me it was significant because it invited me to speak about my wife with ease.

I believe that no matter the topic, sometimes it's the small things that we as individuals can say or do that make other people feel included. As organisations, it is part of our responsibility to make our workplaces safe for everyone too.

1. Cox et al (2016): The Science of Inclusion: How we can leverage the brain to build smarter teams. Neuroleadership Journal, Volume 6, November 2016 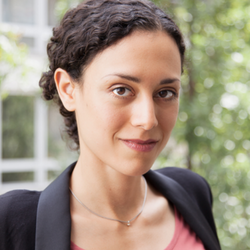